The Winfield Tip-Off Classic started in exciting fashion for the Winfield boys team, with their first game was against the Lutheran St. Charles on Tuesday, Dec. 3 at 3:30 p.m. 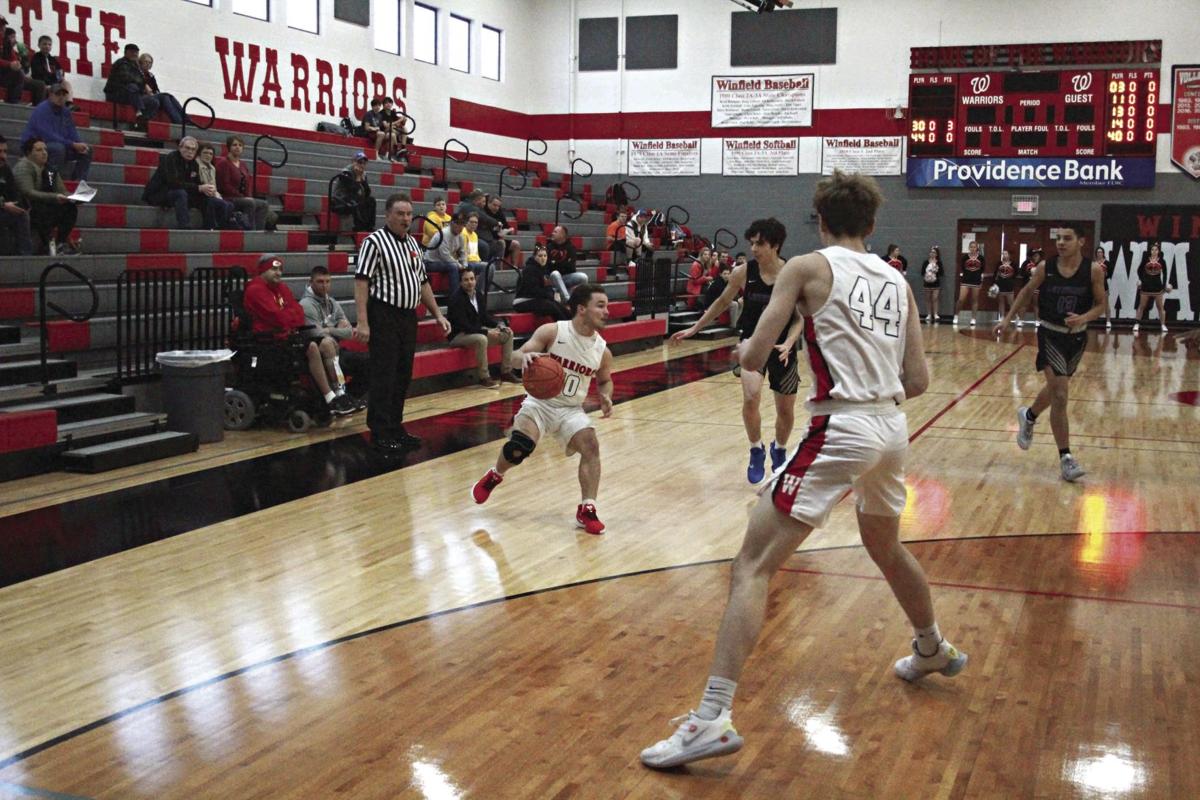 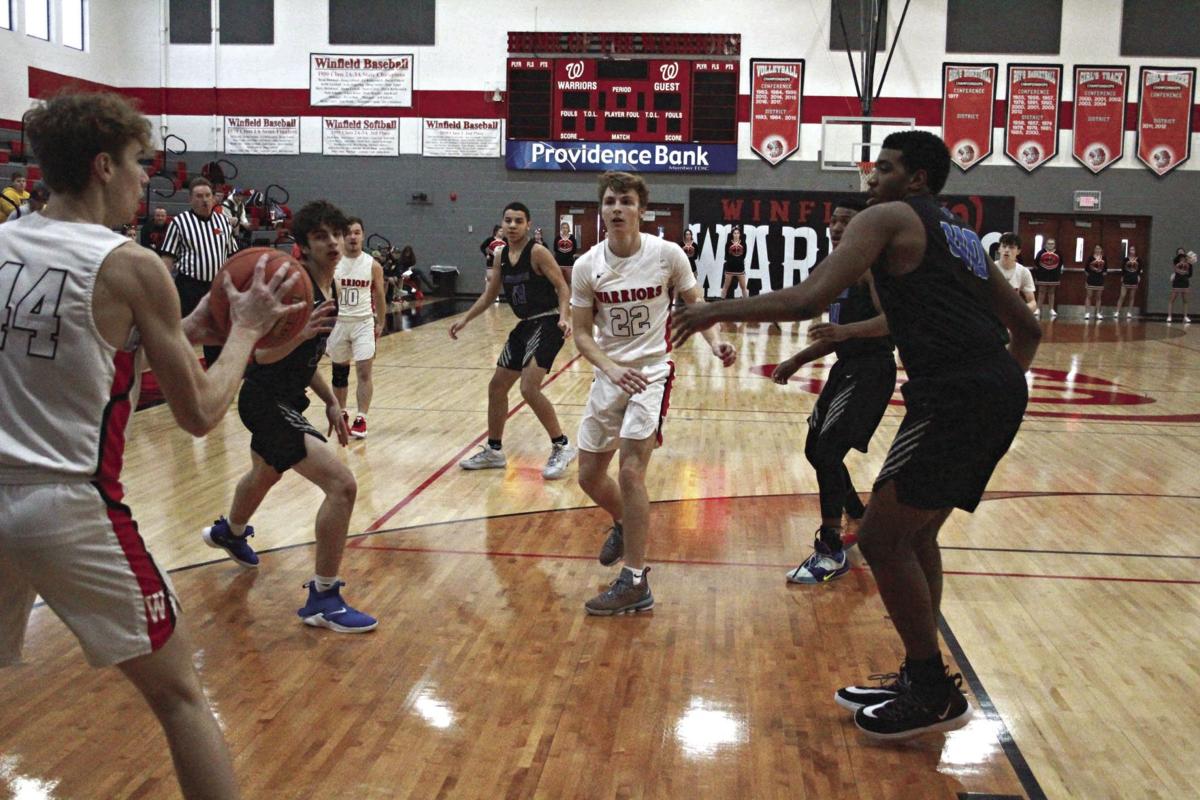 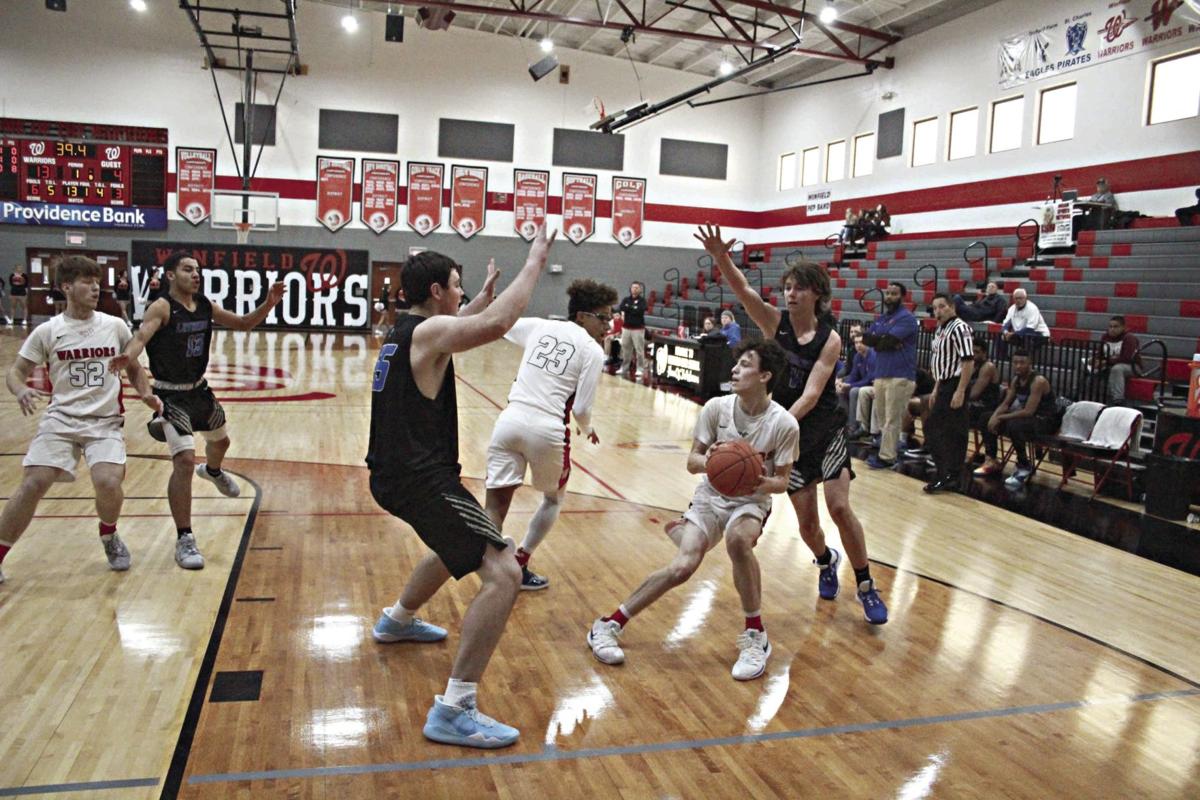 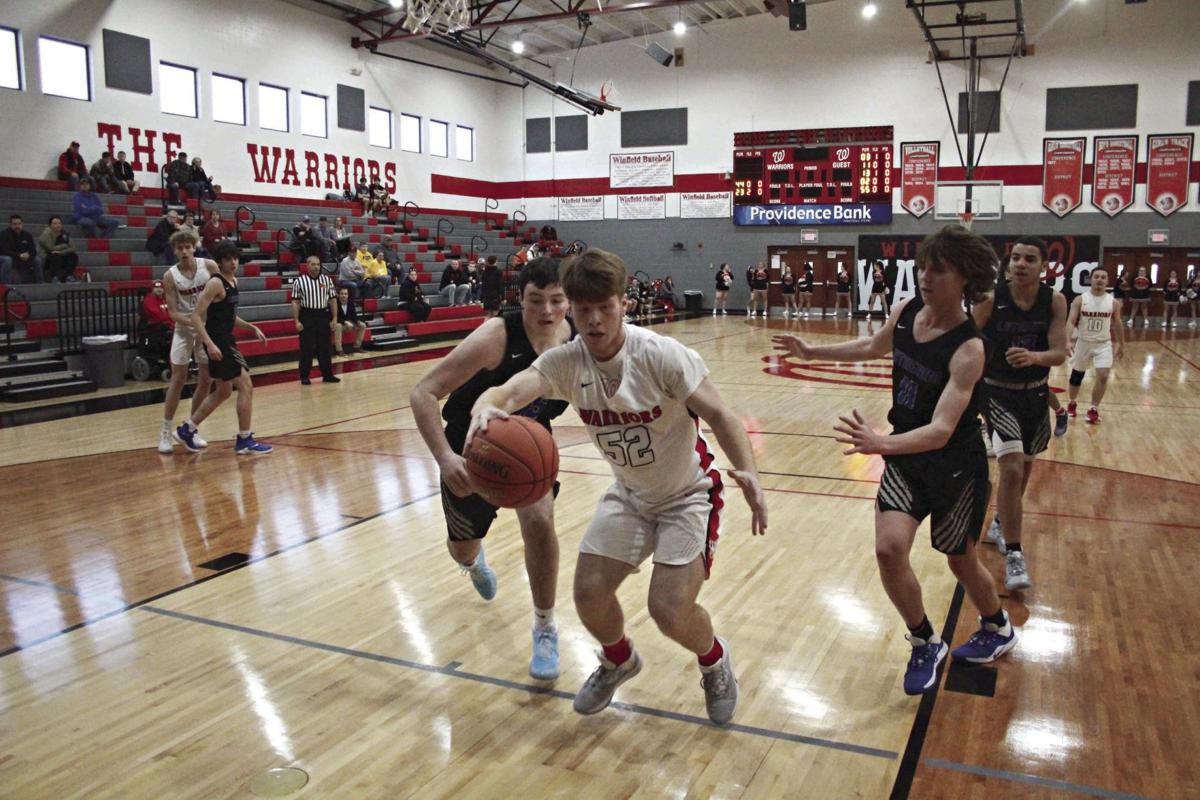 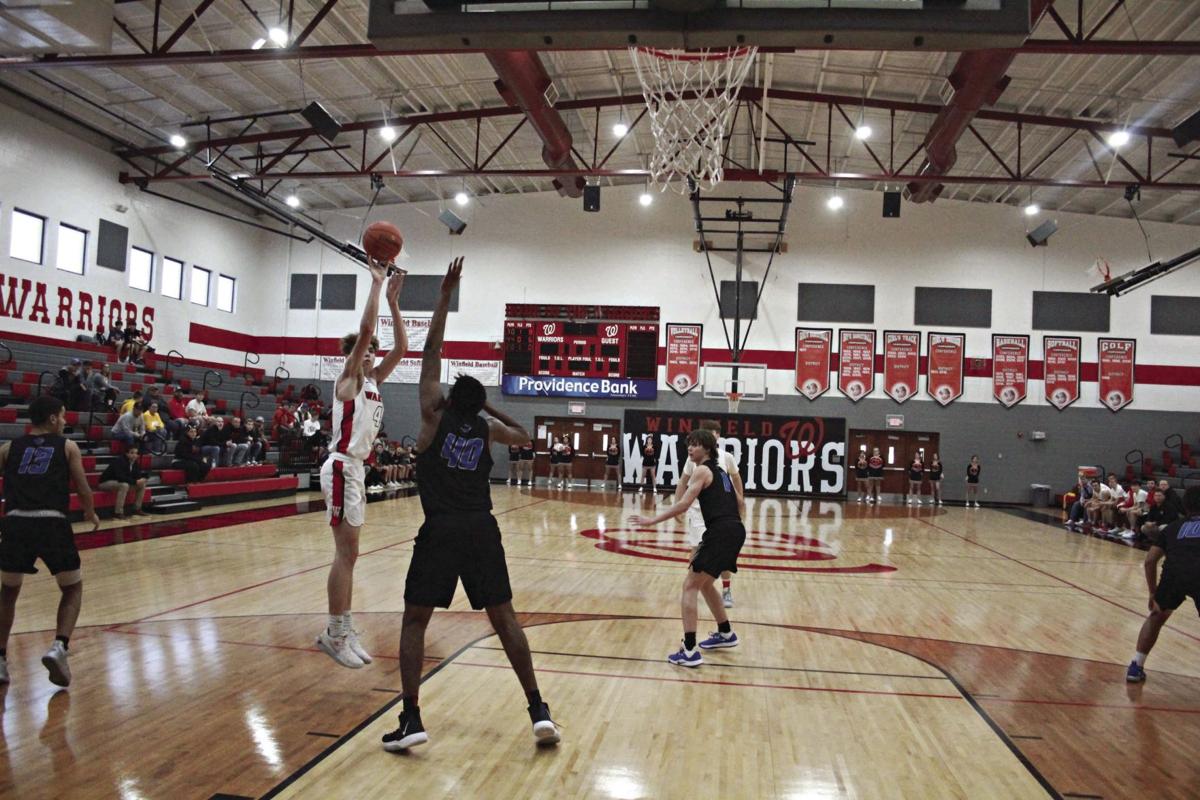 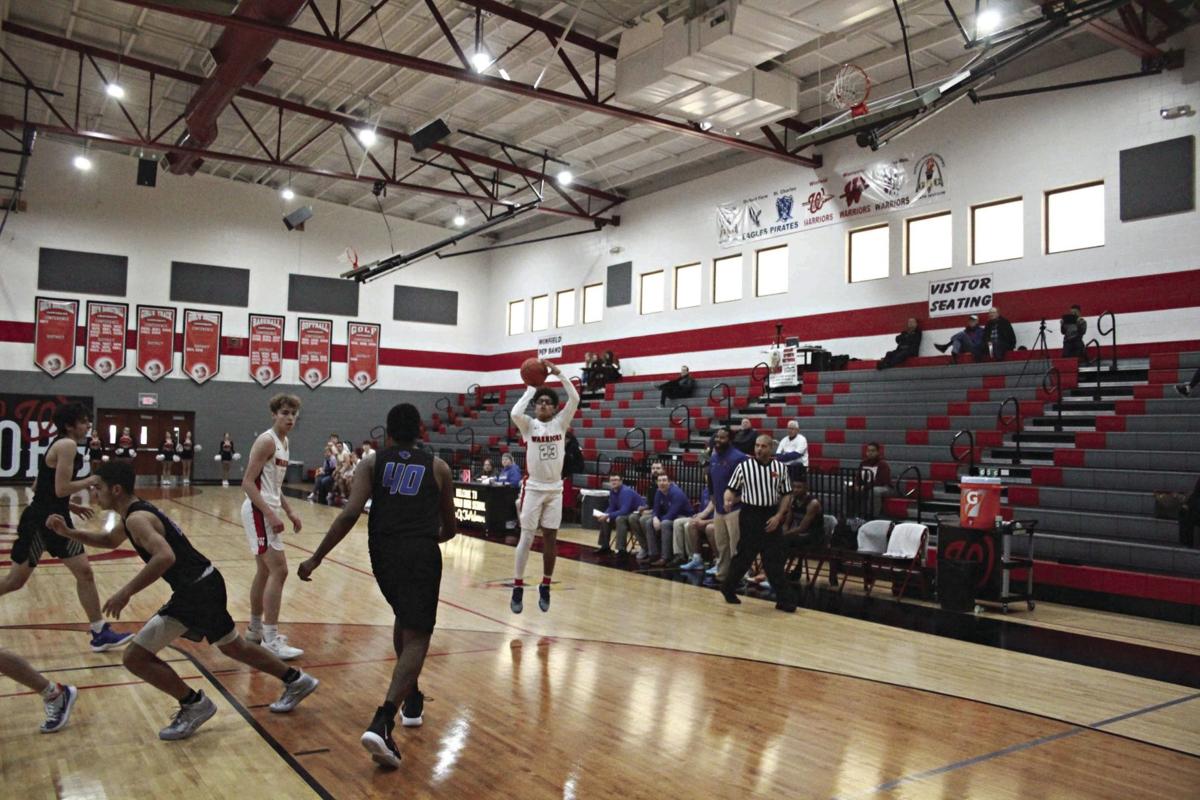 The Warriors started the game strong, taking a commanding lead after the first quarter. Lutheran clawed its way back within touching distance in the second quarter and the score at half time was 23-21 in favor of the Warriors.

The second half was a mixed bag, with both teams going out in front and then squandering the lead.

As the clock ticked down, the margin of the scoreline remained razor thin and the game finished 49-49, forcing overtime.

The Warriors put their feet on the gas in overtime, winning the game 64-57.

“Any win is a big win, especially when it gets you into the championship side of a tournament bracket,” Winfield head coach Bryan Keim said.

With that win, the Warriors placed themselves in a solid position to possibly win the Tip-Off Classic, and the confidence gained from that could be key later on in the season.

“It gives the guys great opportunities to learn what it’s like to play on this side of the bracket. Hopefully, it’s something we can use down the road in districts,” Keim said.

Against Lutheran, the Warriors did a better job of knocking down shots from distance: a facet of their performances that had been lacking a little in their first two games.

“Something we did well last night was shoot it well from three. We had struggled from the three-point line the first two games so it was nice to see us knock down some perimeter shots,” Keim said.

The X-factor: Play of Missouri's Pinson forged by a fearless mindset and fast tempo

Life in the Red: Pierson-El with a special dedication after his first XFL touchdown

“We still need to improve our interior defense. The goal is to get teams to take jump shots and not give up shots at the rim, but we haven’t done a very good job with that in our half-court defense,” Keim said.

Another thing that led to Lutheran’s comeback and surge in the game was a lull in Winfield’s offensive prowess.

In the second quarter, Winfield turned the ball over or missed scoring opportunities at a higher rate than the first quarter.

“In the second quarter we got stagnant on offense. We missed shots, had a couple of live-ball turnovers that they were able to get out and run on us with,” Keim said.

He added that those types of in-game fluctuations are only natural in games consisting of two evenly matched opponents.

“When teams are even there will be runs made by both teams throughout the game. It just happened that their run was a bit longer than we’d have liked that quarter,” Keim said.

The game eventually went to overtime and before the overtime period started, Keim had a simple message for his players: stay the course.

“I told them that they were playing well enough to win in regulation, so don’t try to do too much. Just continue to play together and play hard and they’d give themselves another chance to finish it off,” Keim said.

He admitted that there was a minute when he worried the game might go the other way, when Lutheran picked up some steam in overtime. But he praised his team for the way they responded and the effort they put forth to seal the win.

“I love the way we responded in overtime, though. I was a bit worried that with giving up the lead in regulation that we would let Lutheran’s momentum continue, but we did a great job of responding and staying the course,” Keim said.

The Warriors were headed to the semi-finals of the tourney against Christian High School on Thursday, Dec. 5 after press time.