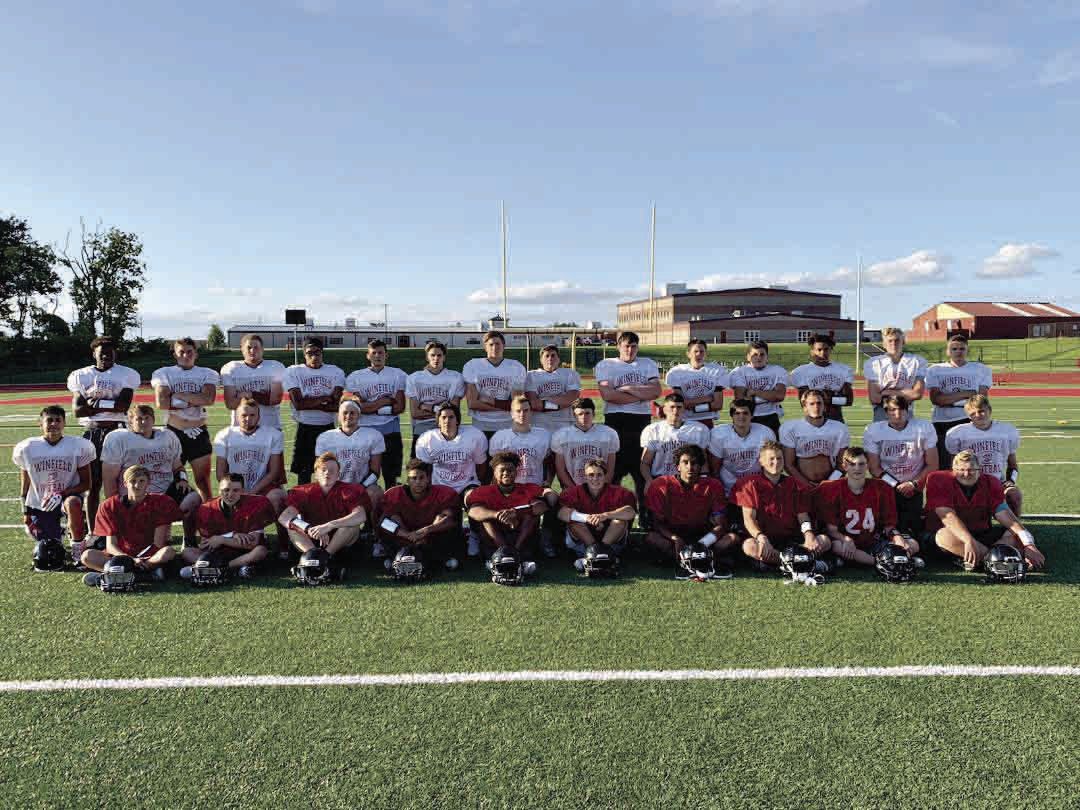 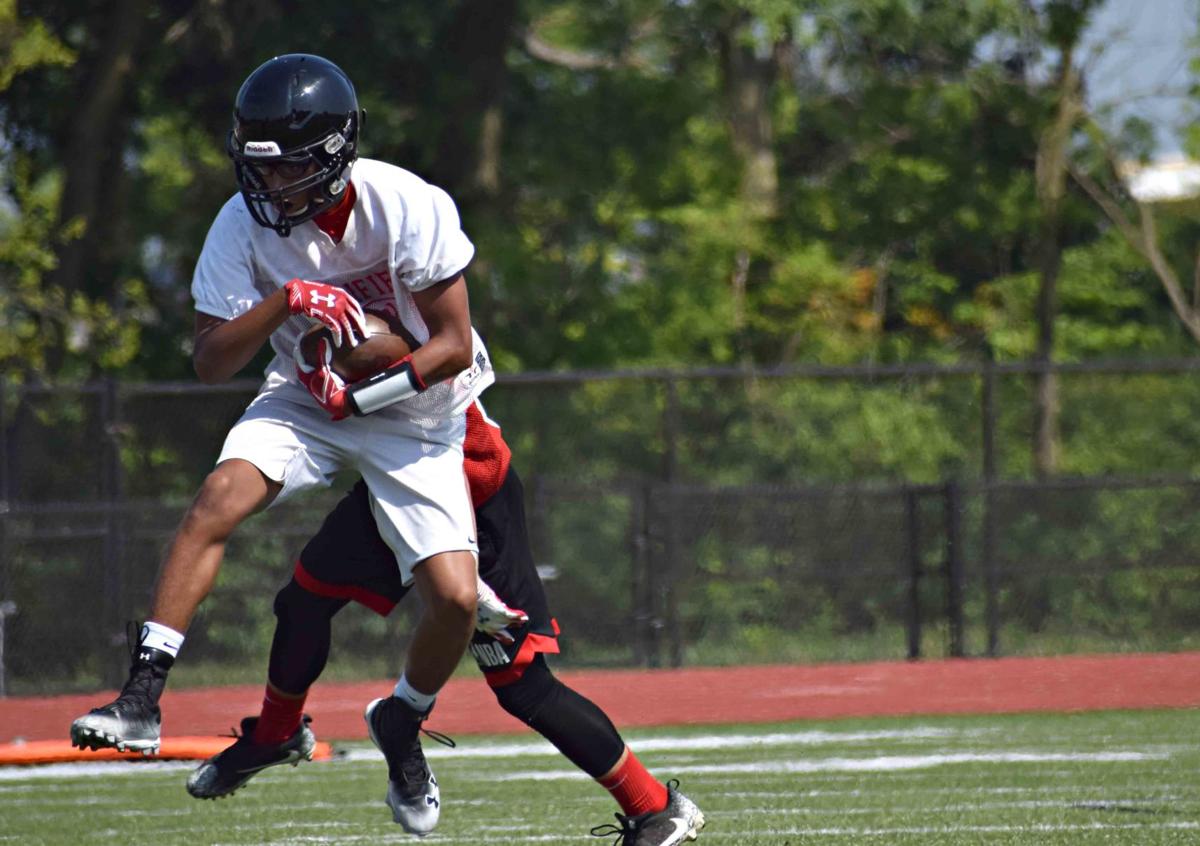 Austin Carson leaps with the ball to avoid an Elsberry player in a 7v7 scrimmage earlier this year. Photo by Dan Fox

Austin Carson leaps with the ball to avoid an Elsberry player in a 7v7 scrimmage earlier this year. Photo by Dan Fox

Winfield’s varsity football team is in the enviable, yet potentially intimidating, position of building upon the most successful season in the history of the program.

“Last year was the best football season this school has ever had,” said head coach Keith McGlasson. “For starters, we got our first couple of GAC wins. Those are pretty hard for us to come by, since we’re the smallest team in the conference. We also hosted and won our first ever playoff game. It was against Christian, and it was a real nail-biter.”

So the bar has been set, and the team wants nothing as badly as to leave an even bigger footprint than it did last year.

This year’s team, however, has a much different look than the one fans will remember from last season.

“We lost a really talented senior class,” said McGlasson. “Last year we had the ability to be a quick strike team. We could score every time we touched the ball on offense. We have a couple of guys who can do that this year, but I think this year our offense won’t be as high-octane as it has been.”

That high-octane offense was largely provided by the ten seniors the team lost in the spring.

“We also have a lot of good players returning to replace the guys we lost to graduation,” McGlasson said.

That takes care of the numbers, but numbers don’t necessarily tell the whole story.

“We’re looking to build on what we accomplished last year, and to move as far beyond it as possible, and we’ve got a lot of good things coming in this season that will help us do that,” McGlasson said. “The thing is, the team is going to be a little lighter, a little thinner.”

That means, according to McGlasson, that the team will rely on its ground game a little more than it did in the past.

“There will be a lot more instances of grinding out yards and a lot fewer instances of the 70-yard touchdowns that fans are used to seeing,” McGlasson said. “Our scoring will probably decrease, but the yards will still be there.”

Badgers in the XFL: Check out performances by former Wisconsin players in Week 2

McGlasson will have a solid coaching staff to help him accomplish this change in style successfully.

Coach Damian Cagle will return for his second year with the team, and will serve as its offensive coordinator.

In addition, Mike Ross will be returning to work with the team’s running backs and linebackers.

The team will also have two new assistant coaches.

Rob Carson will be working with the offensive and defensive lines, and Jay Nunes will be helping with the team’s defensive backs and wide receivers.

“I’m really happy with my staff heading into this new season,” McGlasson said.

McGlasson said the team’s most significant competition, as usual, will come from St. Charles West.

“They’re going to be pretty good this year,” McGlasson said.

As far as the rest of Winfield’s conference goes, McGlasson said that this season is a bit of a question mark right now, due to the fact that many other teams have lost large numbers of upperclassmen and are currently rebuilding.

The team’s first game will take place on the road against Wright City on Aug. 30.

Troy Buchanan’s Football Team started its season off right over the weekend, in a successful showing at the Kirkwood Jamboree.