Free access for current print subscribers
Get Started
You are the owner of this article.
Edit Article Add New Article
You have permission to edit this article.
Edit
Home
News
Sports
Living
Announcements
A & E
Special Sections
Classifieds
Obituaries
Missouri Marketplace
The Job Network
1 of 3 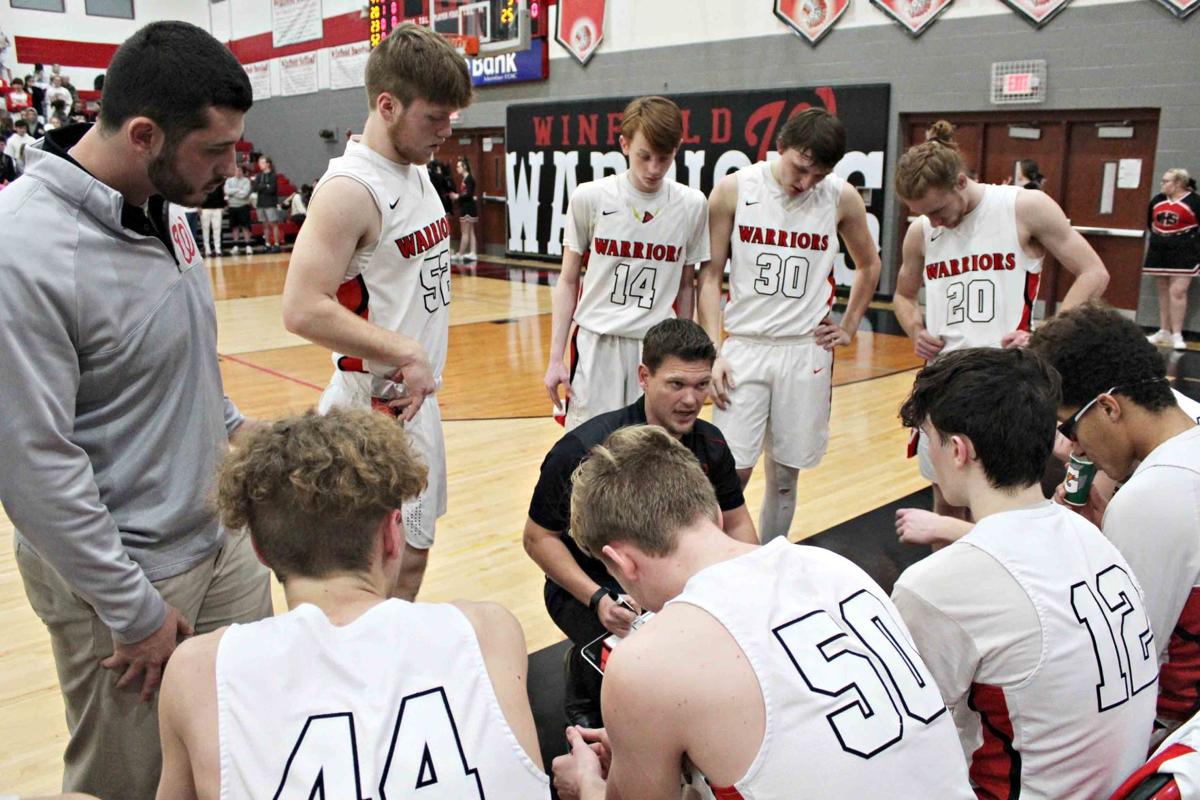 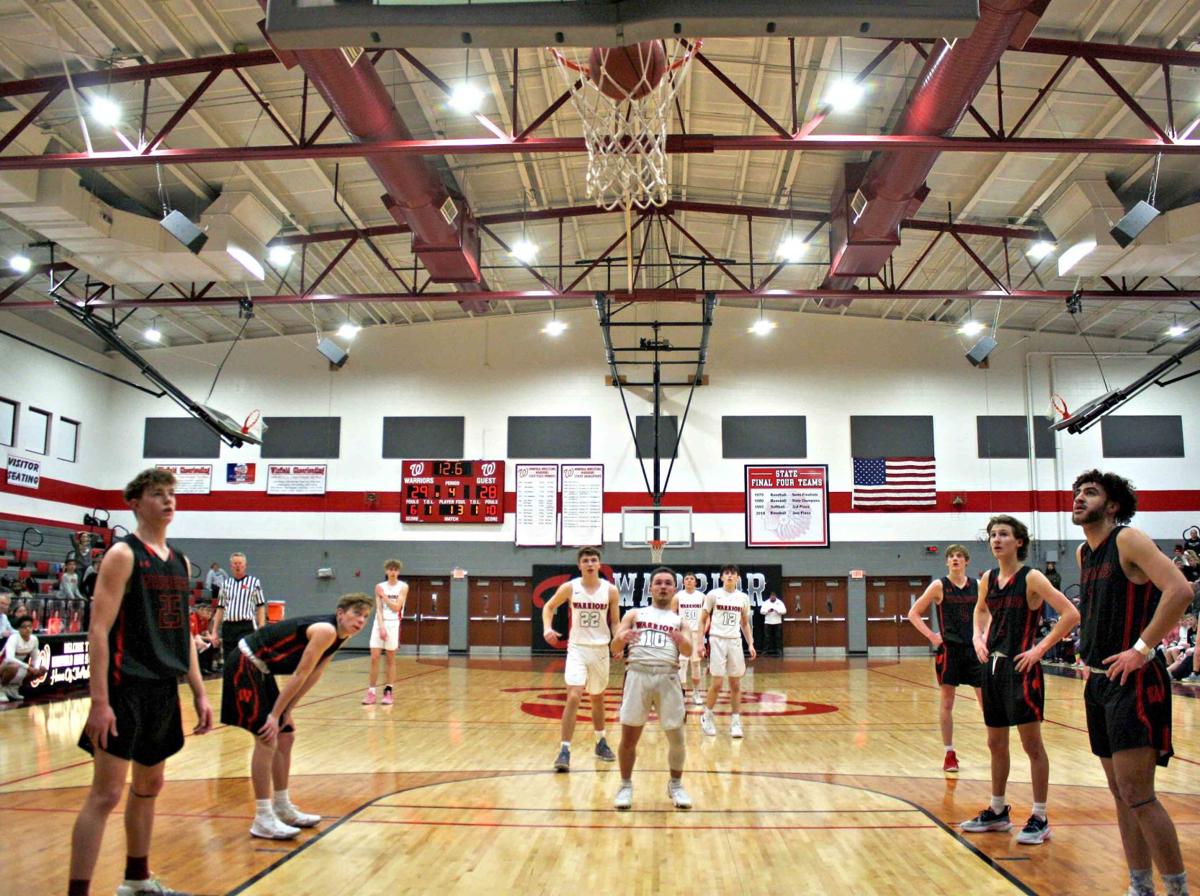 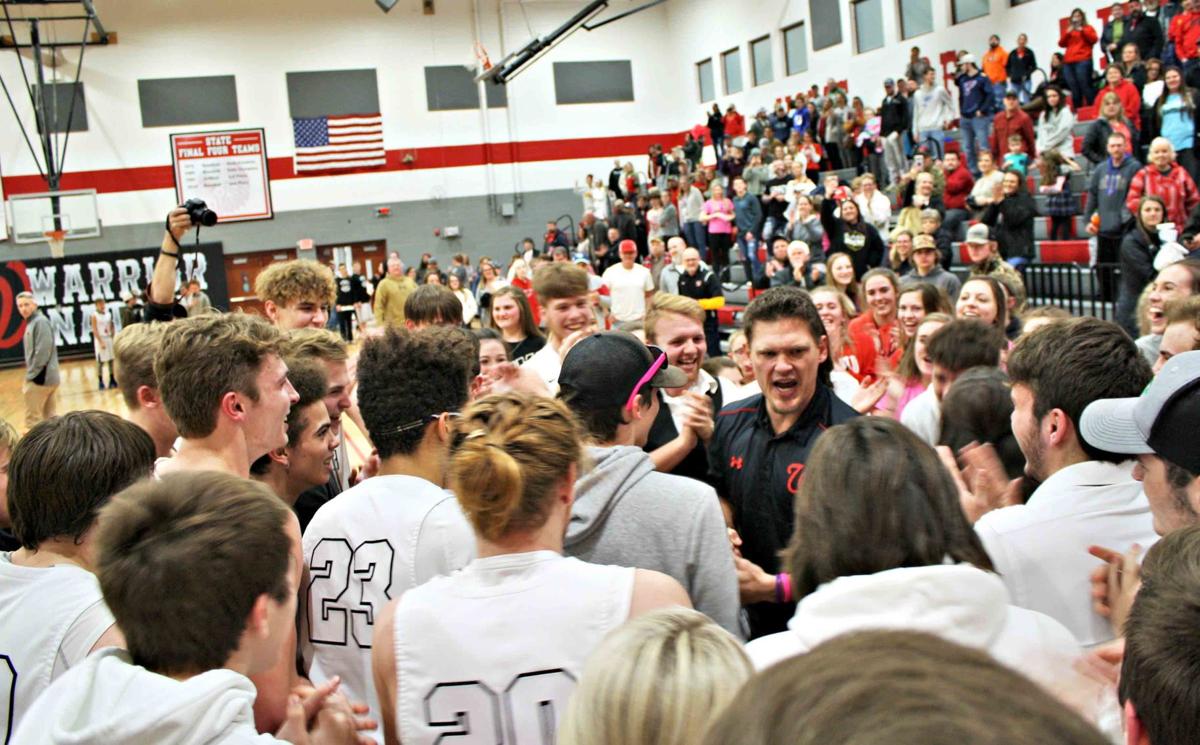 For the first time in the team’s history, the Winfield boys won the GAC North title in a neck-and-neck game against Warrenton on Feb. 20. This victory was an “incredible” experience, said Coach Bryan Keim. The Warriors had the opportunity to claim the titles in several tournaments throughout the season, but had fallen short before.

“I’m glad the guys were able to pull this one off and enjoy their hard work,” Keim said. “The environment created by the student body and community was electric. This place was packed and they had a huge influence on the outcome of the game. They provide our guys with so much energy and make it a tough place to play for opponents as we went 4-0 at home in conference play.”

What also put Winfield in the position to take that title were the unseen hours the Warriors put in in the gym. Keim said that victory was something the program has been building to for a while, spending buckets of time before school, on the weekends and in the off-season getting ready. The other big factor was the camaraderie of the team; the Warriors are a tight-nit group, Keim said, and it’s clear they’ve been playing ball together for a long time.

“It was a very unselfish group that all played for one common goal,” Keim said. The team’s season ended in the Class 3 District 8 Playoffs, falling to Lutheran 47-39 on Feb. 24 – a tough pill to swallow after the win from the previous week. Keim said the boys came right out of the gate firing on all cylinders, even building a nice lead, but Lutheran cut that lead down by the half. Third quarter, the Warriors just couldn’t find the basket, but they made a comeback by the fourth – bringing the score back within two points with a minute left.

“The problem was that we had worked so hard to get it close that we ran out of juice and couldn’t get over the hump,” Keim said. “I give my guys all the credit in the world. They battled until the end gave themselves a real shot.”

Keim said he told his players that the Lutheran game didn’t define this season, that while it’s always tough to lose in the first round of districts, it doesn’t diminish the accomplishments that came before.

“We played in two tournament championship games, won a conference championship and got the 3 seed in one of the toughest districts in the state,” Keim said. “We won 16 games which is the most since the 2012-13 season, where they won 17 games. All in all, we should be very proud of what we accomplished. It was well deserved for this group of young men.”

Keim noted his outgoing seniors for both their accomplishments on and off the court. Chase Rankin, for example, was out with an injury, but still showed up at practices, sat on the bench at games and “was the team’s biggest fan throughout,” Keim said.

“Bryant Reeves and Charlie Rhoades both had really nice high school careers,” Keim said. “They both have been playing varsity since their freshman year. Every year they continued to take steps forward and grow their games. They were a part of some tough seasons the past three years. I am so glad that they got to enjoy their final year and be a big part of the success we had.”

Without Keim’s coaching staff, Austin Godfrey and Damian Cagle, the program wouldn’t have gotten as far as it did this year.

“These two guys have meant so much to the program and have sacrificed so much to help get this program to where it is now,” Keim said.

The state of the program at Winfield is one to be excited about, Keim said; with the help of multiple parents and people in the community, the high school team has a successful feeder program up and running. Teams from fifth-eighth grade were playing lots of basketball though the season, competing very well, and promising a good stock of youngsters for the future.

Furthermore, the Warriors will return eight varsity lettermen, and have a handful of sophomores that will be competing for minutes on varsity when the next season comes ‘round.

“As long as we stay hungry and continue to put in the work we should be competing for conference and district championships for years to come,” Keim said.