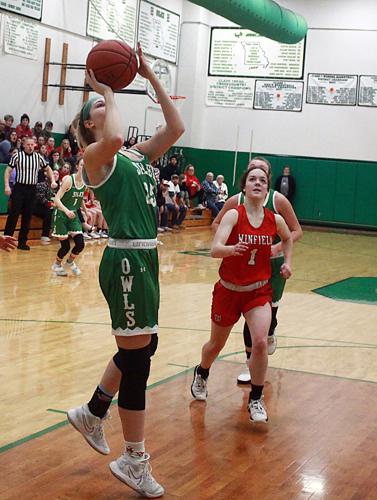 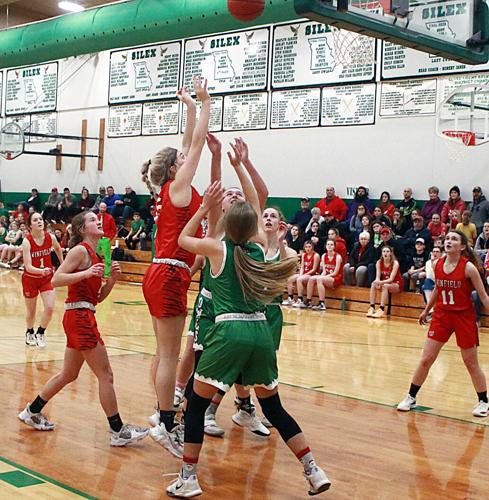 Silex, Mo. – When Silex fell behind 10 points early against Winfield, girls basketball coach Robert James chose not to call a time-out, instead choosing to let his team play through it.

It turned out to be a good decision. The Owls bounced back to trail by just three points after one period, and roll from there to a 65-45 victory over their Lincoln County rivals on Dec. 22.

“We got off to a very slow start and trailed 11-1 early in the game, as we didn’t match Winfield energy and focus,” said James. We did a good job of settling down and getting back in it, as we only trailed 14-11 after the first quarter.”

“I thought the girls did a nice job of using our size advantage in several ways,” James said. “Our post players did a nice job of sealing their defenders and being an inside presence, and we hit the glass extremely hard (28 offensive and 23 defensive rebounds).  Both were huge keys for us to pull out the win.”

“We were able to force some turnovers that led to some transition buckets, especially in the second half which helped us pull away a bit,” James said. “This was a good win for us going into the break, and we will run it back with Winfield on Jan. 3 in the first round of the Clopton Tournament.”