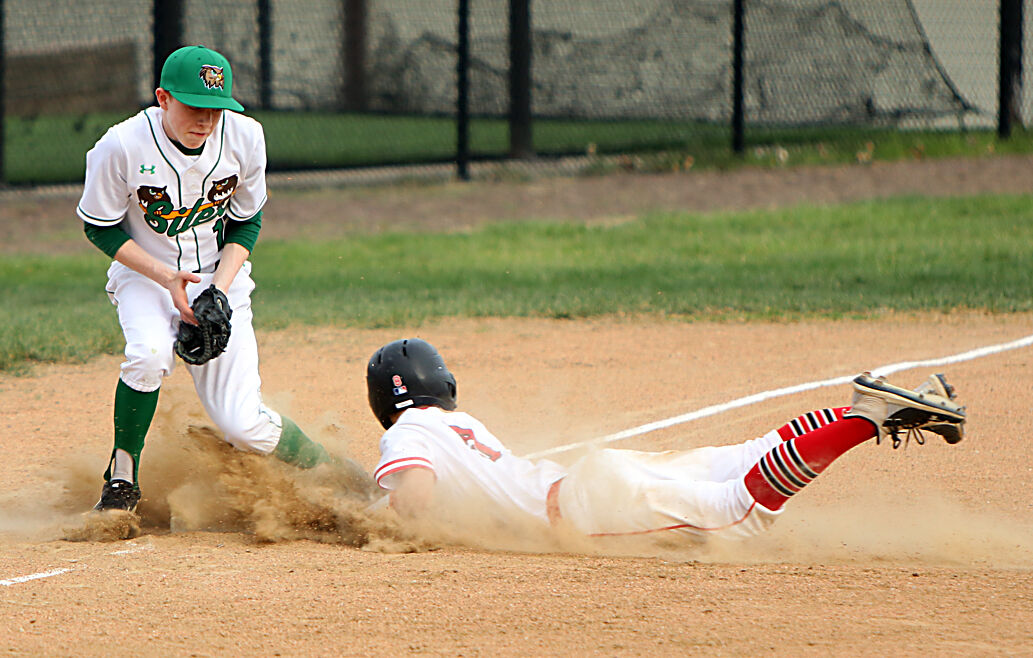 Elsberry Indian Sean Phillips slides safely into third base as the ball scoots away. Phillips would scramble to his feet and safely cross home for one of the 12 Indian runs. 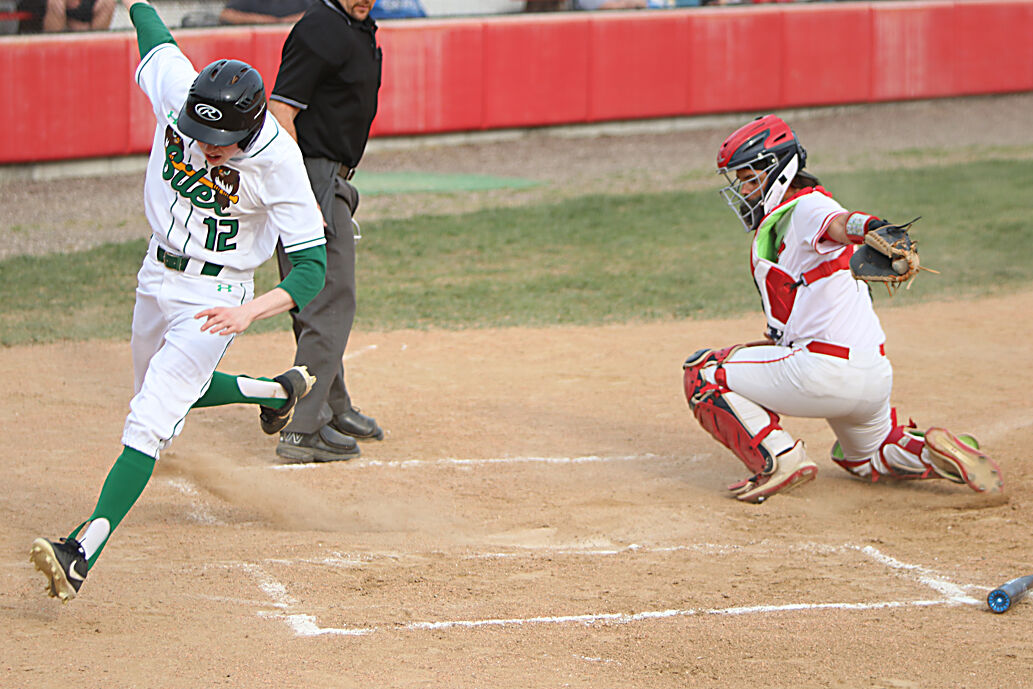 Silex Owl Josh Price avoids the tag at home to score one of the seven runs against the Elsberry Indians.

Elsberry Indian Sean Phillips slides safely into third base as the ball scoots away. Phillips would scramble to his feet and safely cross home for one of the 12 Indian runs.

Silex Owl Josh Price avoids the tag at home to score one of the seven runs against the Elsberry Indians.

Despite allowing the visiting Silex Owls to score four runs in the sixth inning, the Elsberry Indians were able to hold the lead and take a 12-7 win in the three and a half hour game on April 6.

Silex got on the board in the first inning when Tim Carroll drew a walk, scoring one run.

In the bottom of the first inning, Elsberry tied things up at one on an error.

The Indians tallied six more runs in the sixth with the offensive onslaught led by Stonebraker, Duncan Whiteside, Eli Gladney, and Bo Henry, all driving in runs in the inning.

Woodson led things off on the mound for Indians. He went four and two-thirds innings, allowing three runs on one hit and striking out ten.

Silex scored four runs in the sixth inning and were led by Price and Blake Thoroughman, all sending runners across the plate with RBIs in the inning.

There was plenty of action on the basepaths as the Indians collected seven hits and Silex had three.

Stonebraker and Sean Phillips all managed multiple hits for Indians. Stonebraker went 3-for-4 at the plate. Elsberry tore up the base paths, as three players stole at least two bases. Kaden Kinsler led the way with two.

Against the Clopton Hawks on Thursday, Elsberry had two pitchers combine for a 12-0 shutout victory.  Freshman Sean Phillips took the mound for the first five innings, while sophomore Kaden Kinsler came in for the final two innings. Phillips surrendered zero runs, struck out nine and walked one.  Kinsler recorded four strikeouts.

Elsberry didn’t waste any time scoring runs as Kinsler knocked a solo home run over the left center fence to take the early lead.  The Indians added four more runs in the sixth inning sparked by Phillips and Will Stonebraker hitting singles and Bo Henry adding a double.

The Indians scattered 12 hits in the game. Kinsler, Kyle Daniel, Kyle Turnbull, Ben Dowell, and Stonebraker each had multiple hits for Elsberry.  Stonebraker, Dowell, Turnbull, Daniel, and Kinsler all had two hits to lead Indians.

Elsberry stole 11 bases during the game, with four players stealing more than one. Phillips led the way with three.