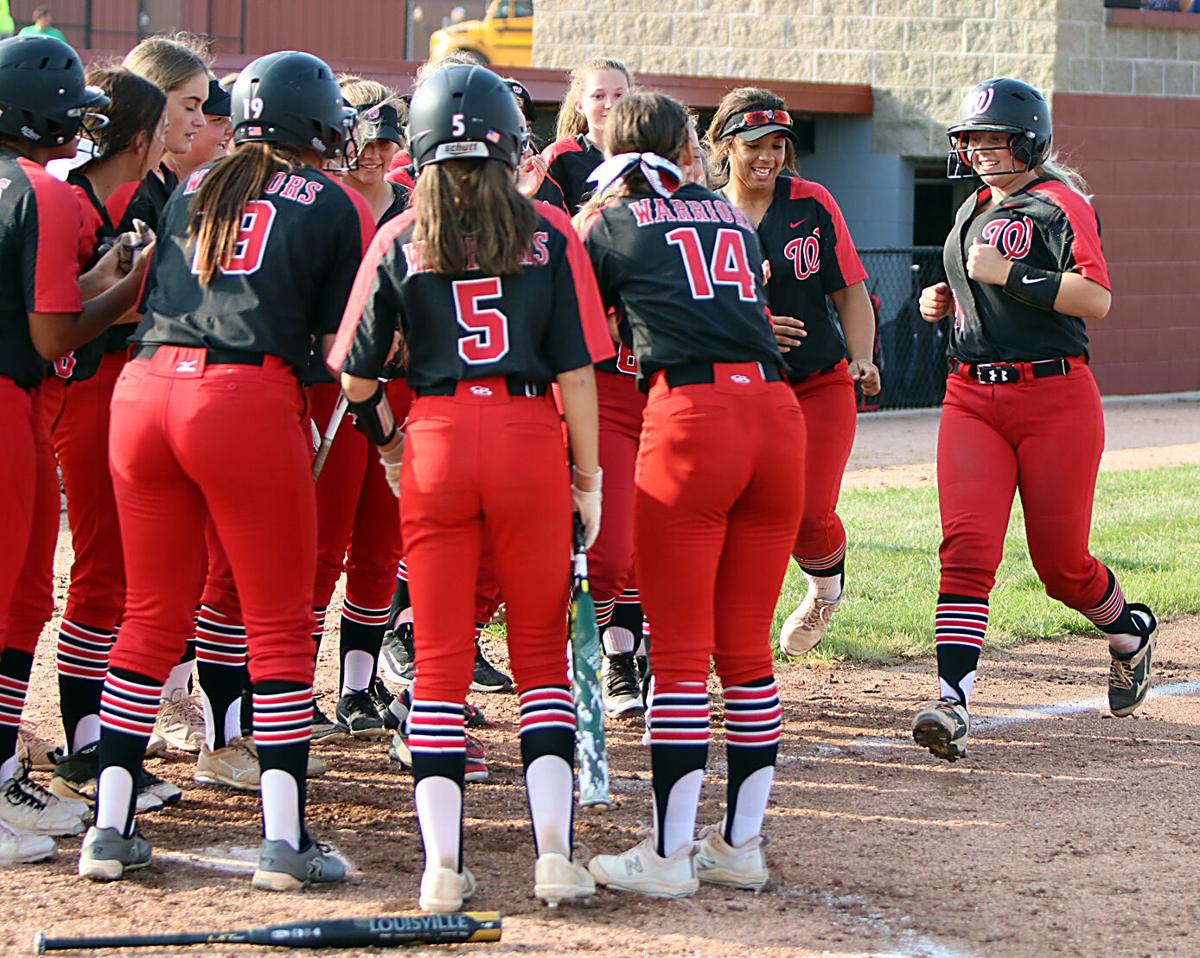 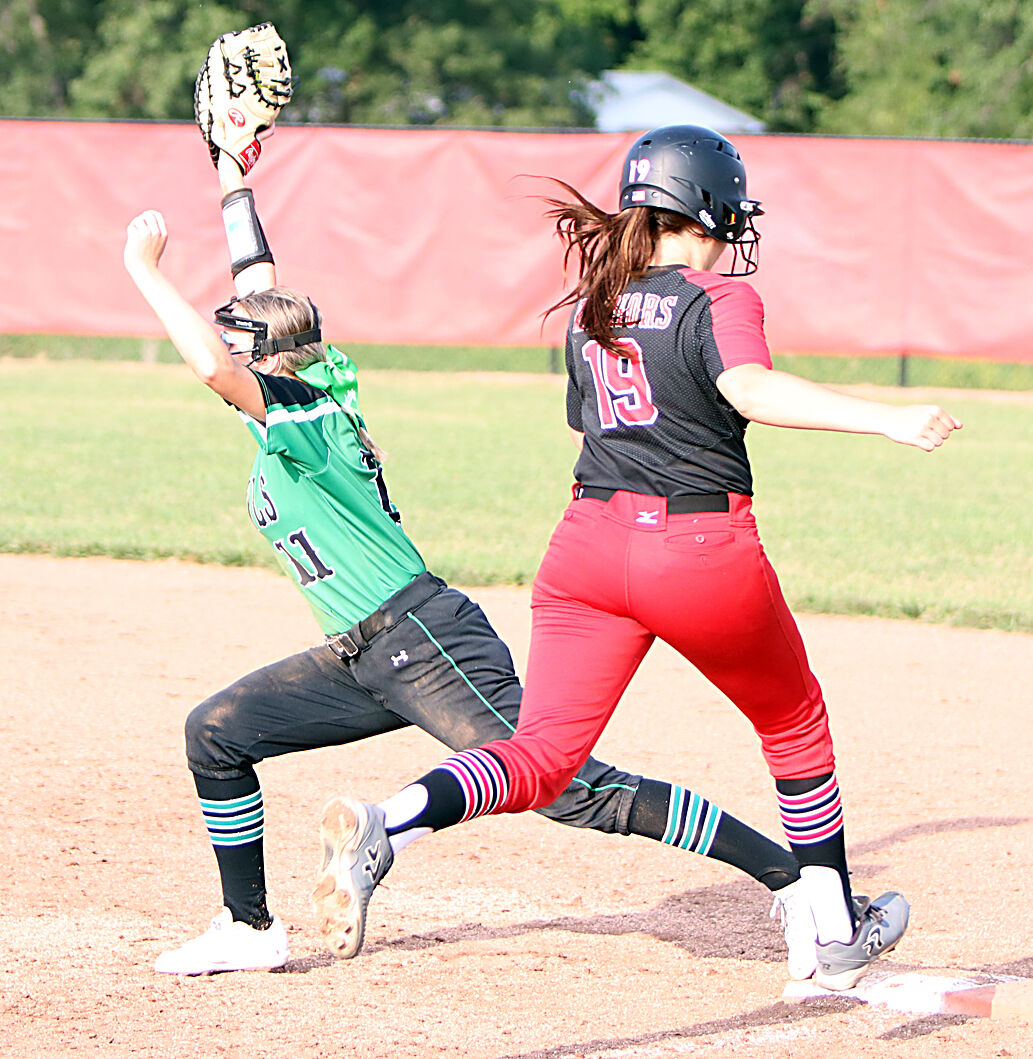 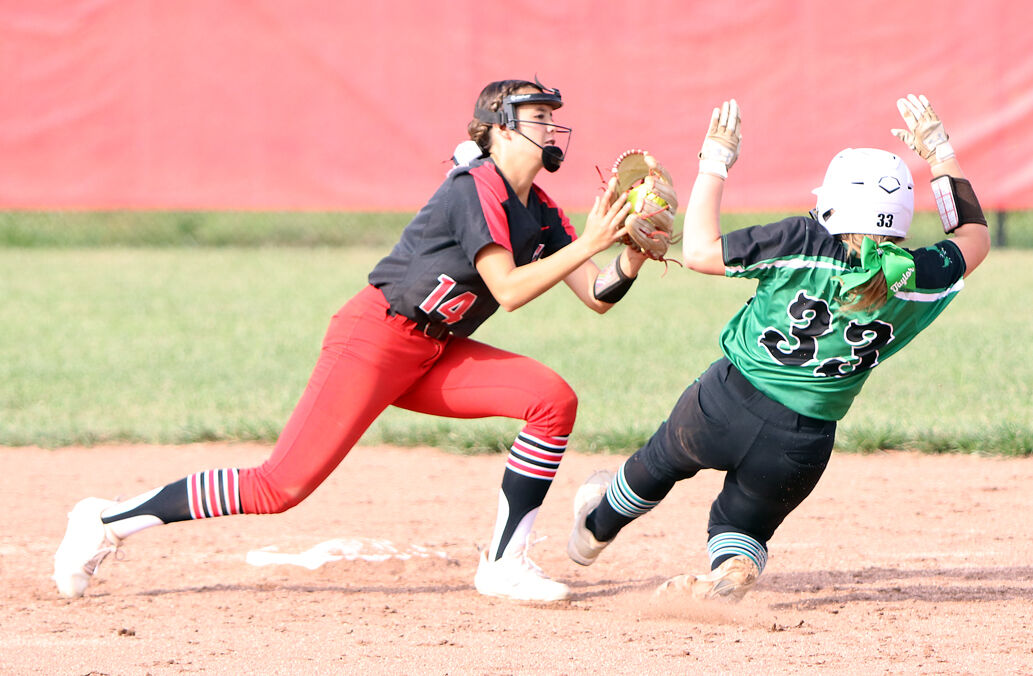 Winfield’s Riley Havican lays the tag down on Silex’s Taylor Howard on a steal attempt in the first inning.

Winfield’s Riley Havican lays the tag down on Silex’s Taylor Howard on a steal attempt in the first inning.

The Winfield Lady Warriors hosted their cross-country rivals the Silex Lady Owls on Friday, Sept. 3 and starting the contest off on the right foot with a 3-run homerun off the bat of Anna Hoeckelman in the first inning. Hoeckelman (above left) was met at home plate to celebrate with her team.

The Lady Owls battled back in the top of the second inning as Tori Mudd scored on a force out followed up by sacrifice fly scoring Kenzee James to cut the lead 3-2.

Winfield added one more in the bottom of the sixth inning and Silex put two on the scoreboard in the top of the seventh. The final score was 11-4 with Winfield socking three homeruns on the day: Hockelman, Camille Martin and Jaycee Gilette. Emma Dixon picked up the win for the Lady Warriors throwing 5 innings, and giving up 2 runs on 5 hits, walking 2 and striking out 2.

Taylor Howard took the loss for Silex as surrendered 11 runs on seven hits over six innings, striking out seven.