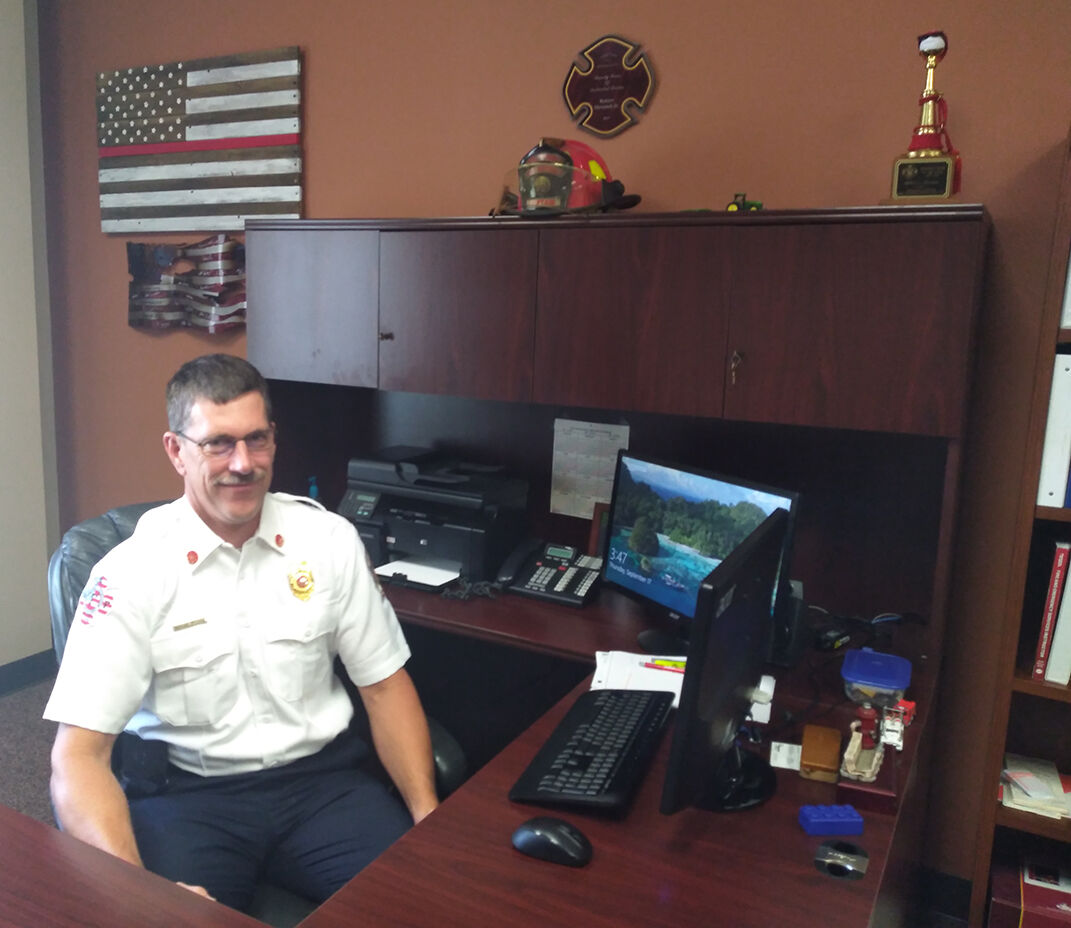 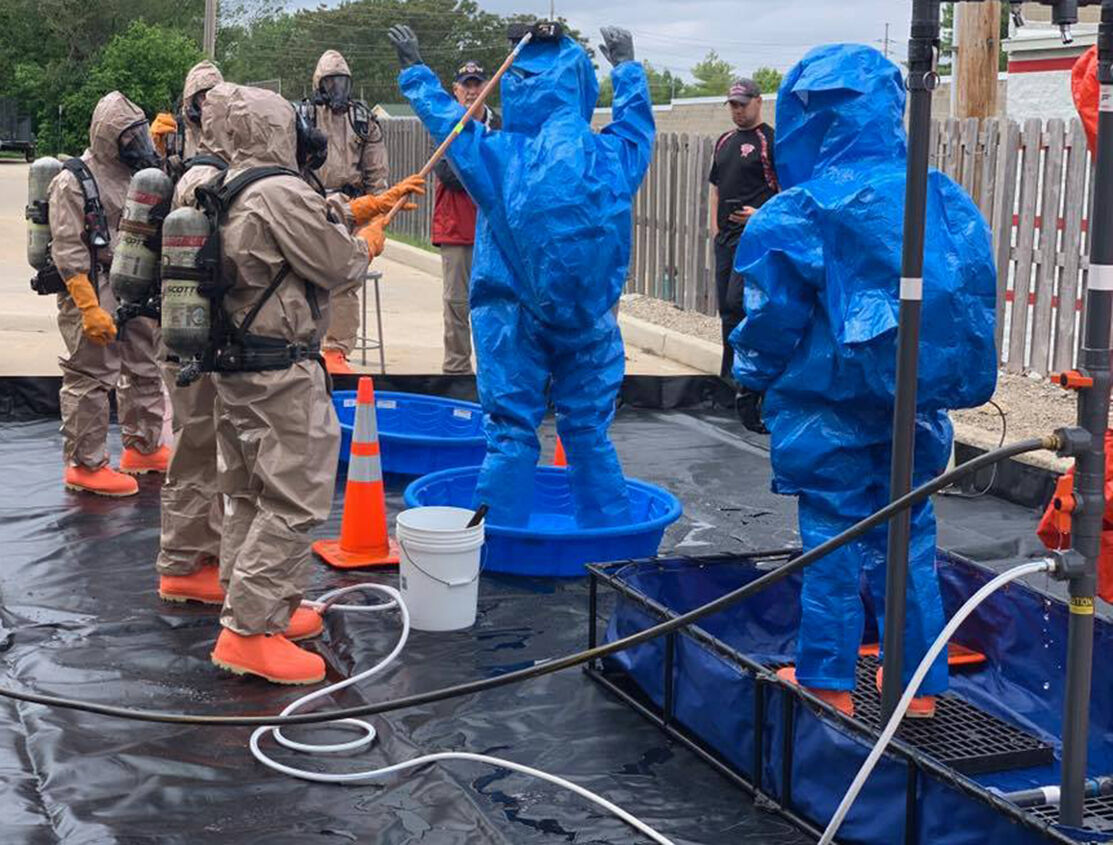 Robert Shramek has watched Lincoln County Fire Protection District 1 grow from the moment full-time firefighters were hired in 1999, when he was the fourth person added.

Twenty-one years later, Shramek is the assistant chief of LCFPD1, and he is proud to represent the first responders of the city of Troy – and Lincoln County.

“What I like about our community is we have a great police department, a great ambulance service, in addition to our fire department,” Shramek said. “Some places don’t like to help their neighbors, but when you do see it, that helps a lot.”

Shramek is also proud to come from a family of firefighters. His father, Robert Shramek Sr., served with the Silex Fire Department for 35 years, 25 of those years as its chief. LCFPD1 Assistant Chief Shramek’s brother, Tony, has also served as a firefighter.

“Community service was in (my father’s blood), so I followed along,” said Assistant Chief Shramek. “When we were little kids (in Silex), when there was a brush fire, we would go with our dad with our rakes.”

“Our cousins would fight fires with us, so it was truly a family affair.”

Prior to joining LCFPD1, Shramek worked as a farmer for 15 years, and three years at Toyota in Troy. Firefighting has always been in his future though.

“It’s in your blood. It’s all about helping your neighbor,” he said. “Where I’m from, you knew everybody. Here in Troy, you might know them, but you might not.

“It’s still about helping people regardless.”

Many people believe the majority of fires in the area, and most places, occur during the holidays. Shramek said that is not the case at all.

“Most fires happen in July, because it’s hot outside,” he said. “The fire is hot – and you can’t cool off.”

“Our manpower is limited, so you have to go back in until you get a break and some relief.”

Another thing Shramek takes great pride in is training other firefighters. He is an adjunct professor at the Fire Rescue Training Institute at the University of Missouri, and has had a hand in training many of the men and women who volunteer to fight fires in the other fire protection districts in Lincoln County.

Shramek said firefighting is not for the faint of heart, and he has respect and honor, not just for the career firefighters on his force, but especially the volunteers who risk their lives to save other lives and property without pay. This is why proper training is so important.

“Firefighters have an adventurous life,” Shramek said. “It’s always going to be an interesting day because you never know what’s going to happen, so you have to train.”

Shramek has seen his share of fatalities due to fires in his career, and he said some never leave you. He said having people to talk to, and learning to decompress is important for those times.

“We have a good peer group. We have a good chaplain, and we have a group out of St. Charles who works with us on scenes,” he said. “(Losing people) does wear you down. When you can’t save them, you just feel helpless.”

When asked where does he see himself in 10 years, Shramek said he still sees himself as assistant chief at LCFPD1, but he does have another plan.

“My second passion is to go back to farming,” he said. “Sitting on a tractor is a pretty good life.”

No matter where he is, Shramek still plans to continue the teaching portion of his firefighting career.

“I see the same passion in the younger firefighters, and I still have something to pass along,” he said.