Sign Up
Log In
Purchase a Subscription
You are the owner of this article.
Edit Article Add New Article
Home
News
Sports
Living
Announcements
A & E
Special Sections
Classifieds
Obituaries
Missouri Marketplace
The Job Network
1 of 3 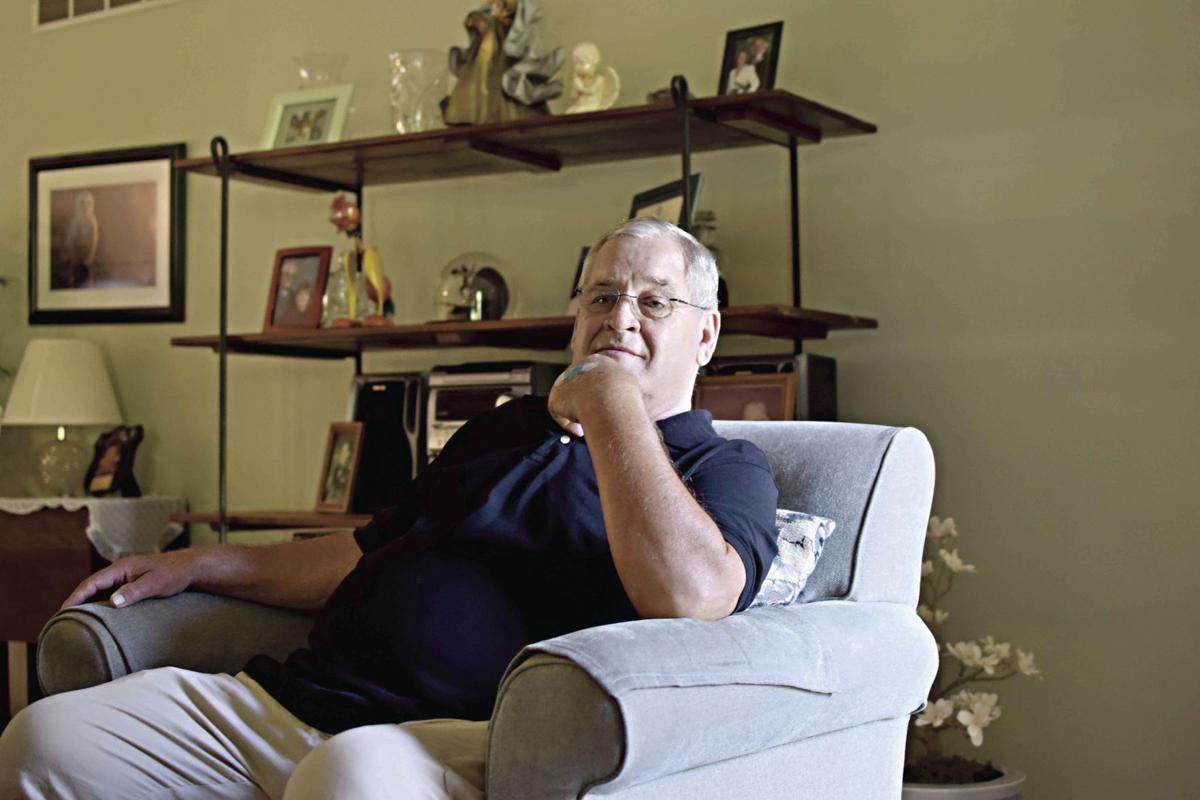 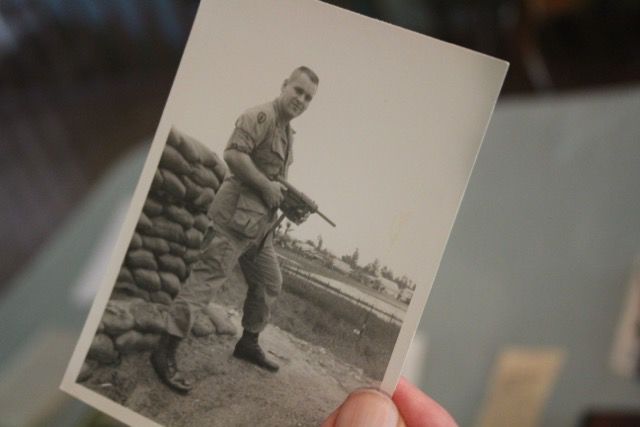 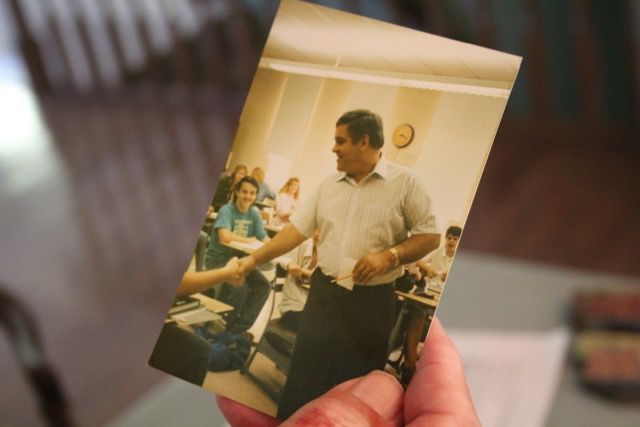 Carl Reed Wermuth has seen more of this world than most.

Through the military and other ventures he’s been to Vietnam, Panama, Switzerland, Germany, Peru and all over the United States of America.

But even though he’s been to the other side of the planet and back again, he is still proud to call Troy home.

“I’m not really sure how interesting this all is,” Carl said.

Carl, born in 1941 to William and Carolyn Wermuth, went to school in Troy – both of the buildings he took classes in now gone.

“I didn’t have to go to kindergarten because I was so smart,” Carl said, then clarifying that there wasn’t kindergarten when he was growing up.

After high school, he found himself at the University of Missouri.

He said that, like a lot of college students, he didn’t really have a plan at that time.

“I fumbled around Mizzou for three or four years,” Carl said.

When he eventually got out of the military, later in life, he went to Maryville University and studied Education.

He earned his Master’s Degree through a joint program with Maryville University and Washington University.

But before that, during the summers, Carl and a friend from Troy would go work as dishwashers, and eventually cooks, at resorts in Colorado.

“That was my first real big time away from Troy,” Carl said. “It was all good times. Didn’t make much money, but it was good times. Now, it was a lot of hard work.”

“I still keep track of one or two of those people and it’s been forty years,” he added

But he eventually got the idea that maybe he’d like the military and left school.

“I’d been working out in Colorado during my summers and my draft lady said, ‘Well, I got your brother, he’s gone through service. If you stay in school, I won’t draft you.’ I got to thinking it would be nice to go to Colorado one more summer,” Carl said.

“I called my draft lady and said ‘I was out in Colorado.’ She said, ‘That’s wonderful. You can take your physical in Denver.’ So I did. About two weeks after I got home, I got my official notice in the mail to go to St. Louis. A couple weeks after that I went to Fort Leonard Wood,” Carl said.

Carl entered the military in 1965 in what he described as a voluntary draft.

At that point, Carl only really knew what to expect of military life based on hearing about his brother’s experiences.

“My brother had been out a couple of years, so I knew a little bit from what he did. He was an M.P. so I thought that would be good for me for when I got out, I’d have a little background to go into law enforcement. But the military changed my mind,” Carl said.

When he joined, the conflict in Vietnam was starting, and the military didn’t need M.P.s as much as it needed infantrymen.

“Vietnam was starting up about then and they needed Second Lieutenant Infantry Officers. They worked on me for about four hours and I was about starved. They said as soon as you sign this you can go eat. I wasn’t going to do it. I told them two years was enough. But I ended up with six years, nine months and 23 days,” Carl said.

From Fort Leonard Wood he went to Fort Jackson in South Carolina then onto Fort Benning in Georgia.

At Fort Benning is where Carl attended Officer Candidate School.

From Benning he went to Fort Campbell in Kentucky where he was a training officer.

He was at Fort Campbell for six or seven months and then headed abroad, to Panama, where he went to jungle warfare school.

“I’ve got some papers somewhere that say I’m an expert in jungle warfare, but don’t believe it,” Carl said.

“But it was good, because it had the same latitude, I think, as Vietnam and kind of got us accustomed to the heat. We learned about the snakes and alligators, and all that stuff,” Carl said.

He talked about the first time he ever did a zipline. It was across the Chagres River in Panama, one of the country’s largest rivers.

They also did escape and evasion drills.

“I wouldn’t say you became an expert, but you passed the course and they give you this little piece of paper saying you’re a jungle expert and you can wear this patch,” he said. “I’ve got mine hanging on the wall.”

From Panama, Carl was shipped out to South Vietnam, but it wouldn’t be long before Carl’s time in Nam was cut short.

“I was there about three months, and hit an I.E.D. or booby-trap,” he said. “We called them in the old days booby-traps, it ruins your whole day either way no matter what you call them.”

After that, he spent about six months in Great Lakes Naval Hospital.

“I had a cracked bone and some nerve damage,” Carl said. “I was fortunate. I thought I was in bad shape. But I looked to the left and the guy in that bed had his eyes all bandaged up. I know he lost one if not both. Then I looked to the other side and they were taking this guys bandage off and he started screaming and yelling. He’d gotten hit in the back with a claymore. They changed his bandage every two hours. So I wasn’t in as bad of shape as I thought I was.”

Carl did some advising work when he got out of the hospital and was trying to decide whether he was going to stay in the military or not.

His time was almost up and he ended up deciding to stay in.

Six months after that, the military sent him to Fort Bragg to complete a Military Advisor Training Academy, or MATA.

Next stop for Carl, upon completion of the MATA, was back to the jungle in Quang Tri, Vietnam, and was stationed next to a de-militarized zone (DMZ).

“The second time I was there, we didn’t have much [fighting]. Couple times you’d go out and they’d shoot at you,” he said. “You’d have thought that since it was right next to North Vietnam, you’d have trouble all the time. Of course, where the Marines were up there, they were in deep stuff all the time. You know, it’s amazing what people can do.”

Other then a few small skirmishes and some holes being shot in airplanes and air-support helicopters, there wasn’t much action to write home about where Carl was stationed.

He spent the next year or so advising two groups of soldiers: one that was deployed out into the province and one that stayed in the city.

Carl finished his military tenure at Fort Riley, Kansas, medically retiring as a Captain in 1972.

After the military, Carl moved into a long and successful teaching career with area schools.

He taught geography and some history at Buchanan and then Troy Buchanan High Schools for 27 years – two years part time, 25 years full time – retiring in 1999.

The motivation to transition into a career and life of educating came simply from a love and interest for history.

“When I was at Fort Riley, we went to Germany twice and I got to see a lot of history over there. I travelled quite a bit in the military. In Columbia I was pretty good at history. Nothing else worked out but the history part,” Carl said.

While he was still a student at Maryville University, Carl did his student teaching in Troy.

“The superintendent was my basketball coach when I was a sophomore and the principal was the coach when I was a senior. Now, I practiced as much as everybody else did but I didn’t play nearly as much,” Carl said. “In other words, I wasn’t too good. But the teaching worked out pretty good.”

He said that those connections and student teaching helped get his foot in the door with the schools.

And after getting his Master’s from Maryville/Washington University, he took to teaching full time.

Carl said his favorite thing about teaching was working with the kids.

“Back then they were pretty easy to get along with,” Carl said.

Along with surviving the I.E.D., Carl has fought off colon and esophageal cancer.

Since retiring, he still lives in Troy and used to raise Gladiolas.

His brother Bob lives in Troy and his sister Ruth Ann Brown and her husband Ed live in Kennesaw, Georgia.

Three places that Carl highlighted as some favorites were Alaska, Banff National Park in Canada and Switzerland, as it is one of if not the most beautiful place he’s ever seen.

When asked what his favorite place in the world that he has visited is, other than Troy, Carl’s response was, “Well, is there any other place besides Troy?”