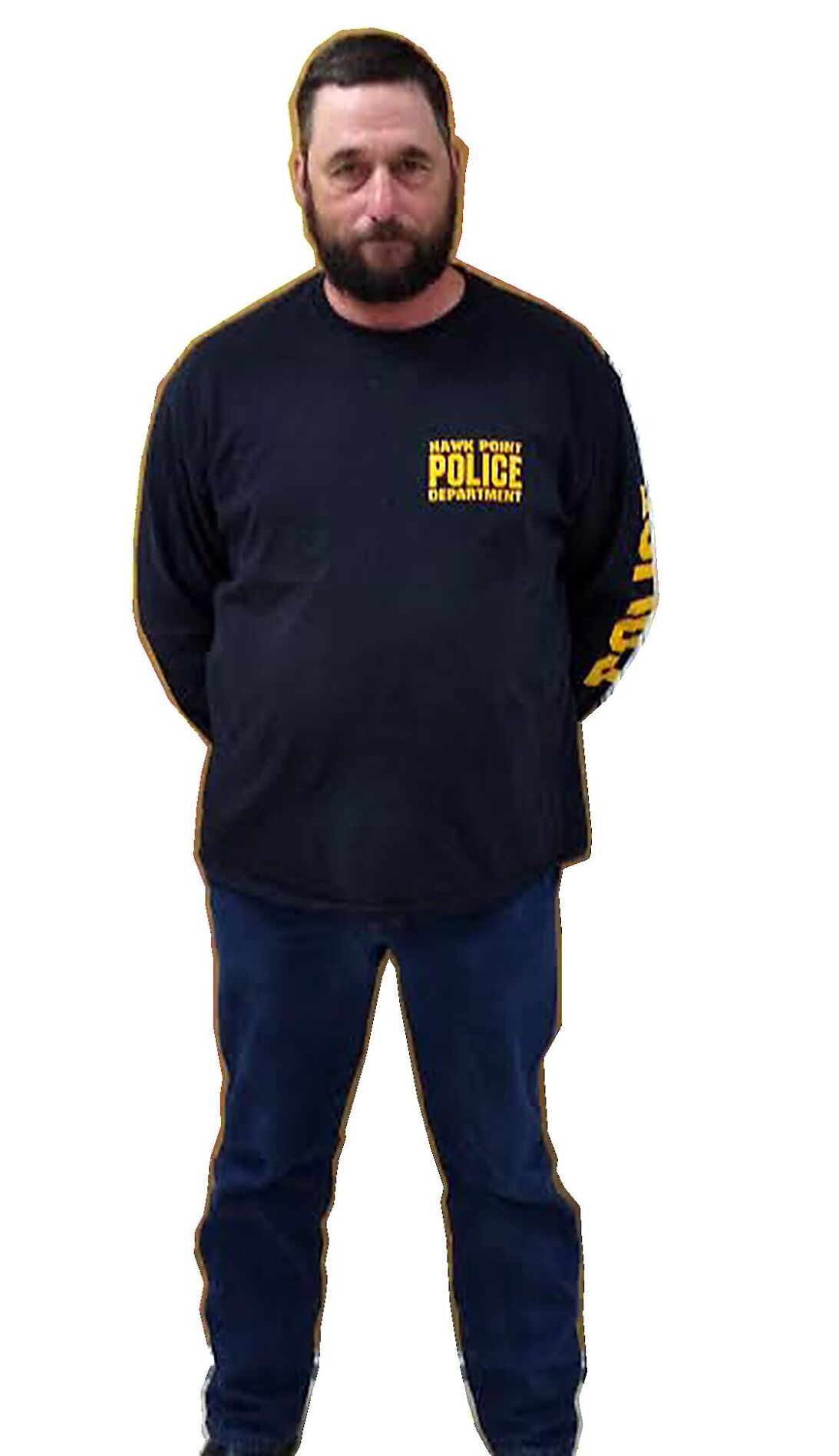 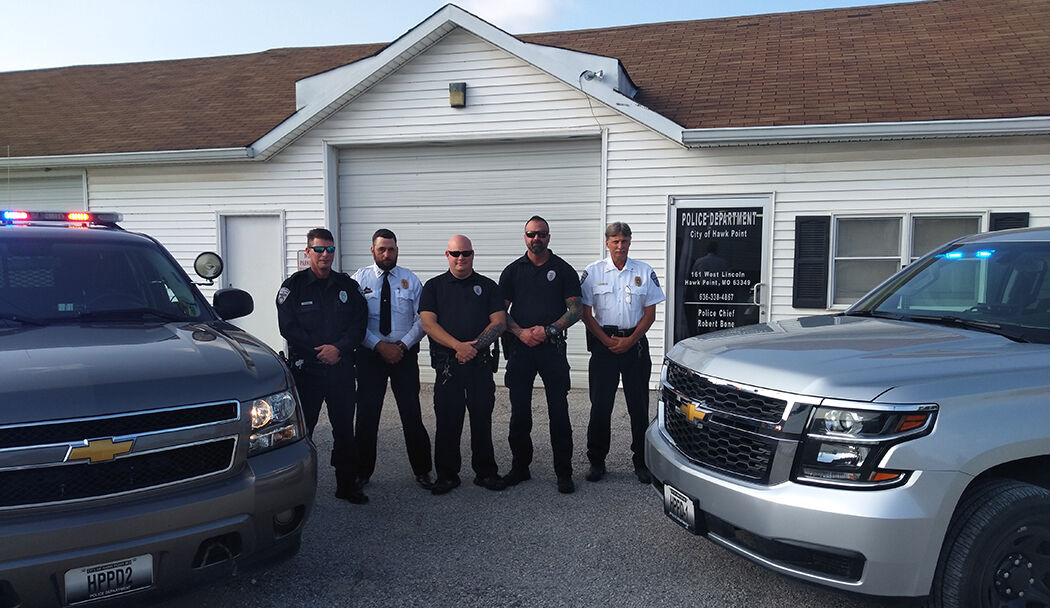 No matter what the job is, a sense of humor is sometimes needed to get through it.

As the assistant chief of Hawk Point’s police department, Wayne Mueller has the ability to have his fellow officers laughing.

With that humor, however, is a dedication and a seriousness that comes with 34 years of law enforcement experience.

“I handle a lot of the firearms instruction,” said Mueller, who has served as assistant chief for five years. “I also do a lot of the in-house training, and make sure the vehicle maintenance records are kept, among other things.”

The dedication to service is part of Mueller’s bloodline. After his father died, Mueller found out he was awarded a pair of Bronze Stars for heroism in World War II and the Korean War. This led to his decision to join the United States Army.

Mueller served as a military policeman from 1986-1989, a decision inspired by his uncle, who was a police officer in his hometown of Pacific.

“I spent a lot of time with my uncle growing up,” Mueller said. “He was a man I respected a great deal.”

After leaving the military, Mueller expected law enforcement to be a part of his permanent future, but a career with a police force didn’t happen immediately.

“When I got out, I knew I wanted to be a police officer, but I ended up being a Pinkerton detective for a few years, and I ended up meeting my wife on a job in the process,” he said. “From there, I ended up with the City of Warrenton (as a reserve officer).”

For the next 14 years, Mueller represented Warrenton’s police department, leaving as a detective sergeant. One of his most satisfying moments with the department – as well in law enforcement – was assisting in the capture of Eric Beishline, a serial killer who is currently serving a life sentence for murdering two elderly women in the early 1990s.

Nevertheless, Mueller said Beishline’s capture was a collection of officers and detectives from several jurisdictions doing their duties.

“You don’t do this for the money or the glory. You do it because you love this job,” he said.

Mueller moved on the Troy Police Department, where he would spend 14 more years as a road sergeant. During that time, he ran into a old friend from the Warrenton Police Department, Robert Bone, who had become Hawk Point police chief after the death of former chief Paul Fricke in an automobile accident in 2010. After talking to Bone, he joined the Hawk Point Police as a secondary patrol officer.

A few years later, Bone approached Mueller with another offer he couldn’t refuse – assistant chief.  Mueller accepted the offer, and traded Troy for the smaller, slower life of Hawk Point.

However, even small towns have their share of crime. That’s why Mueller wants the community to help the department out, because the police department is solely a part-time unit.

One of the ideas was to set up a neighborhood watch, but the meetings broke down due to the COVID-19 pandemic. However, the meetings are scheduled to return – and Mueller said it would take a community effort to reduce any crime in Hawk Point.

“The police department is the tip of the spear,” he said. “This is not our neighborhood. This is Hawk Point’s neighborhood.

“We don’t want people patrolling the streets with pitchforks. All we need them to have are cellphones.”

When asked where he sees himself in five years, Mueller said he hopes he can leave Hawk Point a better place as its assistant chief.

“I hope somehow I can find the magic words, or the magic method to build trust between the police and the population,” he said. “If I can help guide the community with that kind of trust, we can get the job done.

“I think we would have won the battle.”