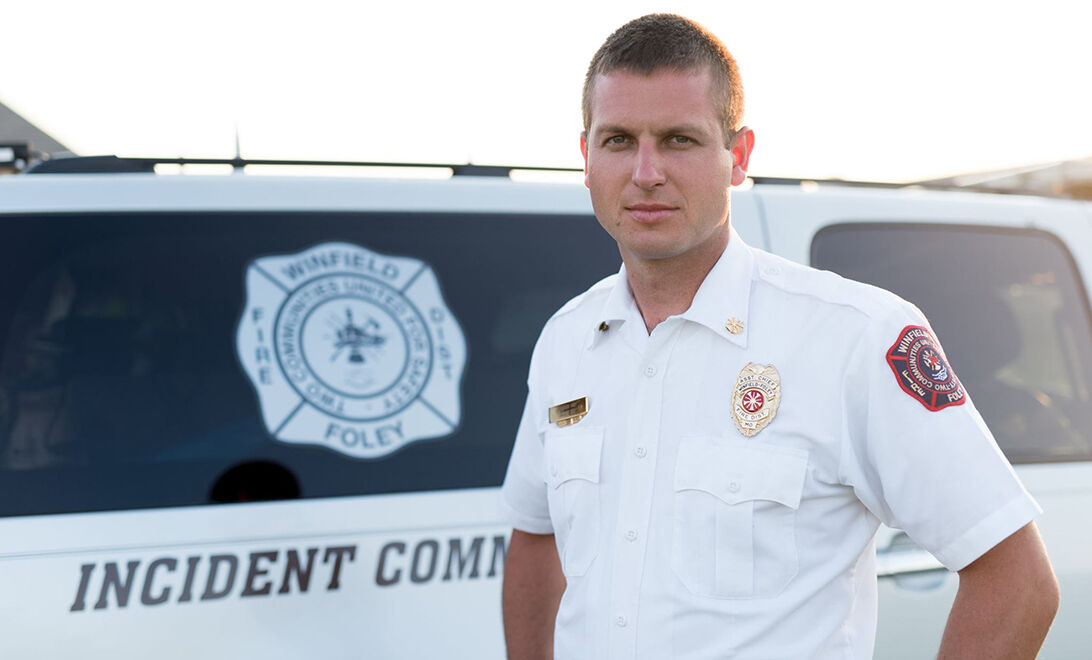 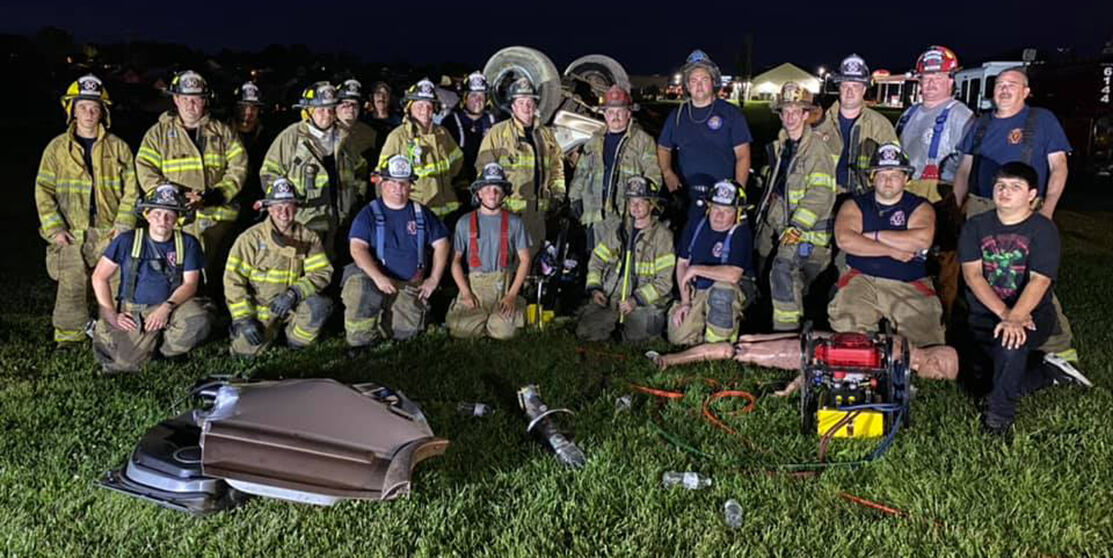 The Winfield-Foley Fire Protection District is the second-largest fire department in Lincoln County in terms of equipment, station and calls ran.

The department also has the county’s youngest fire chief. At just 29 years old, Arron Lee oversees the unit, but he said his volunteer department – like any other – is there to serve those in need.

“We’re there when the community needs us. Ninety-nine percent of the people call us at their lowest point,” Lee said. “We’re there to help, and most times, it comes out as well as it can.”

Though the WFFPD is a volunteer unit, Lee said it is a fully capable one made of strong men and women with a desire to serve the public.

“We all start out in the same place. We’re all there for the same reason, to help others,” he said. “We’re jacks-of-all-trades, and masters of all. We can do high-angle rescues, water rescues and vehicle extractions.

That training was tested during the recent floods that hit the county. Lee and his unit had to fight a structure fire in which they had to take four different routes to arrive at the scene because floodwaters made the first three impassible.

“That night, we fielded multiple calls, and a few water rescues,” he said. “We had to take a 20-minute detour because of flooded roads. The closest water supply was 12 miles away, but we were able to draft water from the area.

“We wish we could have gotten there sooner, but we have to do our best with what we have.”

Despite the obstacles, Lee said his department, along with all the other Lincoln County units performed admirably during the floods.

“I have to commend all our first responders, including police, fire and EMS for everything,” he said. “It went like clockwork, considering the weather, the blocked roadways and the lack of resources.”

As organized as the flood efforts were, often things don’t go as planned for first responders.

“Sometimes, we run into incidents where you see unprecedented things,” Lee said. “On a call recently, we ran into a man with a gun on what was supposed to be a fire call.”

As a firefighter, and the leader of a department, Lee knows the bitter reality not everyone can be saved in a fire. The WFFPD holds post-incident meetings in order to get accounts of the scene, as well as crisis intervention.

“I have to remind our firefighters not everyone we can help,” Lee said. “We can’t prevent every situation, but we try to help.

“Sometimes we get the calls too late, and sometimes, you can’t save everybody.”

Lee relies on his family during those moments.

“My wife (Audrey) is my rock,” he said. “I have to be that upstanding leader for (my firefighters), but there have been incidents for me that I haven’t slept right since.

“I believe in religion. I have my family, and we have our chaplain in the department.”

Outside of firefighting, Arron Lee runs a mobile mechanic business, which services first responders’ vehicles, while Audrey is a wedding photographer. Recently, the Lees and their children took a trip to Yellowstone National Park, and Arron Lee said he wants them to see all of the national parks before they grow up.

“We just want to raise our kids, and have the best life,” he said.

Lee also said he wants to see the WFFPD grow into a unit with paid career firefighters in the next five years, because Winfield is a growing community.

Lee doesn’t think his path to becoming fire chief at a young age is unusual. He tells children to work hard and believe in success.

“Personally, it takes a lot of ambition,” he said. “My mom said I told her I wanted to be a fire chief when I was three years old.