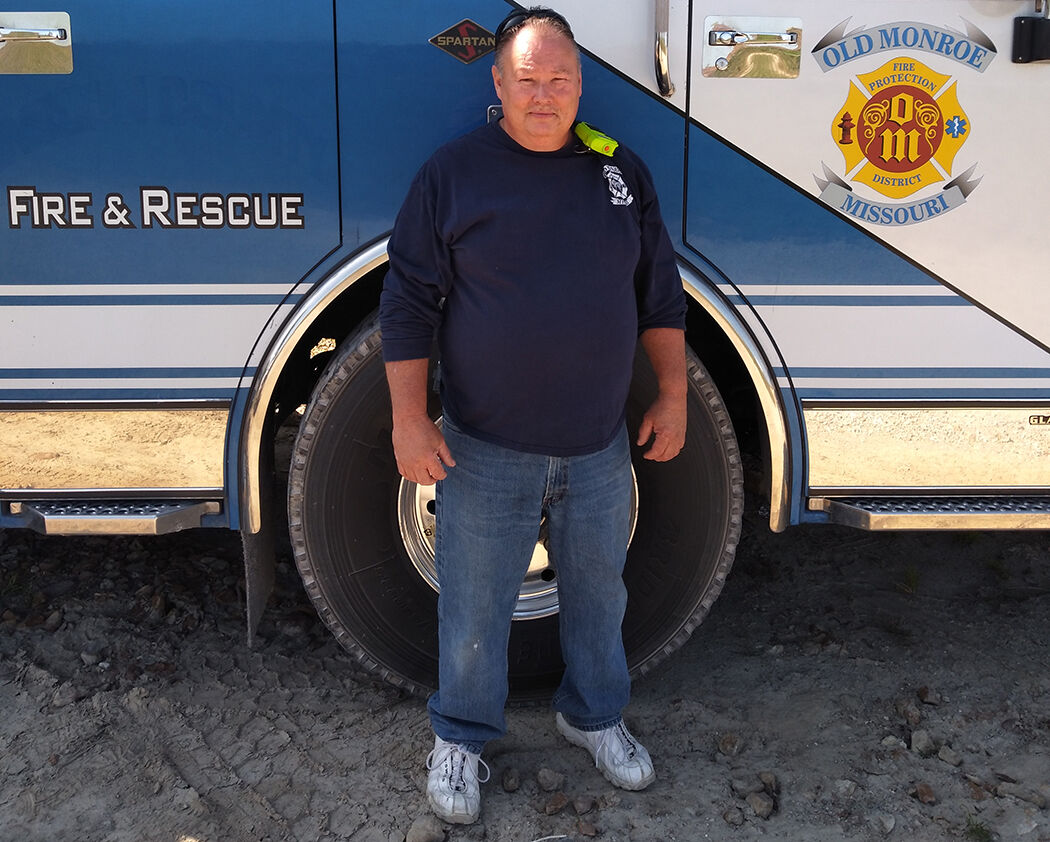 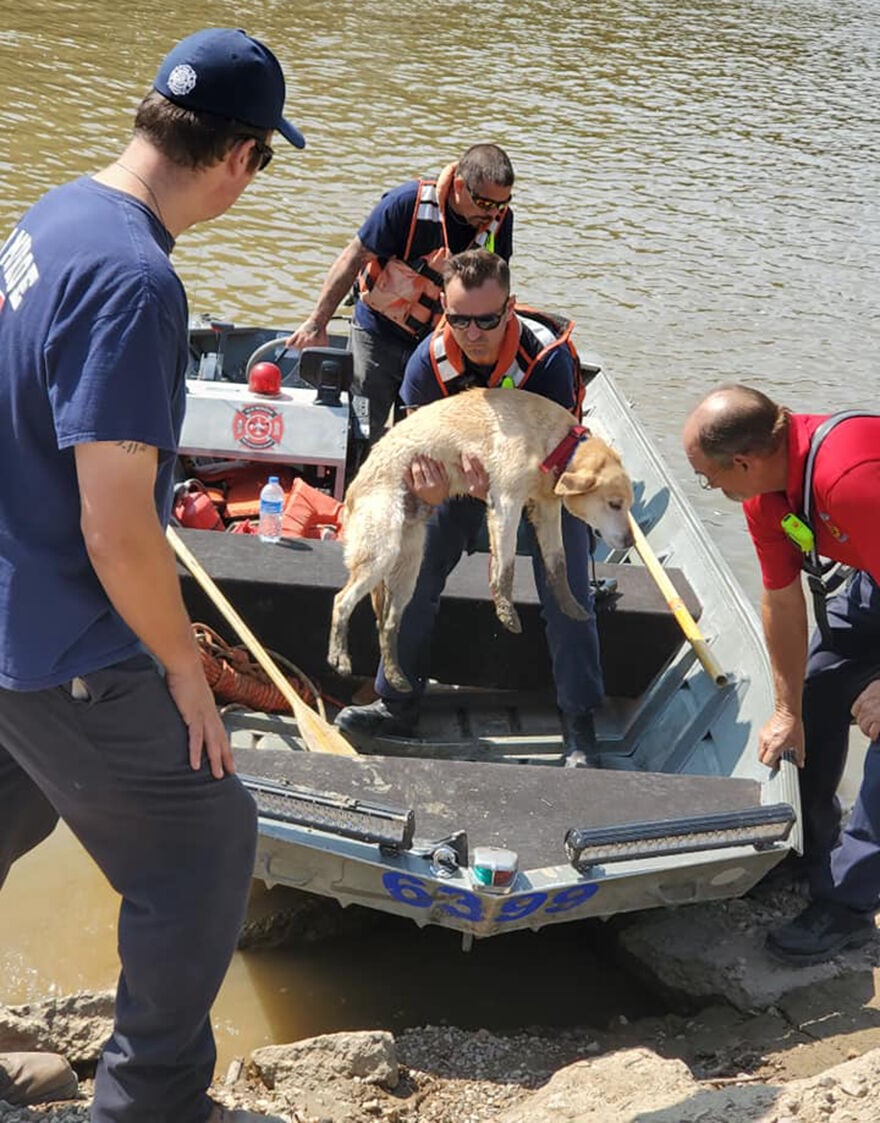 Old Monroe Fire Department members conduct a water rescue on a dog during the "Kayak the Cuivre" race on Sept. 19.

Old Monroe Fire Department members conduct a water rescue on a dog during the "Kayak the Cuivre" race on Sept. 19.

On a cool Saturday morning, the fully-volunteer department originally intended to do a training exercise at their fire station on Knights of Columbus Lane. However, Garver and his fellow firefighters were rerouted outside downtown to provide support for the second-annual “Kayak the Cuivre.”

“Our guys had no complaints. We just came out here,” he said.

Despite the impromptu change of plans, Garver said he and his unit are happy to do what the people of Old Monroe need when they need them.

“I enjoy helping the community as a public servant,” said Garver, who has served with the Old Monroe Fire District since 2013. “This is a very close-knit community.”

“We’re a real family-oriented department, and we look out for each other.”

After graduating from St. Charles County Fire Academy, Garver began his career in 1986 with the O’Fallon Fire Department, when it was still a fully-volunteer fire district. The experience he gained in those early years is being applied to a younger group of first responders in the present.

Garver’s district in Old Monroe takes approximately 300 calls per year, and regularly assists the other departments in Lincoln County, as well as his old department in O’Fallon.

During the recent floods caused by heavy rains in the county, the Old Monroe Fire Protection District assisted other local departments - in addition to conducting water rescues in their area. Old Monroe assisted the Winfield/Foley Fire Protection District in fighting a structure fire in which the units had to take several routes to arrive at the scene because of flooded roads. Garver said that was a long night, but a satisfying one, for there were no fatalities.

“That night we ran 18 calls,” he said. “We had to pull 11 people off (trapped in floods) on Ethlyn Road, then assist Winfield in fighting that fire - and we were still soaking wet.”

One of the things about serving a volunteer fire department in a small town is the chances are high a call will come from someone known to the department through church or the community - or even family. Nevertheless, helping those who need them gives Garver a satisfying feeling, even if the people his unit has helped have a tough time believing they do their jobs without compensation.

“After the call is done, the feeling you get when you see the looks on the faces of the people you’ve saved is one that’s hard to describe,” he said. “Then you tell them you’re a volunteer and you’re not getting paid for what you’re doing, and they think you’re nuts.”

To Garver and the rest of the Old Monroe Fire Protection District, first responders are a family, no matter if it’s the fire service, or law enforcement - or where they serve.

Though he said he may only serve for a few more years, Garver said when that time does come, he hopes he’s helped as many people as possible.

“I want to feel good about helping the community for 30-plus years,” he said. “Once I finally hang it up, I can say ‘job well done.’”