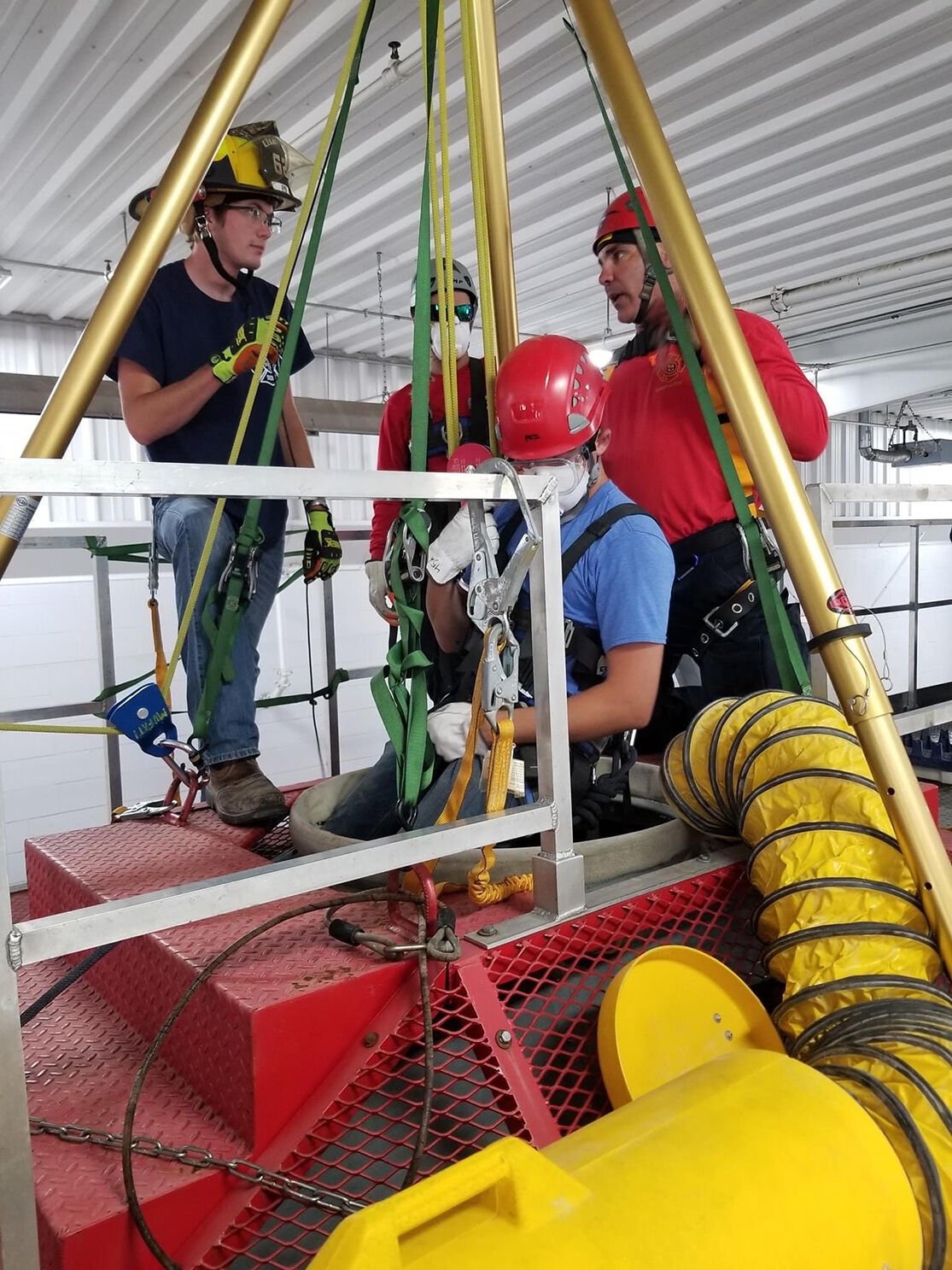 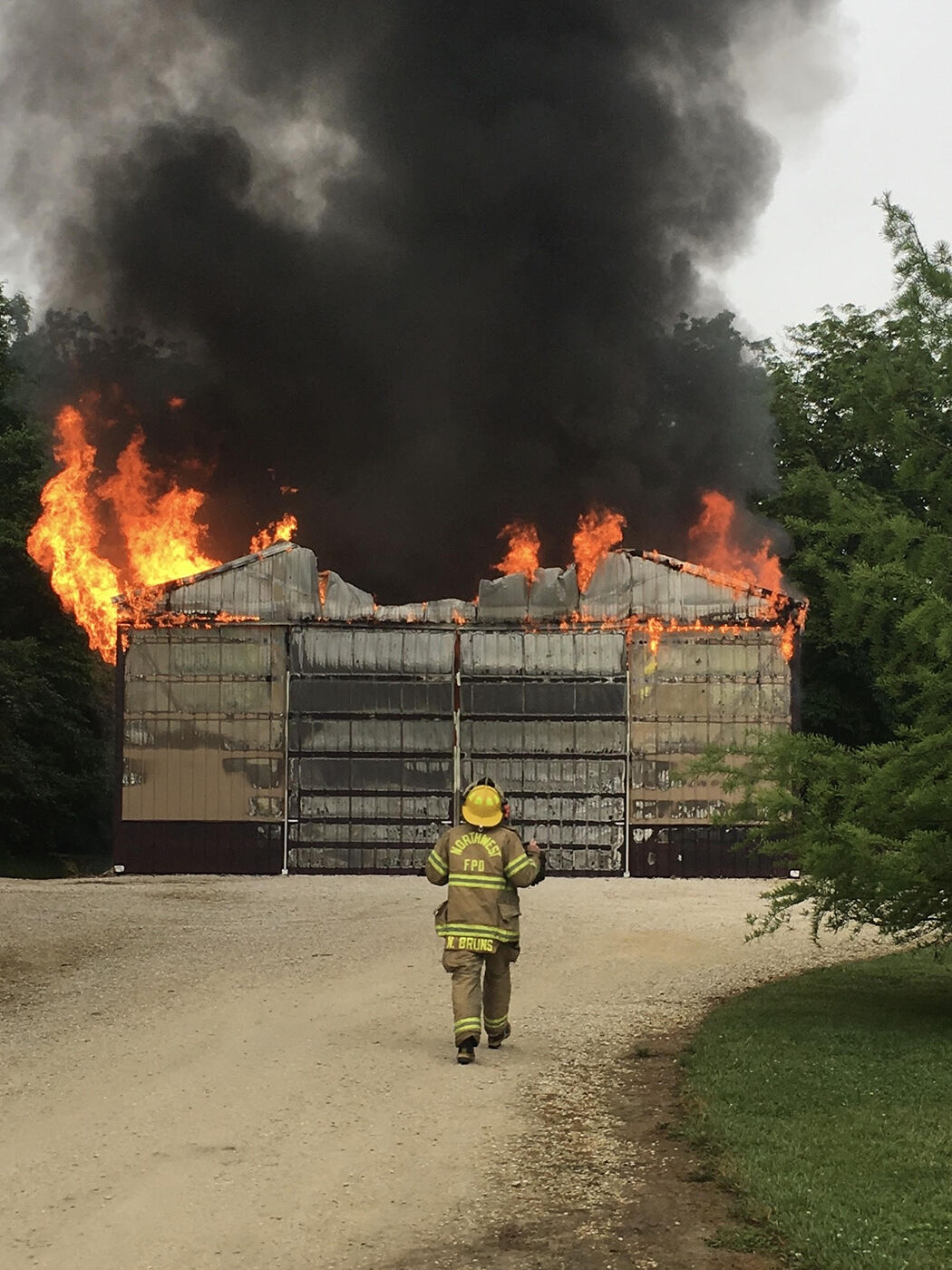 Twenty-year-old Nick Bruns of the Northwest Fire Department walks toward a burning building. 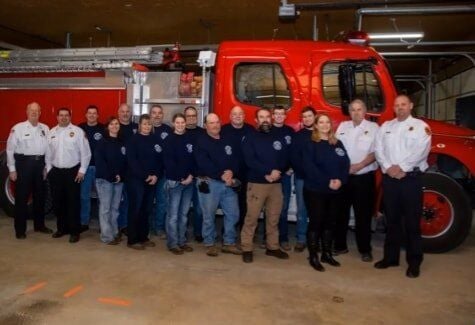 Twenty-year-old Nick Bruns of the Northwest Fire Department walks toward a burning building.

At an age when most people are in college, serving in the military or generally partying, Nick Bruns is out serving his community fighting fires.

At just 20 years of age, Bruns is a volunteer firefighter for the Northwest Fire Protection District, which represents northwestern Lincoln County and parts of Pike and Montgomery County. He said it is an honor he is trusted to work with much older first responders.

“I think it’s a big honor doing what I do for the department,” Bruns said. “Not too many people get to drive a huge fire truck and do what they love doing.”

In Lincoln County, it is far from uncommon to see generations of families serve as first responders.

As a third-generation firefighter, Bruns is no exception. His grandfather was one of the first batch of firefighters for the Olney Fire Department. His father, Tom Bruns, currently serves as the president of the district’s board of directors.

“When we were young and out doing something on the farm, and my dad would get the call, we wanted to go with him,” Nick Bruns said. “We sat in the truck and watched him and other firefighters.”

Not only does firefighting run in Bruns’ blood, farming runs in it as well. Several generations of his family have been farmers, and the two worlds collided when he took a class taught by LCFPD1 Assistant Chief Shramek.

“I took a grain engulfment class taught by Shramek and (the University of Missouri),” Bruns said. “That was useful and eye-opening to me because my dad and I are both farmers.”

The storms that raged through Lincoln County in March was the most challenging moment of his young career, according to Bruns. His department responded to a shed fire which also became a water rescue.

Firefighters had to use ladders to form a bridge over a ditch that became a raging river of water. However, they had to get to the scene first before performing their heroics.

Though the shed was damaged beyond repair, there were no fatalities from the fire or the flooding thanks to the quick thinking of the department.

“It was one of the craziest water rescues I’ve been a part of. Luckily, the patients and the animals were fine.”

Despite the fact the Northwest Fire Protection District is the second-largest in the area behind LCFPD1 at 185 square miles, it represents a close-knit area where the call could always come from someone known to the community.

“If you come up on a structure fire, or an accident or a water rescue, chances are you will know the person - or know of - the person who needs help,” Bruns said.

As an all-volunteer unit, Bruns and every other member of the department know not everyone will be able to make every call.

“You might be the only one responding to a call. It’s happened before,” he said.

Whether you’re 20 years old like Bruns, or 40 years old, not everyone can be a firefighter.

“Not a lot of people say ‘I want to jump into a burning house,’” Bruns said. “It does take a special kind of person to do this.”

Bruns said he does the best possible job he can do to help his community as a volunteer firefighter, but he doesn’t see himself ever doing it full-time while helping run the family farm. However, being a first responder will always be a part of his future.

“Two things will always continue in my life - and that’s farming and firefighting,” he said.