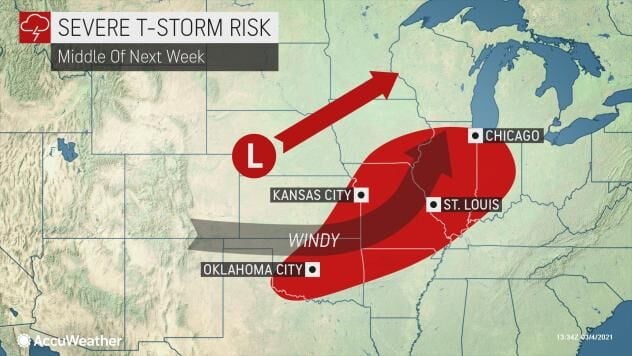 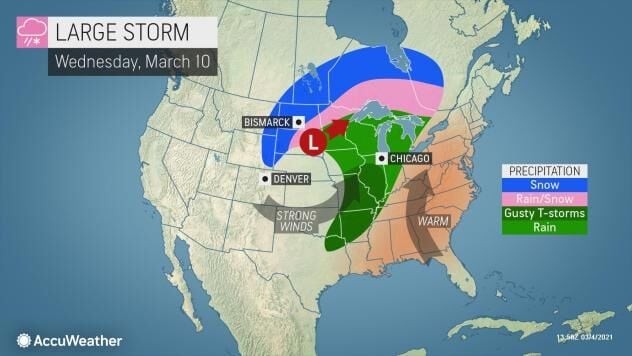 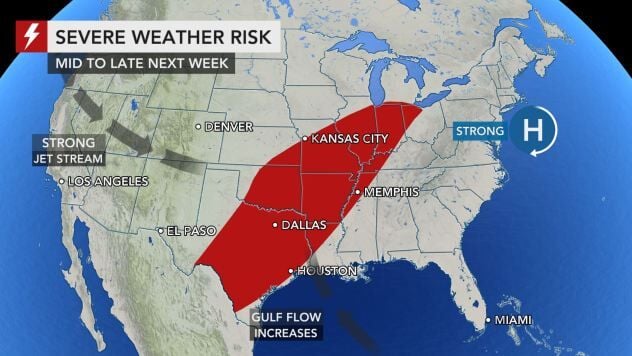 After February unleashed far-reaching brutal winter weather conditions across the United States, a relative period of calm weather has settled in for the start of March.

National radar maps showed virtually no precipitation across the lower 48 states on Wednesday, which is just about as quiet as it gets for the month.

With a few exceptions - like snow squalls that swept across the Northeast and flooding that inundated Kentucky - March mainly came in like a lamb as opposed to the proverbial saying, "March comes in like a lion and out like a lamb."

However, AccuWeather forecasters are sounding an early alert that the tranquil weather could change in a big way next week. A large storm system could emerge from the western U.S. and strengthen over the Central states next week, potentially leading to a multiple days of severe weather in roughly the same area.

Large storms are not uncommon for March. During this month of transition, surging warmth often clashes with lingering areas of cold air as the jet stream remains quite strong overhead. These ingredients can set the stage for major weather systems to take shape.

The circulation of the storm may produce a broad area of gusty winds from the Rockies to the Plains and Midwest even outside of any damaging thunderstorms that ignite - and snow and blizzard conditions could unfold along the storm's colder, northwestern flank. In the storm's warm southern and eastern sectors, conditions may bring a severe weather risk, in addition to drenching showers and thunderstorms.

"We are expecting a pattern change to evolve next week that favors building warmth over parts of the Southern and Central states, and the risk of severe weather is likely to increase during the middle and latter part of next week in these same areas," AccuWeather Chief On-Air Meteorologist Bernie Rayno said. "All forms of severe weather ranging from flash flooding and large hail to high winds and isolated tornadoes are possible at this time."

The year is off to a slow start in terms of severe weather compared to the last decade and beyond. Only 24 tornadoes have been confirmed by the National Weather Service's Storm Prediction Center from Jan. 1 to March 1 this year. That figure — although still a preliminary tornado count — is the lowest number of tornadoes compared to the past 16 years, according to the SPC.