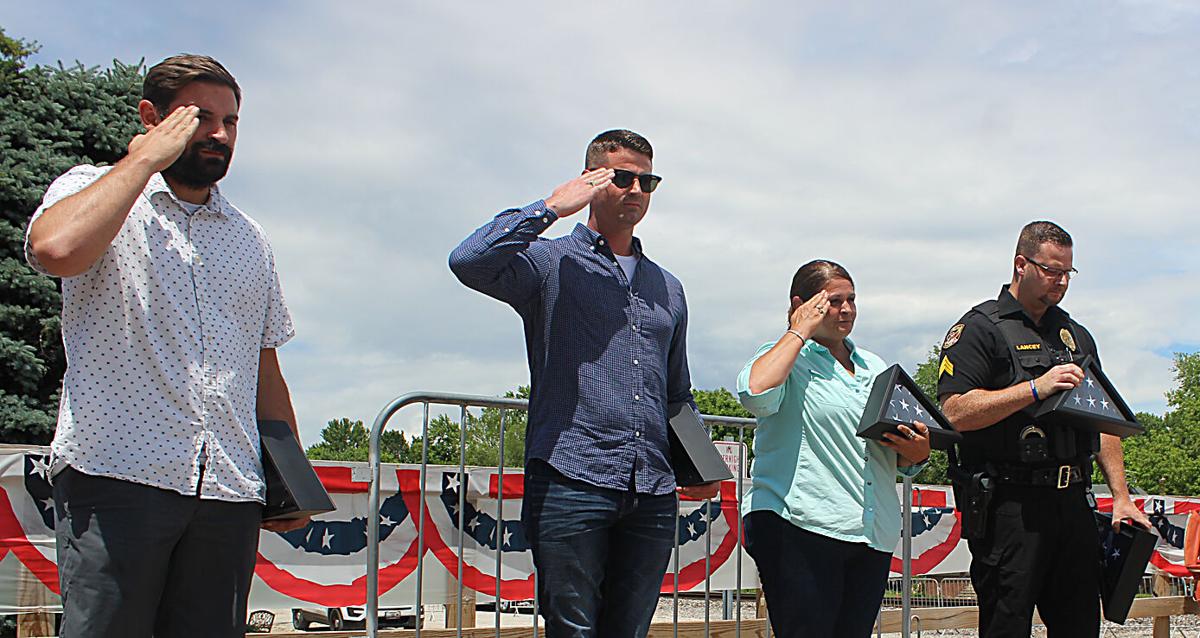 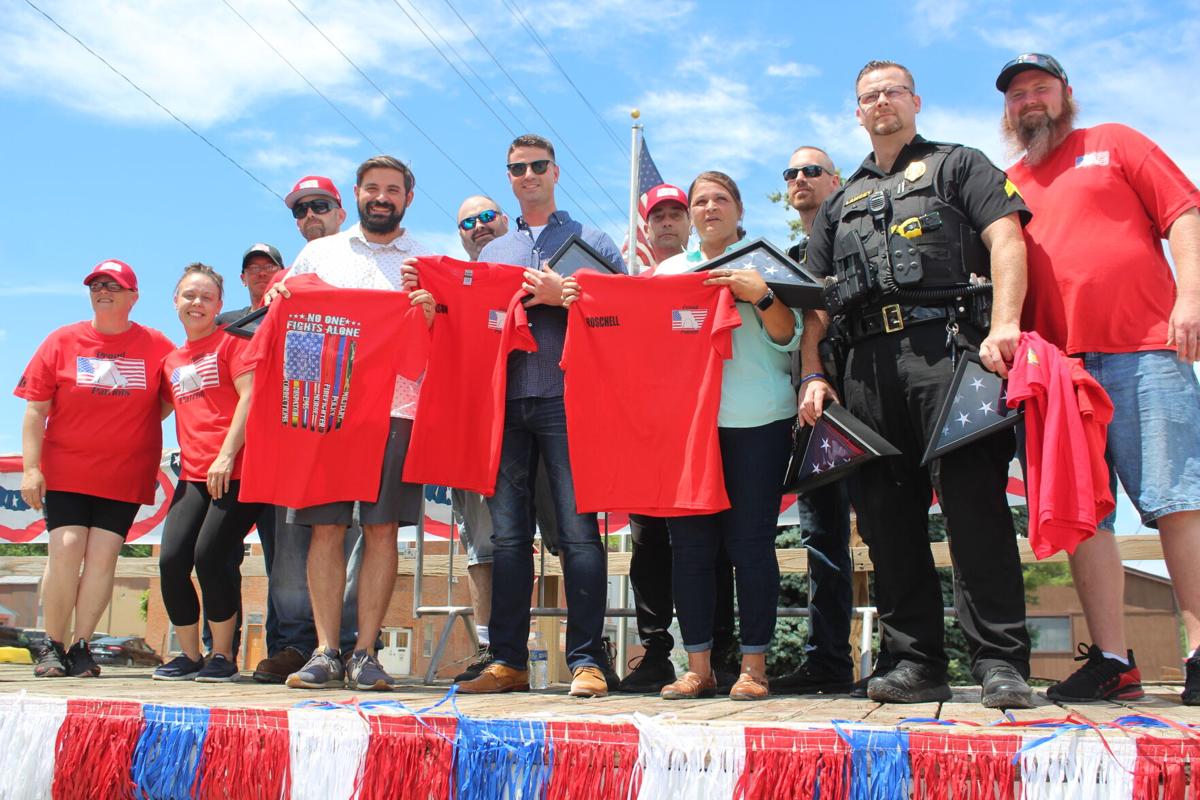 Winfield, Mo. - Community members gathered at the Winfield Fairgrounds on June 6 for a surprise party… sort of.

The Missouri Proud Patriots looked to extend honor and thanks to a family of soldiers who served the Winfield community with pride outside of the country’s borders.

Eaton had an idea about what might have been happening beforehand – but still had no clue about the magnitude about the honor to come.

“It made me proud, and at the same time, it made me nervous,” said Eaton, a 14-year veteran of the Armed Forces who served eight years in the Army and six years in the Navy. “There were a few leaks through the grapevine. I knew something was up when I saw the stage.”

The Proud Patriots, a local organization founded by Sam Hardy and Kristin Biagioli presented the foursome with flags framed in shadowboxes, as well as t-shirts with their names embroidered on them.

Proud Patriots Admins Guy Atchison, Stephanie Atchison, Vince Gibbs, Jayson Moore, Joshua Claspille and Valerie Wright joined those in attendance in a salute to the foursome for their years of service to the military during the short ceremony.

“I was 100% surprised,” said Jason Hutchins, who is currently a detective with the Kirkwood Police Department. “I was under the impression this was a celebration of my mom’s 10-year anniversary of being the City Clerk of Winfield.”

“It’s great. It’s definitely a surprising event,” Lancey said. “The community showed a lot of support – and I definitely wasn’t expecting it.”

Devlin Hutchins was touched by the show of support from the community, and the fact he was able to share the honor with his family and a close friend.

“It was a great thing, but it was also surprising,” said Devlin Hutchins, an Army veteran who served from 2006-2015. “It was also great to honor a first-responder as well (in Lancey).

Jason Hutchins also had the rare opportunity to serve with his mother as part of the 3175 Military Police Company in Kosovo from March of 2008 to March of 2009. He said it wasn’t always easy at times.

“In one instance, it was nice because you had a piece of home with you, but it was tough because you were in the military. Overall, it was great,” said Jason Hutchins, who served in the Army from 2005 to 2013.

Lancey also served in the military police unit with Eaton and Hutchins in Kosovo, and understands the value of family and service. Charles Lancey’s father, Kermit Lancey, served in the Marine Corps in the 1970s before entering civilian life as a law enforcement officer.

Kermit Lancey then reenlisted and served in Kosovo, Iraq and Afghanistan in the 2000s, and is a reserve officer in Winfield.

“We have a close relationship, and I call (Eaton)’Mama E,’” Charles Lancey said. “I call Jason my little brother since we’re both law enforcement officers and we served together.”

Eaton said she was apprehensive about her sons following her path into the Armed Forces, but when Jason enlisted, and was deployed, she requested to be in his unit.

Eaton said though the honor is nice, she is even further reticent about discussing her service, because so many servicemembers before her led the way.

“It’s nice (to be honored), but it’s definitely not why we do it,” Eaton said. “People who died serving our country paved the path for organizations like this, because they served in a different time than I did.”

What is your favorite place to get wings?