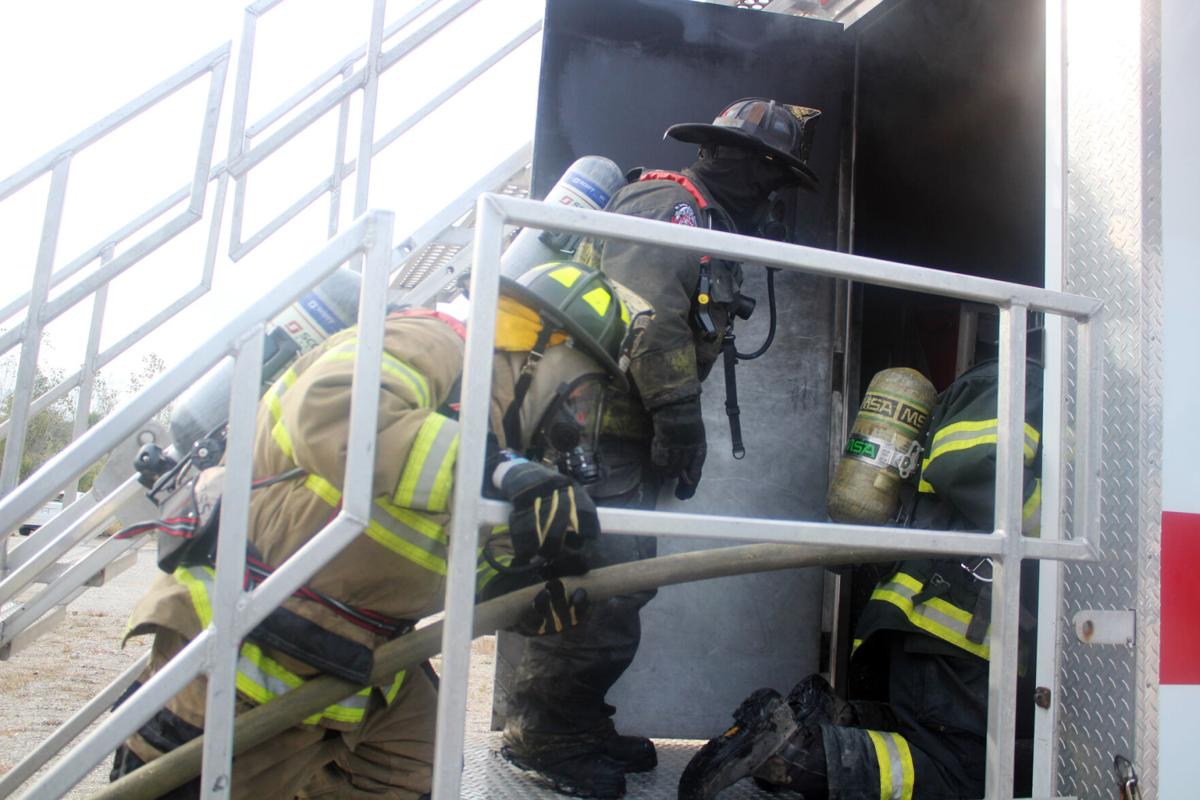 Firefighters perform drills in groups on the Structural Training Simulator on Oct. 23 in Old Monroe. The portable facility, which was donated by the State of Missouri, simulates a burning building from the inside and outside, and is part of the state’s firefighter certification course. 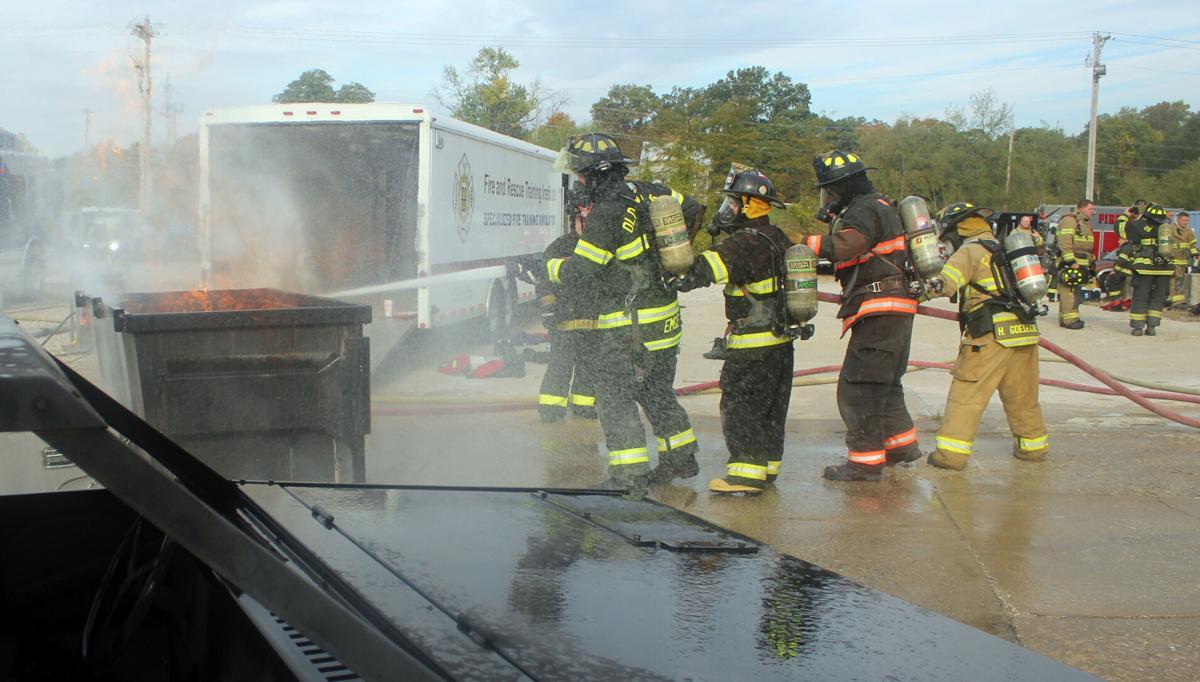 Firefighters perform drills in groups on the Structural Training Simulator on Oct. 23 in Old Monroe. The portable facility, which was donated by the State of Missouri, simulates a burning building from the inside and outside, and is part of the state’s firefighter certification course.

Old Monroe, Mo. - In the wee hours of Oct. 23, Old Monroe Fire Protection District firefighters were at work at the scene of a car crash in rural Lincoln County.

Just a few hours later, on a cold Saturday morning, the members of the all-volunteer unit joined trainees from Hawk Point, Winfield-Foley, Elsberry, Lincoln County Fire Protection District 1, New Melle and Fulton for the final steps of what they’ve all been working on for a year: Missouri State Firefighter Certification.

“All of these men and women have given up their time to serve their communities,” said Instructor Pat Schwent, who has served as the chaplain for the Old Monroe Fire Protection District for over 20 years. “These are all volunteers here.”

The firefighters worked in groups on live drills from several skill testing stations for several hours during the all-day exercise in the controlled environment, with equipment donated through the State of Missouri.

Instructors and safety personnel arrived from St. Louis and Gravois to help with the training.

In the Structural Fire Training Simulator, firefighters are trained to watch for rolling flames on ceilings. Flashovers are fatal to everyone inside of a building during a fire, so it is imperative for firefighters to look for those rolling flames, and constantly spray water on them during the testing in this controlled environment.

Flames will also be on a makeshift bed, as well as other areas of the similator.

There were several other stations on the course, such as a makeshift trash can and a burnt out car.

“This is the big one for the state,” he said. “Fire doesn’t change no matter where you are, whether it’s St. Charles, St. Peters or Lincoln County.”