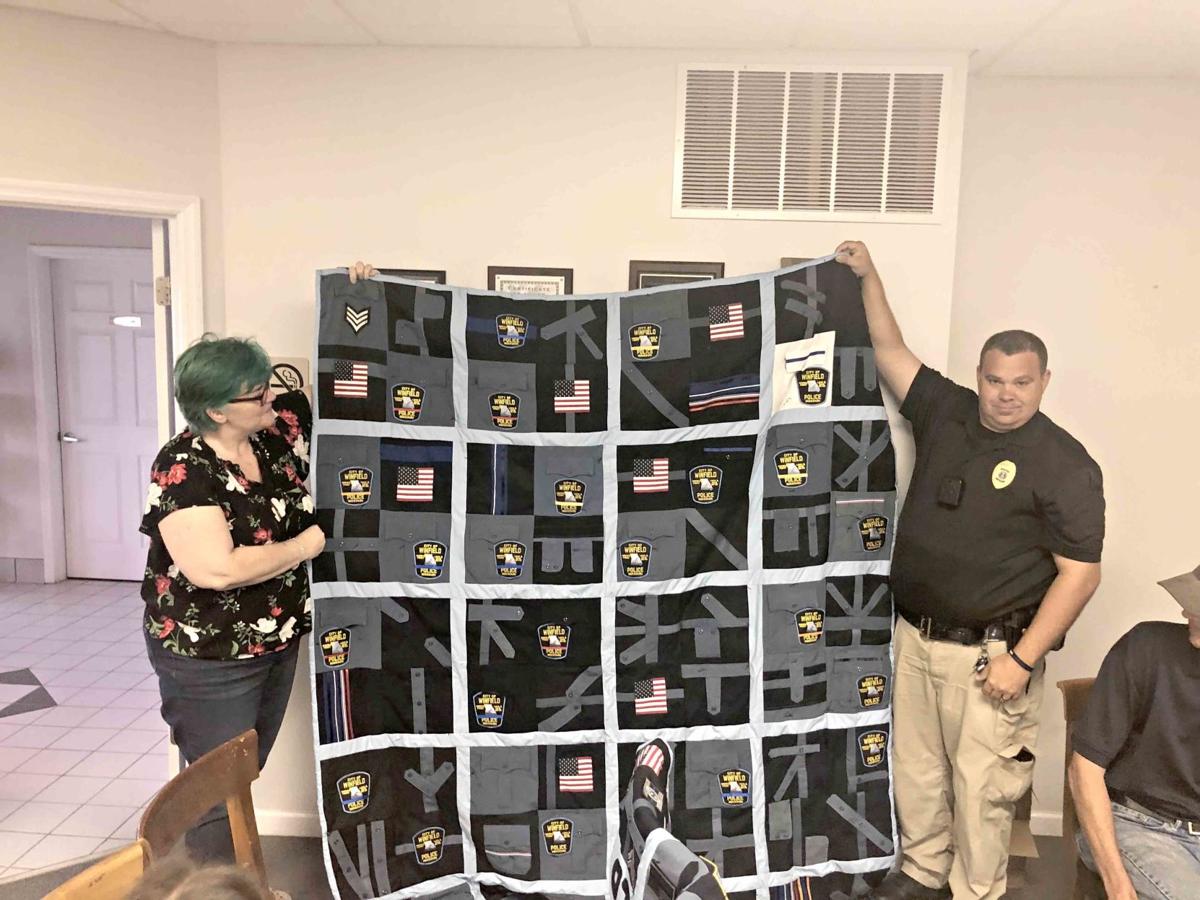 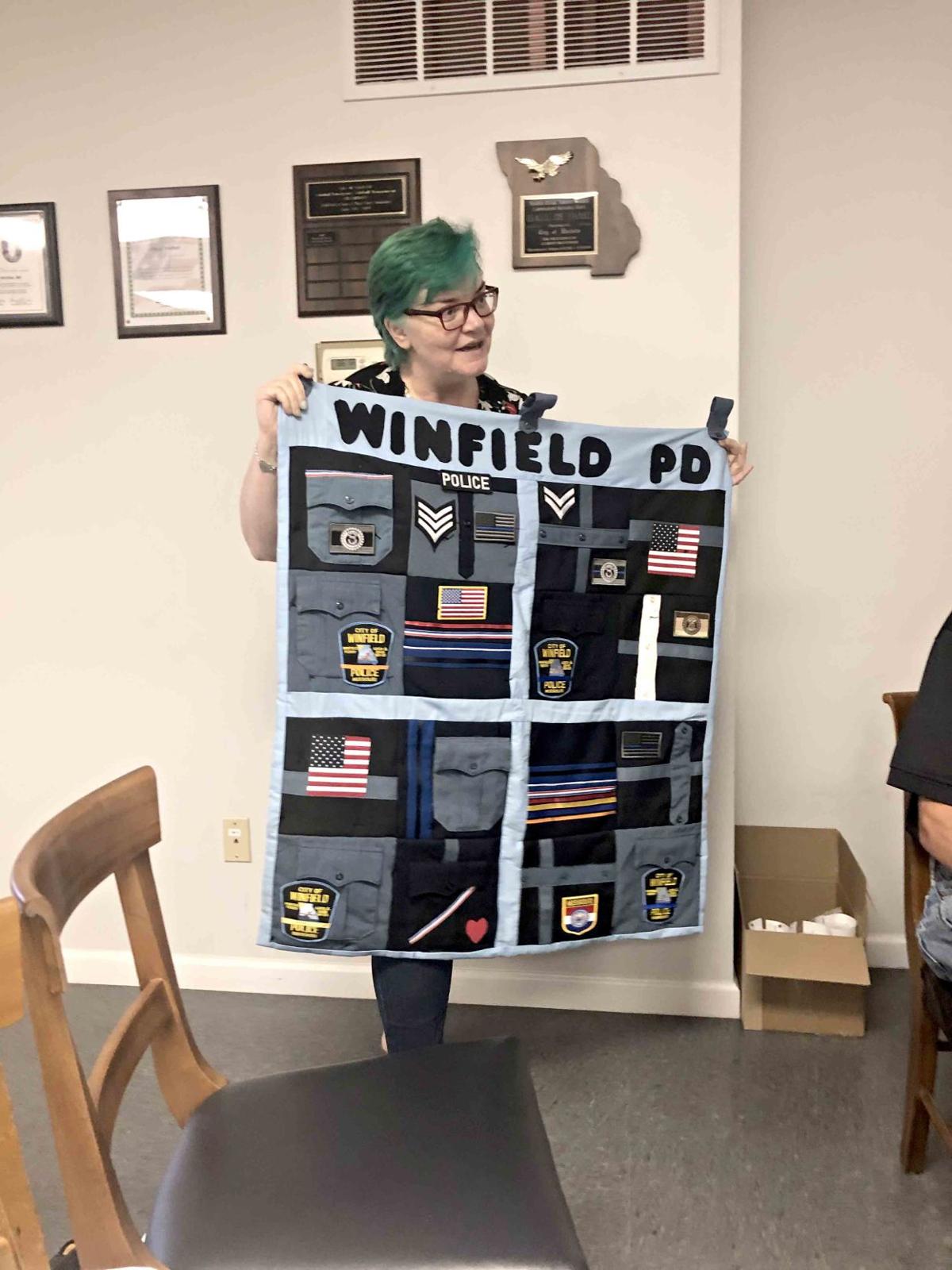 Kim Eplett with one of the smaller pieces. Photo courtesy of Winfield Police

The Winfield Police Department received a quilt last week, made entirely of outdated uniforms that were used within the department in the past.

“Instead of throwing them away, we wanted to put them to use by creating a quilt,” Burleson said.

It all started with a Facebook post to see if anyone would be interested in taking on this project. The goal was to raffle off the quilt as a fundraiser for the Winfield Police Department. Kim Eplett saw the post and decided to take on the project as a coordinator.

“I am a very novice quilter so this is not a project I would take on, so I reached out to the community,” Eplett said.

Eplett reached out to the community and had a great response, however, the project seemed to have slow progress. She then came across Sarah McDaniels in a Facebook group for quilters. “She and her husband jumped in with both feet and did far more than I expected,” Eplett said.

McDaniels is an advanced quilter, with t-shirt quilts being one of her favorite things to make. She was thrilled with Kim had reached out to her about making a quilt for the police department, although this would be much different than any other quilt she had made before.

“I cut up shirts and pants while my husband removed the patches, I used every part that I could possibly use,” McDaniels said.

When the quilt was finished it was large enough to fit a queen size bed. She also created a wall hanging for the police department to keep. The quilt is scheduled to be raffled at the Lake Saint Louis farmers market with all proceeds going to the Winfield Police Department.

“We just appreciate her love and respect for doing this for a smaller district and just that everyone wanted to be a part of this,” Eplett said.

“It was my pleasure to be able to do this and be apart of such an amazing project,” McDaniels said.

Continuing its mission to upgrade its tech, Winfield’s Police Department recently acquired a three-in-one solution that will act as officers’ …