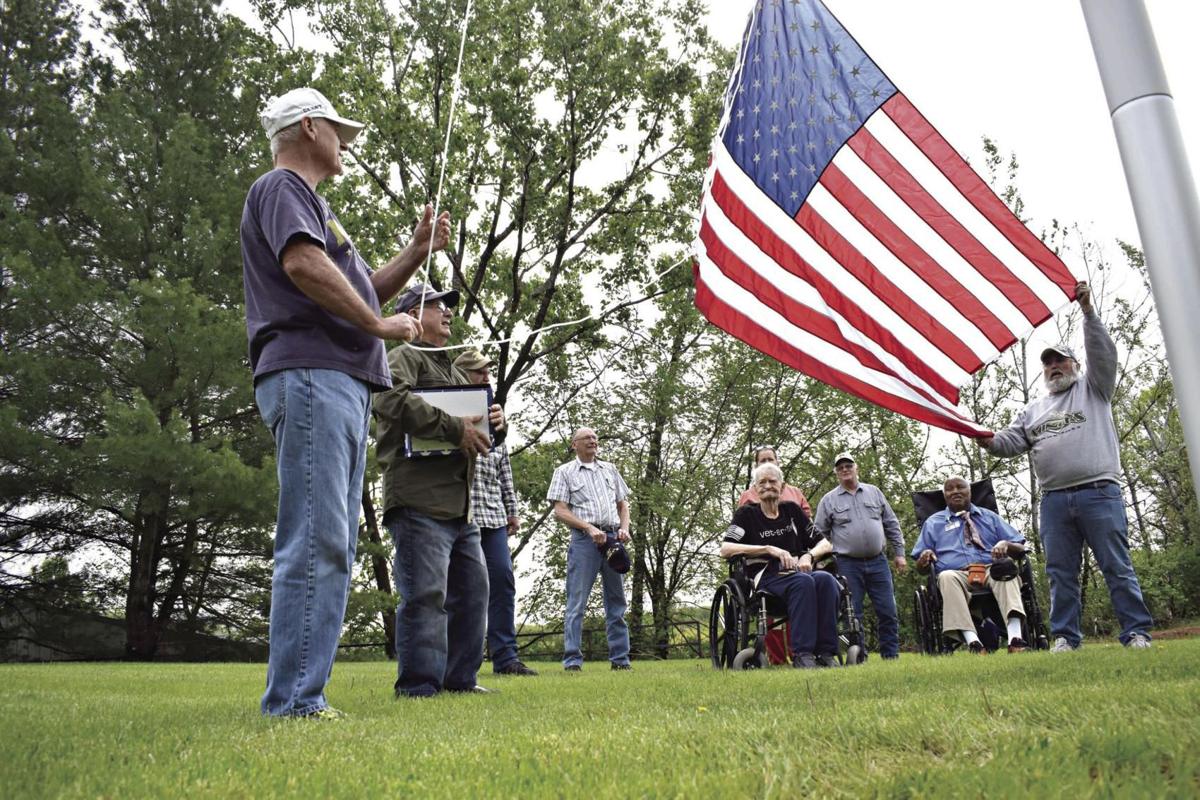 Roger Kiesey  (left) along with Mike Goins, Rick Ludwig, Dale Snider and Gene Kautz raise a flag at Silex Community Care last May for the veterans in the facility. 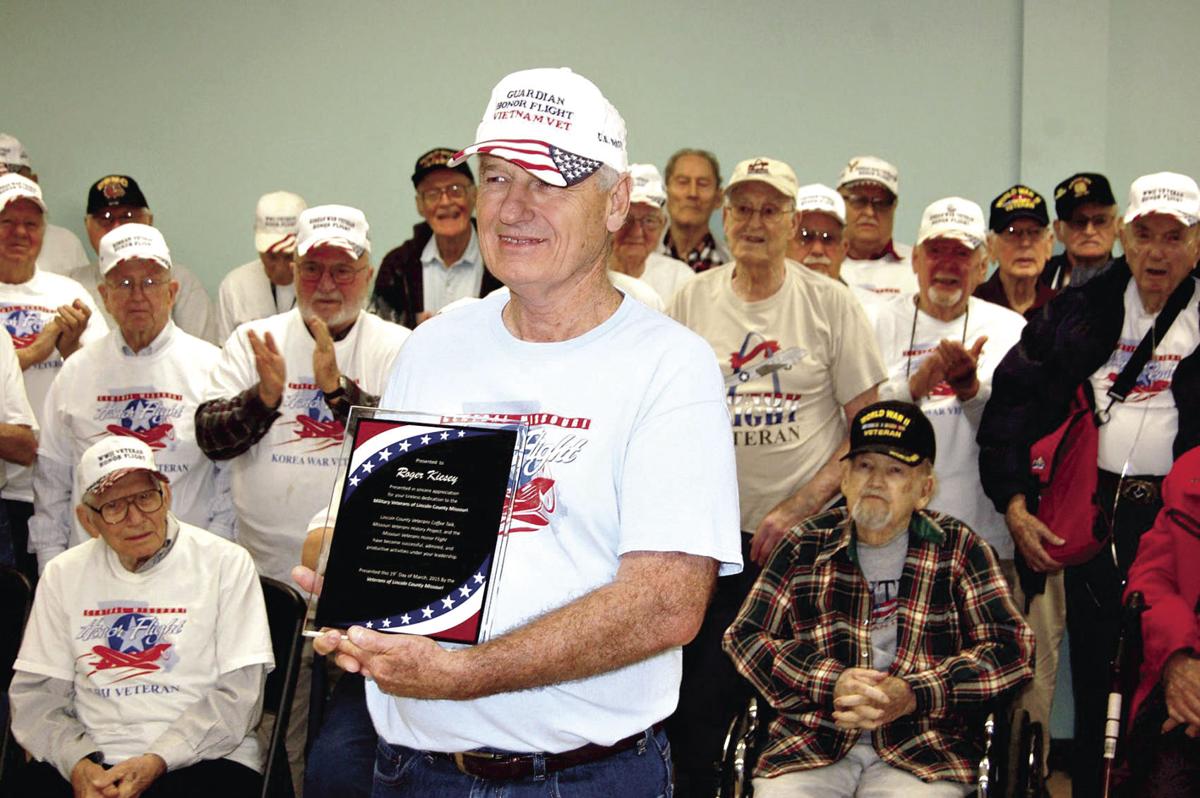 Above, Coffee Talk celebrates its fourth anniversary back in 2015. Roger Kiesey was presented with a plaque for his efforts to organize the group.

“It’s been nine years as of March 15,” Jan Bettencourt, a volunteer with the program, said. “In the nine years they have found out about the Honor Flight out in Columbia and we’ve had close to 300 that have gone on the Honor Flight. It has brought so much closure to a lot of our veterans.”

On the surface, Coffee Talk provides free coffee and refreshments for veterans at a weekly gathering – but regular attendees will say it does a bit more than give the veterans a snack and caffeine fix.

“The coffee talk has brought fellowship, camaraderie, teamwork, supporting each other, and it’s amazing,” Bettencourt said. “I have kept a book since the first day of everybody who comes for the first time. I keep their name, branch of service, and years served. Today we’ve had probably about 1,080 who have attended our little Troy Veterans Coffee Talk. It’s absolutely amazing.”

The organization does more than just provide a weekly outing for veterans, though. They also do fundraisers for various organizations and even assist in a government history project.

“In the year 2000 the US Library of Congress wanted to do some personal interviews and recordings of WWII veterans; of their personal accounts of WWII,” Bettencourt said. “They interviewed 9,000 WWII veterans and then they ran out of funding. So they went through different state organizations and asked for volunteers. Roger Kiesey found out and right away he wanted to get on board. We’ve interviewed more than 150 veterans.”

As well as providing a gathering place for the county’s veteran population, Coffee Talk also raises money to send veterans on trips to war monuments and museums.

“Last year we had a bus trip to the WWI museum in New Orleans and we’ve gone to Perryville, Missouri to see the Vietnam wall that they built there, which is a replica of the one in Washington,” Roger Kiesey, the organizer of Coffee Talk, said.

Coffee Talk has had an impact on the local community as well as its attendees.

“We’ve participated greatly in the community, so much so that the Chamber of Commerce awarded Veterans Coffee Talk a Give-Back Award about three or four years back,” Kiesey said. “Right now we’ve got several veterans helping with the Meals on Wheels delivery in Lincoln County. All the people are very respectful, committed, and patriotic.”

Kiesey says that his greatest helper and supporter is his wife, Linda Kiesey. You can learn more about Coffee Talk on their Facebook page, Lincoln County Veterans Coffee Talk.