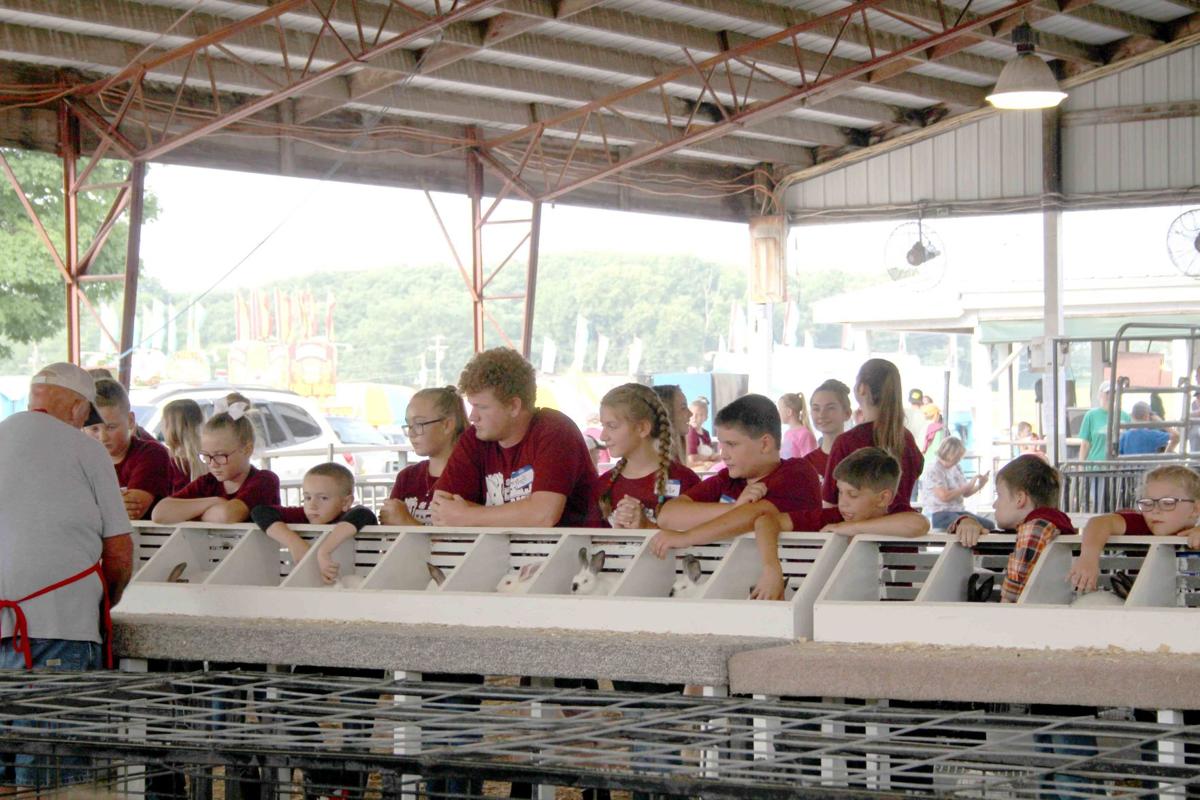 Participants and their bunnies at the rabbit show. Photos by Danielle Williams 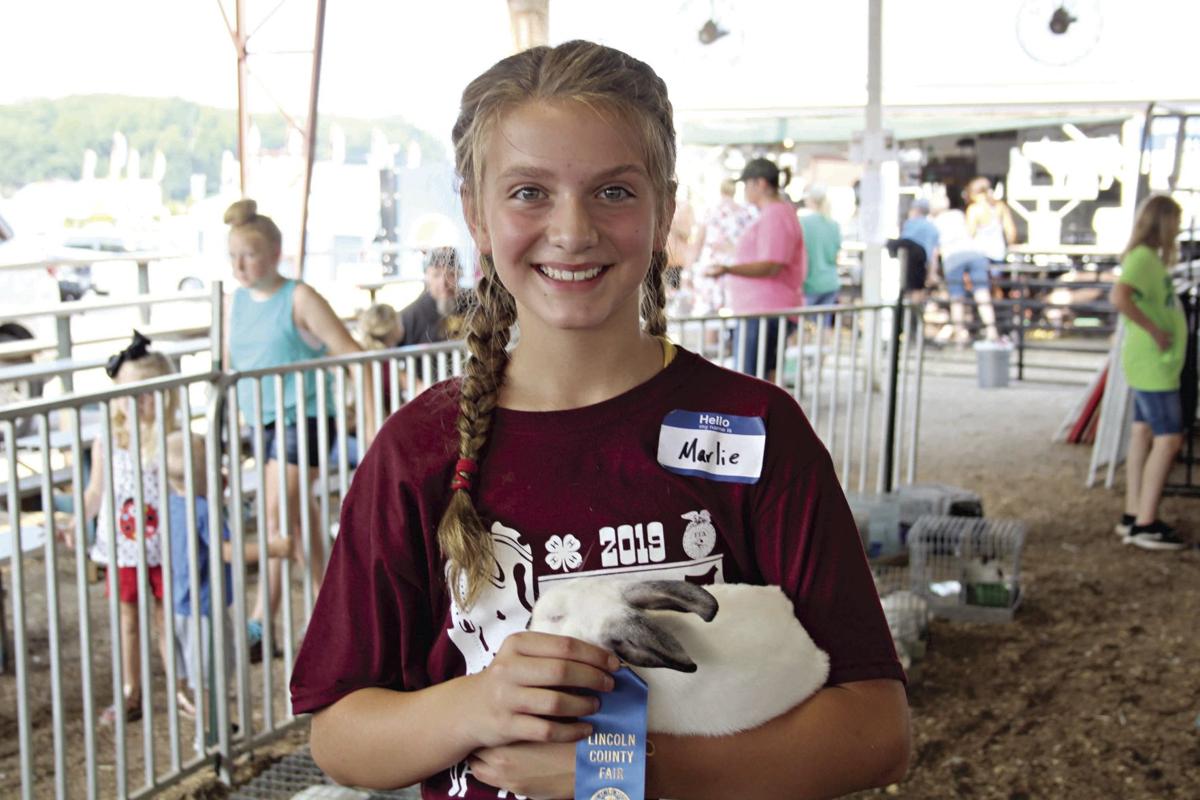 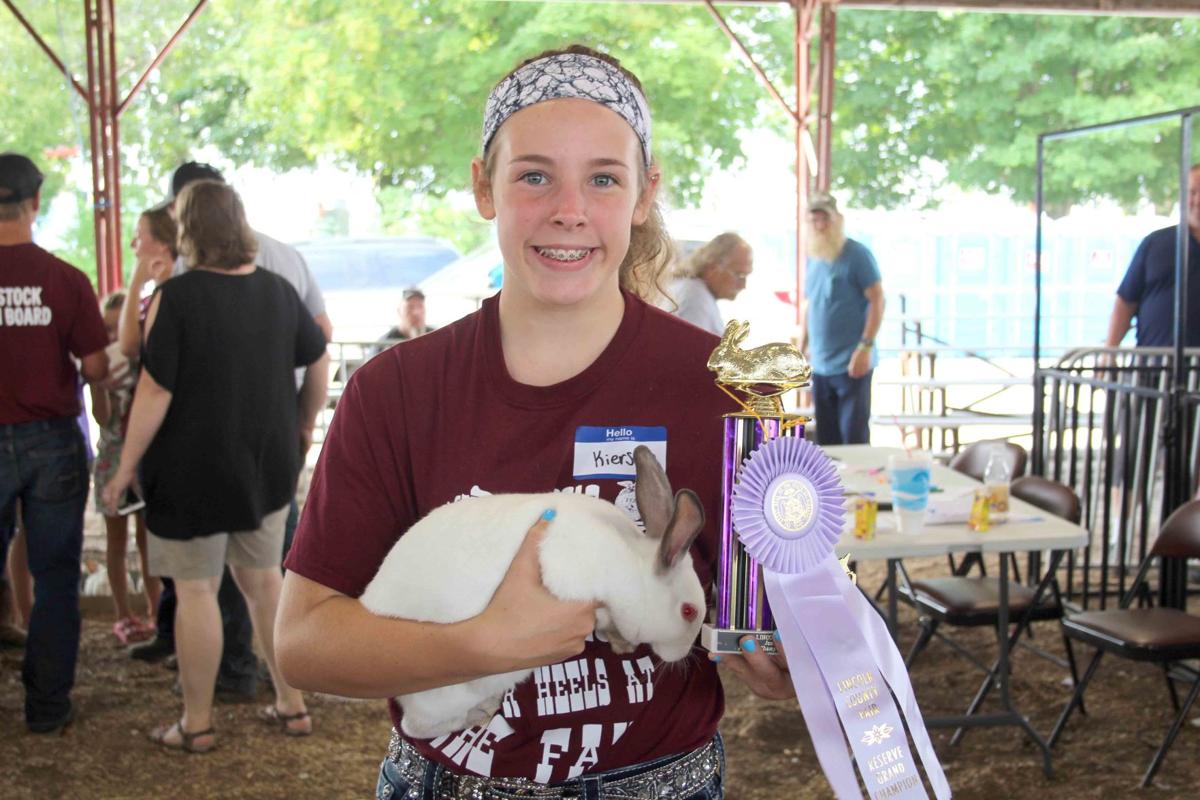 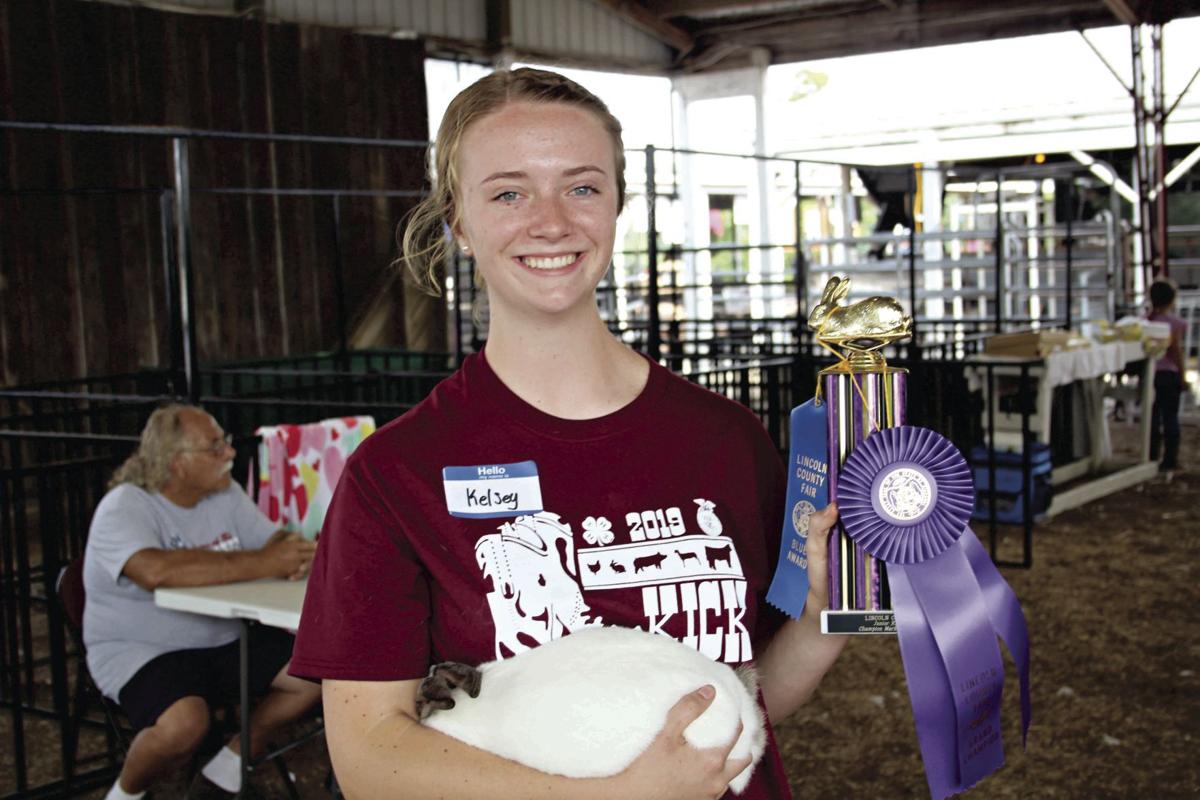 The Lincoln County Fair hosts the annual 4-H and FFA Junior Poultry Show each Monday before the fair officially starts, an event open to any active 4-H or FFA member.

Throughout the year the members attend monthly meetings to learn more about the poultry industry.

To prepare for the show, the members must raise their own chickens, which they then exhibit at the fair. The show consists of forty-five classes of different breeds, ages and genders of the birds. The birds are judged on confirmation, weight distribution and overall body of the bird. This year the judge was Mark Cunningham of the American Poultry Association.

During the Market Flyer class, the exhibitors showed a pair of Cornish-Cross breed chickens. The pair of birds was judged on how uniform in weight and build they were as well as the overall body of each. The birds in the class were auctioned off Thursday at the Jr. Livestock Auction where all 4-H and FFA members sell the livestock they have shown at the fair. This year the Junior Poultry Show Grand Champion for Market Fryer was Molly Ladlie and the Reserve Champion was Emilee Harris.

Alongside the chickens, the fair also held the Junior Rabbit Show, judged this year by Gene Gillispie of Vienna, Missouri. This was his first year to attend and judge the Junior Rabbit Show for Lincoln County. The show offered eight classes for the exhibitors to show in. One class, the Market Fryer class, allows exhibitors to show the rabbits they will take to the auction.

One exhibitor, Marlie Karsten, has been showing rabbits for the past two years.

Karsten exhibited in the Market Fryer Rabbit class where she was awarded a blue ribbon.

To determine the winner, the judge examines the build and body of the rabbit.

“The judge checks the rabbit, he flips them over and looks at them on all sides, even checking their ears for mites,’’ Karsten said.

This year the winner for the Junior Rabbit Show Market Fryer class was Kelsey Hutson who won Grand Champion and Kierstyn Schieffer as the Reserve Champion.