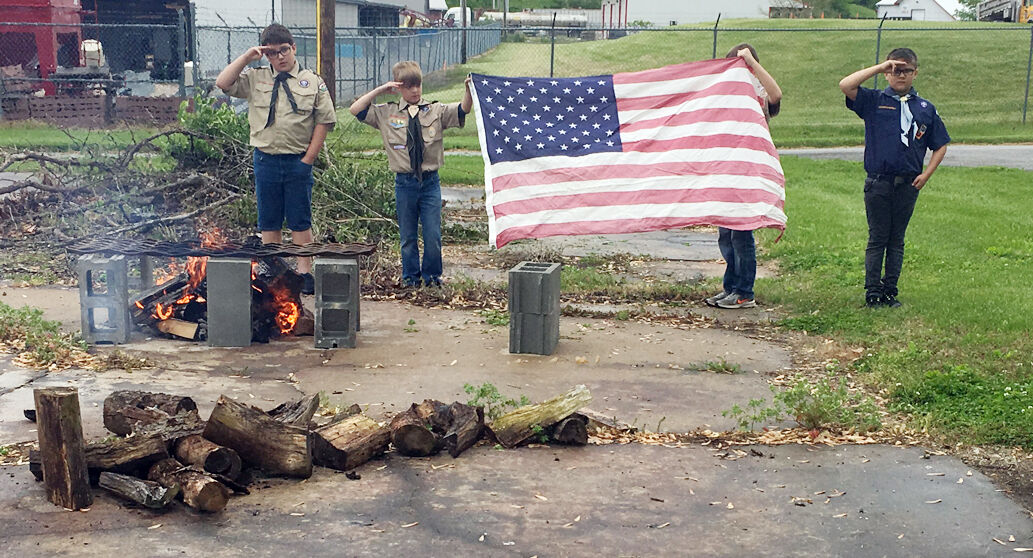 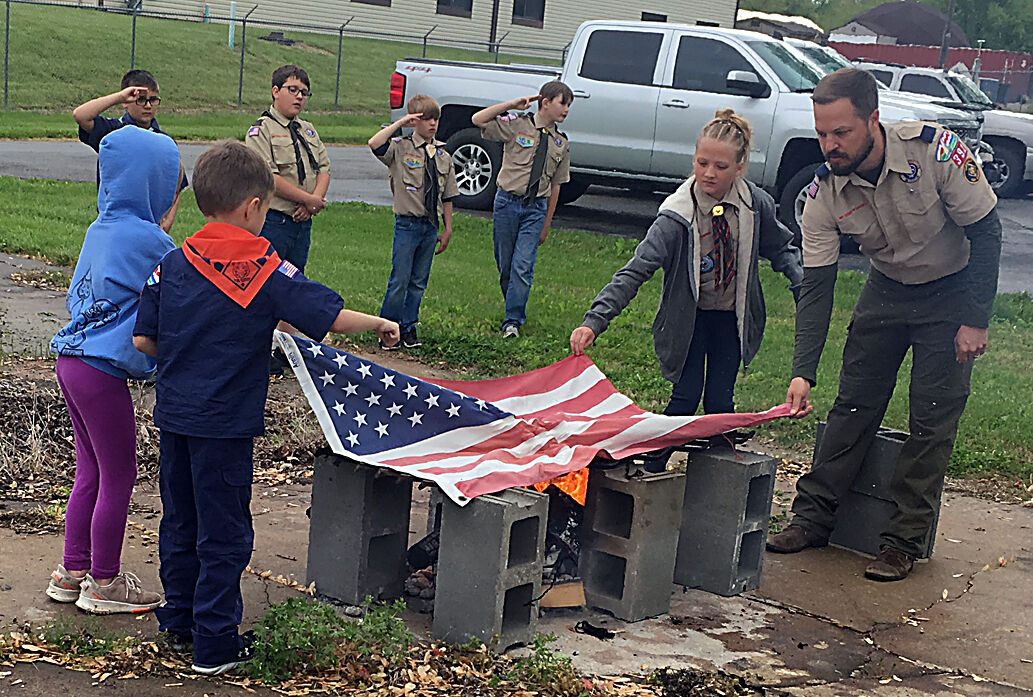 With individuals gently handling the corners, each flag was laid gently upon the fire.  Backs to camera left to right: Kylie Aaron and August Keeven.  Opposite side left to right:  Cheyanne Mueller and Paul Keeven.  Saluting in the background left to right: Isaiah Bunce, Braidan Aaron, Wyatt Mueller, and Nikoli Kinion.

With individuals gently handling the corners, each flag was laid gently upon the fire.  Backs to camera left to right: Kylie Aaron and August Keeven.  Opposite side left to right:  Cheyanne Mueller and Paul Keeven.  Saluting in the background left to right: Isaiah Bunce, Braidan Aaron, Wyatt Mueller, and Nikoli Kinion.

An auspicious event took place on Saturday afternoon, May 15, at the American Legion Post grounds in Elsberry.

Mike Talbot and other members of the Sons of American Legion Post 226 orchestrated the method in which unserviceable flags are to be retired from use.

Over the past two years, over 100 flags had been collected at or near the receiving box outside the Legion building in preparation for these dynamic symbols to be laid to rest.

In 1937, those attending the National Convention of the American Legion in New York worked together to establish the Ceremony for Disposal of Unserviceable Flags so that folks would understand how respectful flag retirement should be observed.

Eighty-four years ago Legion members resolved to adopt a protocol which “encouraged proper respect for the Flag of the United States and provided instructions for disposal of unserviceable flags in a dignified manner.”  During the succeeding years, the guidelines have provided thousands upon thousands of citizens with much needed information.

The Boy Scouts are often called upon to actively participate in the ceremony, and Saturday’s group was no exception.

Cub Scout Pack 391 and the Boy Scouts of Troop 389 very ably conducted the ceremony under the guidance of Cubmaster Paul Mueller as he read the script used by Scouts across the country.  Kim Mueller instructed the children to follow the protocol properly.