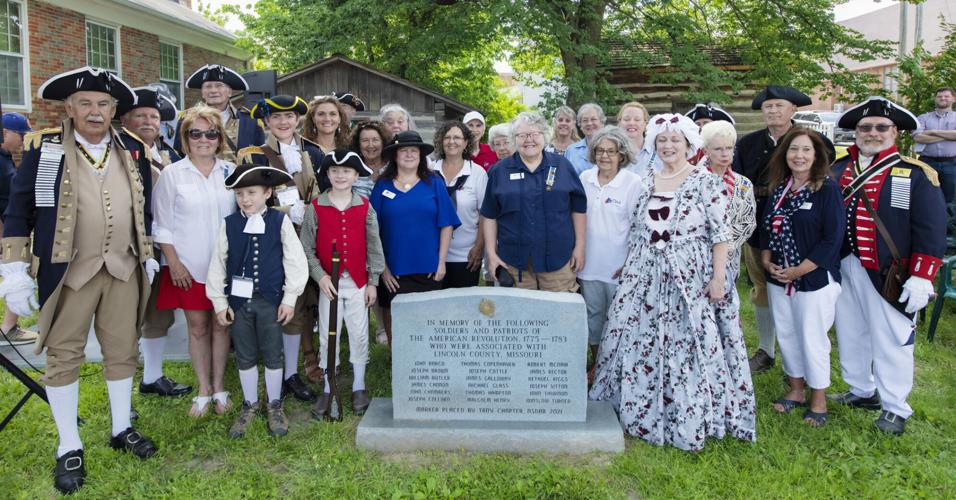 Members of the viewing public, the DAR and the SAR (Sons of the American Revolution) gather around the new memorial at Spring Park. 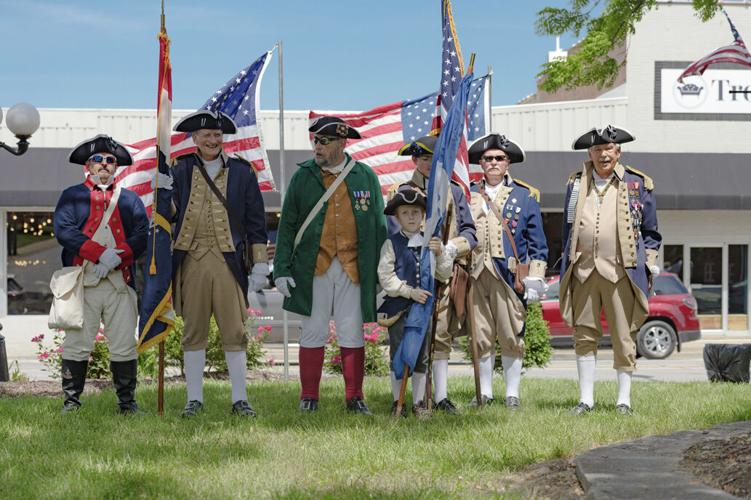 SAR members honored the DAR’s presentation by presenting colors at the event. 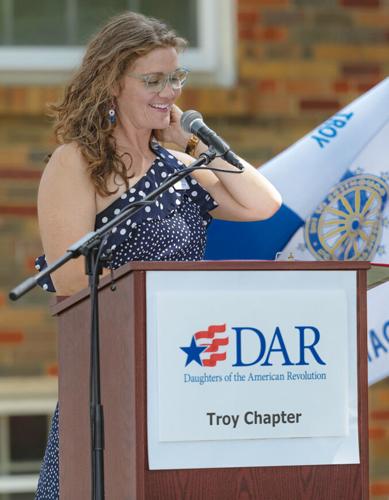 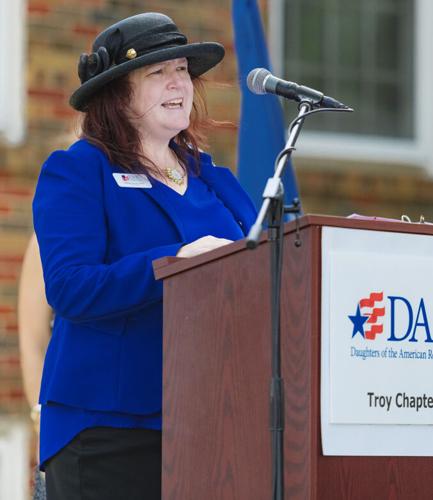 Members of the viewing public, the DAR and the SAR (Sons of the American Revolution) gather around the new memorial at Spring Park.

SAR members honored the DAR’s presentation by presenting colors at the event.

Lincoln County, Mo. - Memorial Day, also known as Decoration Day, has been a federal holiday since 1971.

Over two centuries of war existed in this country before Lyndon B. Johnson officially declared the holiday, and this Memorial Day, DAR (Daughters of the American Revolution) members honored the military service of men who passed long before 1971.

In fact, the men they honored were all veterans of the Revolutionary War (1775-1783), and even more impressively, they were all Lincoln County Residents.

The event commenced with a color guard dressed in revolutionary war attire; its members were Sons of the American Revolution members who joined the DAR for the commemoration. After colors were presented and an introduction given, Mary Beth Johnson (of Lake St. Louis) was invited to the microphone to sing the national anthem.

Attendees were welcomed to sing along, many of whom did. DAR Troy chapter vice regent Zenda Folta then led the viewing public in reciting the American’s creed, written by William Tyler Page and adopted by the U.S. House of Representatives in 1918.

Mande Grimstead, the DAR Troy chapter’s regent, then delivered a speech, detailing the DAR’s purpose and hope for the day.

“[This] is a time to set apart a particular place in order to honor and memorialize these Revolutionary War patriots,” stated Grimstead. “There were many revolutionary war veterans who lived for short periods of time here in Lincoln County and moved on, but these men listed on this monument have been documented as being buried here or having their wills probated here in Lincoln County.”

Following her speech, Debby Haas, the chapter registrar, was called to the stage to discuss her personal involvement in orchestrating the day. In the process of attempting to locate her own ancestor’s grave, she, “Realized that many of [the Revolutionary War veteran’s] graves were on privately owned property, were falling apart or were unable to be [located or identified].”

This discovery led to her efforts to ascertain a memorial stone honoring Lincoln County’s Revolutionary War veterans. For Haas, the importance of memorials is stressed in a quote from George Washington which she herself recited, “The willingness in which our young people are likely to serve in any war, no matter how justified, shall be directly proportional to how they perceive the veterans of earlier wars were treated and appreciated by their nation.“

Following Haas, Grimstead called for the curtain shrouding the memorial to be cast aside, revealing the monument for which this group of people gathered to dedicate. She summed up the purpose of the monument, stating, “May it remind us of those whose service to our country and heroic sacrifices aided and advanced the cause of independence.”

Concluding the event, chapter chaplain Renee Boyd beseeched holy God, stating, “We pray that with this dedication may come greater inspiration for our broader vision and service to all mankind.” Her benediction concluded the unveiling and encapsulated the sentiment of Memorial Day beautifully:

“May what we do give freedom and love to our world.”

What are your July 4 weekend plans?

With the price of gas still high across the country, many people are still planning to travel to visit family and friends, as well as taking much-needed summer vacations over the Independence Day holiday weekend. What are your plans over this weekend?