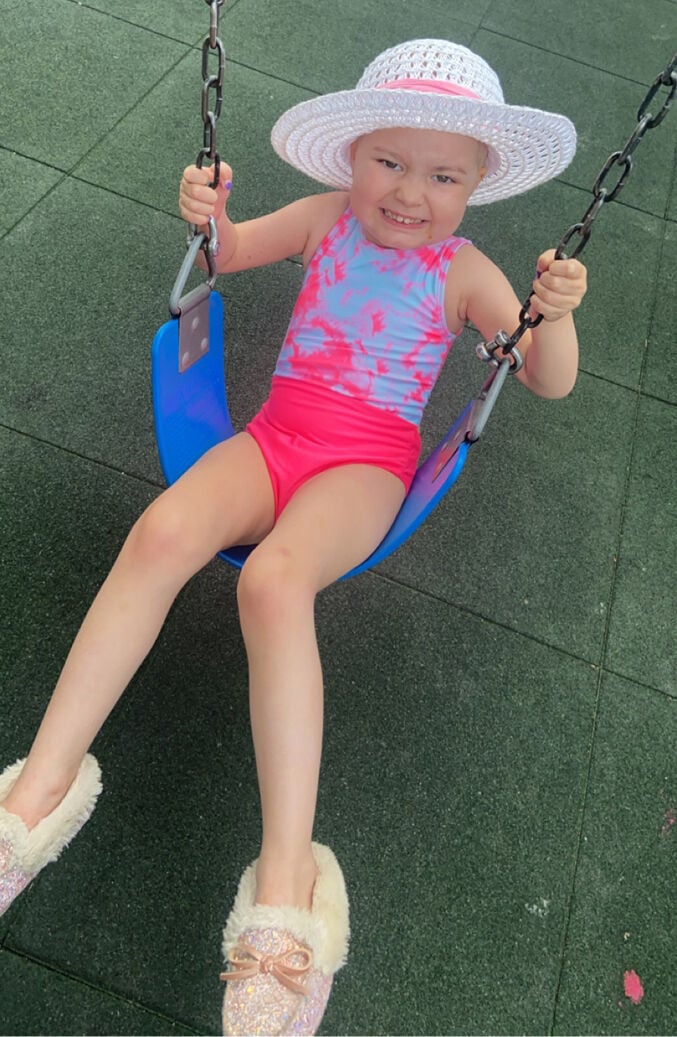 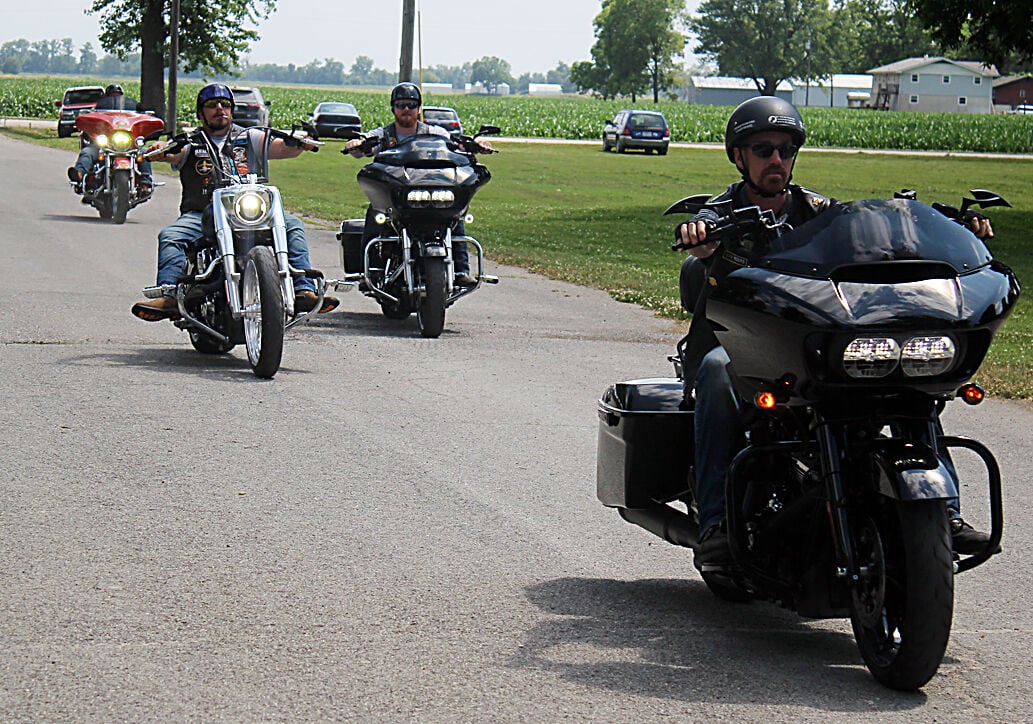 Motorcycles leave to join the poker run at for Izzy Spalding’s fundraiser Veteran’s Memorial Park in Winfield on June 12.  The fundraiser raised $5,700 for the three-year-old and her family.

Motorcycles leave to join the poker run at for Izzy Spalding’s fundraiser Veteran’s Memorial Park in Winfield on June 12.  The fundraiser raised $5,700 for the three-year-old and her family.

Winfield, Mo. - Like most Lincoln County three-year-olds, Isabella Ruby Spalding is precocious, energetic, fun-loving, and enjoys playing with her toys.

However, little Izzy’s world changed on April 9, when she complained of pain in her legs and she wasn’t doing and seeing things as usual.

Her parents, Jim Spalding and Alicia Cumberland, took the child to Cardinal Glennon Children’s Hospital in St. Louis. After 22 days of tests and blood work, Izzy was diagnosed with leukemia - and the couple was devastated.

“(Jim) is a tough guy, but when he told us about his daughter, he just broke down,” said Dan Traw of Teamsters Local 600.

“Our world stood still,” said Cumberland. “(Izzy’s) doctor’s is so great though, and he’s helped us through the process.”

Cumberland said though no child should have to go through this, it’s better that her daughter is going through this at such an early point in her life.

“If it had to be an age, three is the age,” she said. “(Izzy) knows something is wrong, but not until it’s actually happening.”

Alicia Cumberland’s father, Roger, is a trucker. Along with Traw and Richard Hemmer of Teamsters Local 600, they helped put together a poker run on June 12. A car show was added, along with and members of the community contributed food for sale and gifts to raffle off.

“We heard about what was happening, and we had to do something,” Traw said.

Aaron Bowen of Eolia brought in his “Dukes of Hazard” inspired 1969 Dodge Charger to the car show. He said he learned about the fundraiser through a friend at work.

“I’m always in for any good cause, especially if it’s for children,” he said. “Anything’s that’s for a child, I’m all for it.”

When it was all said and done, $5,700 was raised during the event - and Cumberland was thankful for the love and support of friends, family - and even strangers.

“We definitely had a village behind us,” Cumberland said. “I thought it was actually amazing.

A lot of them know my dad, but I don’t know them, so for all these people to come out and support us is absolutely heartwarming.”

Izzy Spalding will be going through chemotherapy and bone marrow treatments for the next few years. But Cumberland said the family will press on, and hopefully that day will come when she rings the bell at the hospital to signify she is cancer-free.

“She is a tough little cookie,” Cumberland said. “She gets tired sometimes, but she’s been pushing through it.”