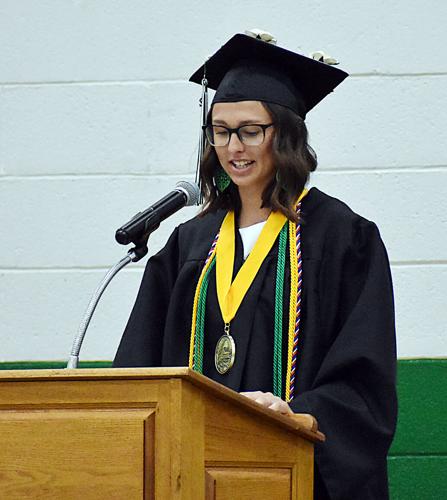 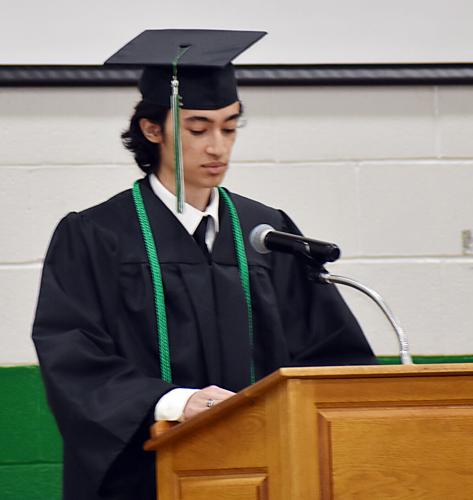 Silex, Mo. - In closing her speech, valedictorian Gwen Gilbert quoted President Thomas Jefferson when he said, “I like the dreams of the future, better than the history of the past.”

The 2022 graduating class of Silex High School has been through more than its fair share of trials and tribulations. As sophomores and juniors, they had to weather the storm of a pandemic – and the uncertainties surrounding it.

Nevertheless, they persevered – and on May 20 – in a completely renovated gymnasium, those students said their final goodbyes to Silex High School.

Salutatorian Michael Fernau reminisced on those moments during his graduation speech.

“Four years is a decent amount of time to decide and shape your education in the ways that benefit you the most,” he said. “Despite all this time to ponder, we are often caught up in life’s trials and tribulations.

“Sometimes we make reckless and regrettable decisions during this four-year period, but that’s to be expected.”

After the diplomas were handed out, the Class of 2022 was officially announced to those in attendance.

What are your July 4 weekend plans?

With the price of gas still high across the country, many people are still planning to travel to visit family and friends, as well as taking much-needed summer vacations over the Independence Day holiday weekend. What are your plans over this weekend?