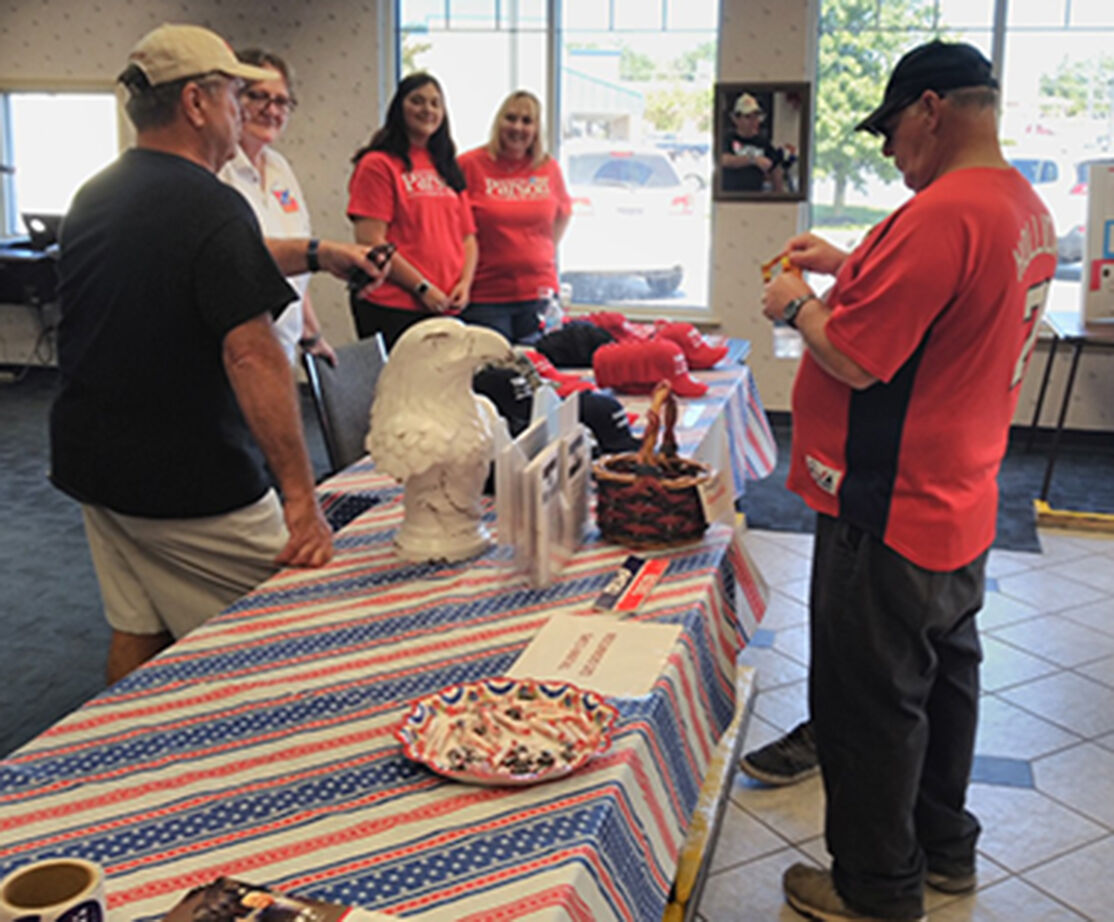 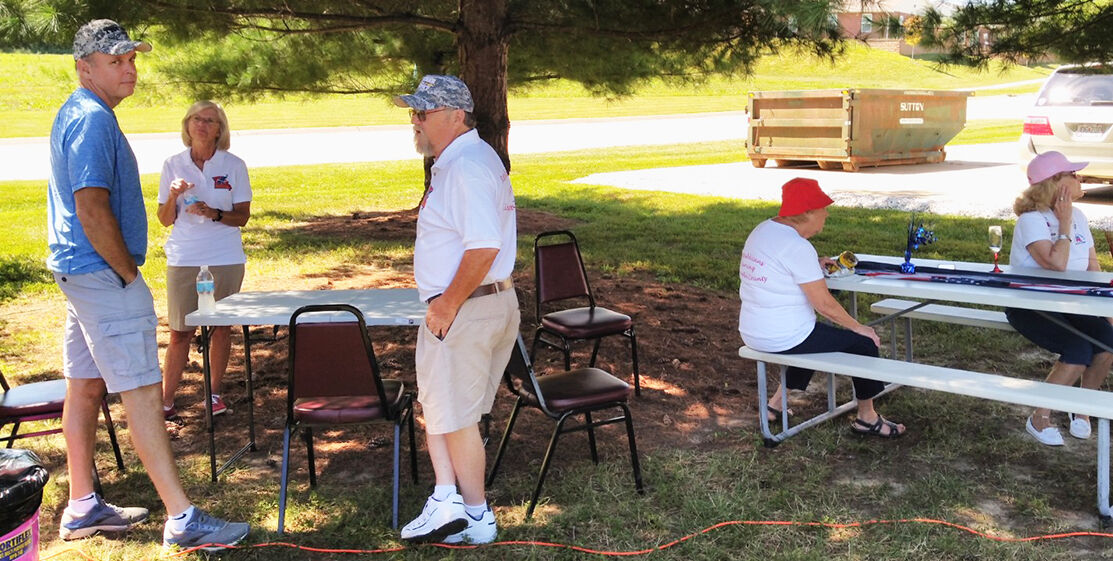 Supporters of the Lincoln County Republican Club enjoy a sunny day outside during the club's open house on Sept. 5. 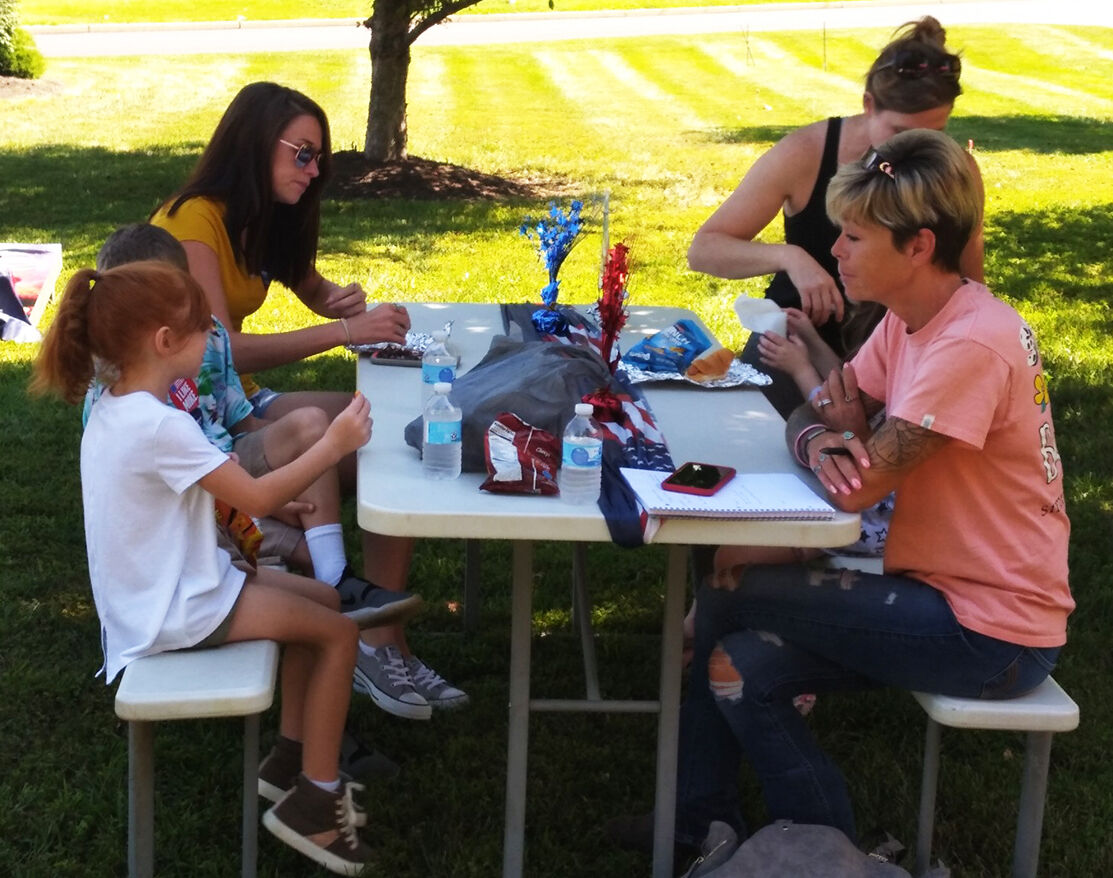 Supporters of the Lincoln County Republican Club enjoy a sunny day outside during the club's open house on Sept. 5.

It was a little “party for the Party.”

After cutting the ribbon on its new Troy location a few days earlier, the Lincoln County Republican welcomed the community on Sept. 5 for an open house at its new location inside the former Old Medicine Shoppe pharmacy on Centerline Drive.

Supporters brought their families to enjoy the festivities, including music, as well as hot dogs and other refreshments inside – and outside – the party’s headquarters. Yard signs for local, state and national GOP candidates, including President Donald Trump, were also available for visitors to take home, and organizers said it was a great way to bring the community together.

“I think (the open house) has been very successful. It’s great to see people come together, and kids have even come to enjoy the festivities,” LCRC President Sue Lister said. “We’re proud to see people come out to see our facility, and we try to offer a variety of things for people.”

“We also want to be a place Republicans can come to.”

Lincoln County Republican Party Central Committee Chairman Gary Grunick said the facility should bring in people who have only been in the county a short time, but want to become an integral part of the community.

“This has been a really good event, and I’ve been really proud of seeing people with their kids,” he said. “The headquarters are a good outlet, because people get to say how they feel about what’s going on.”

Representatives from Gov. Mike Parson’s reelection campaign were also present at the event. One of those representatives, Gabby Picard, said even though Lincoln County is a safely red area, that doesn’t mean the party still doesn’t need to do the hard work necessary to get the voters out to the polls.

“(Gov. Parson’s) campaign team is going to different Republican Clubs across the state to get everyone excited to vote in November,” Picard said. “I think meeting with supporters (in red areas) will get out the vote even more.

“We can’t be complacent. Getting out the vote is important.”

Johnson remembers the 2016 gubernatorial race, which led to the election of Republican Eric Greitens after Democrat Jay Nixon held the seat for eight years. She said it is just as important for Missouri Republicans to hold on to the governor’s office as it is for the party to control the White House.

“(The 2016 governor’s race) was a hard-fought election,” she said. “There was a lot of time spent in getting a Republican in – and we have to get the vote out to get Parson back into office.”

In addition to the turnout, Lister hoped the open house brings people into the party’s headquarters regularly – and see it as a place to socialize.

“We look forward to increasing membership,” she said. “We want to bring speakers in to inform the community.”