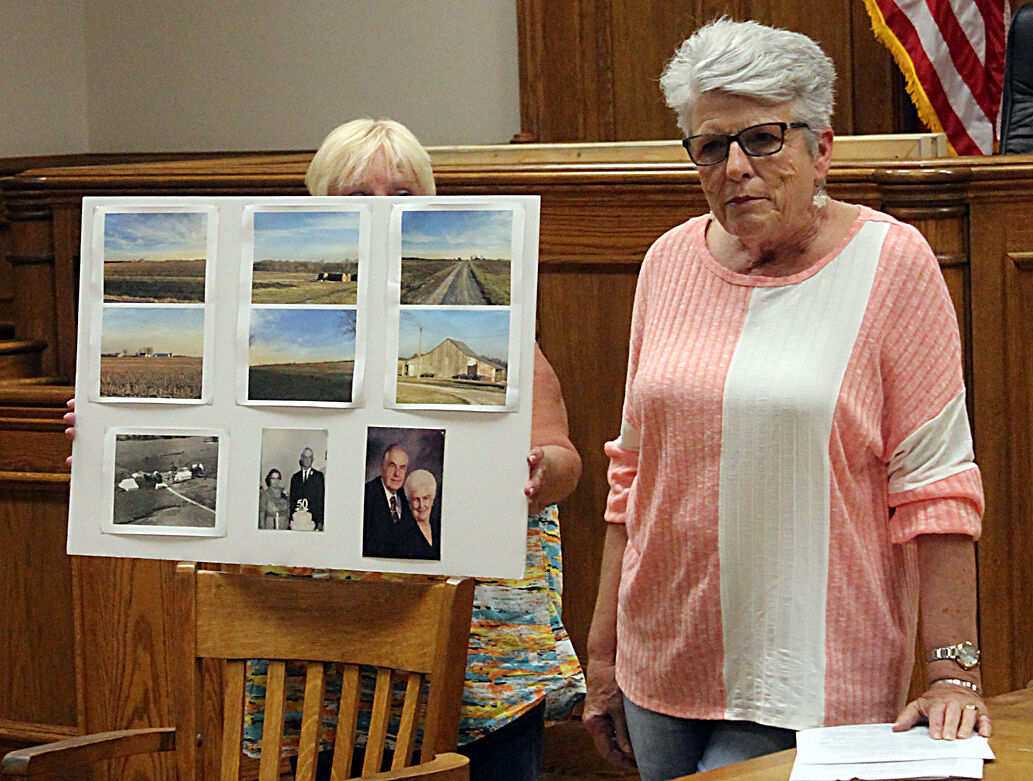 Sharon Shaw Hasekamp talks about Ernest B. Shaw Farm in Hawk Point during a talk on Missouri Century Farms at the old Lincoln County Courthouse in Troy on May 6. 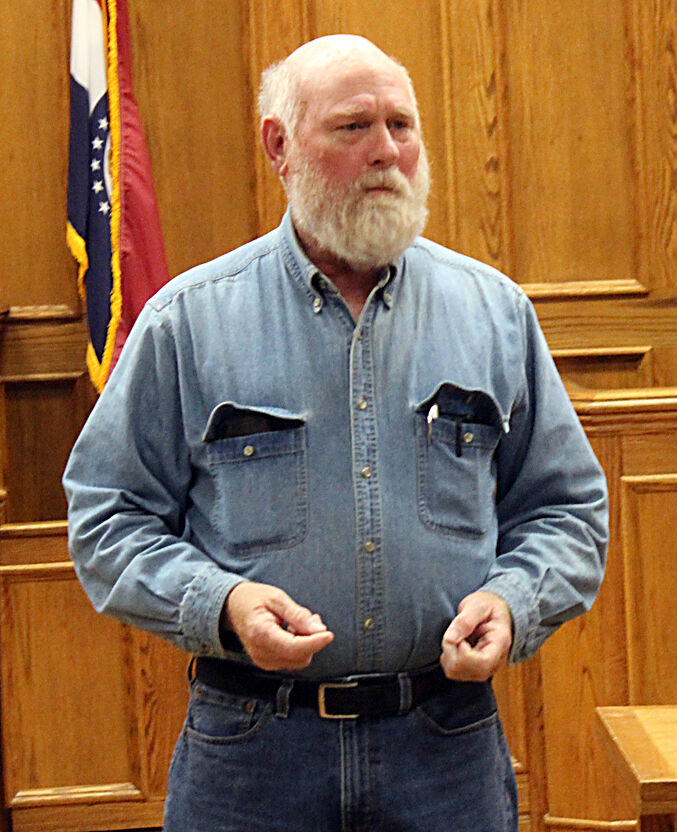 Sharon Shaw Hasekamp talks about Ernest B. Shaw Farm in Hawk Point during a talk on Missouri Century Farms at the old Lincoln County Courthouse in Troy on May 6.

Lincoln County, Mo. - Lovers of Missouri’s history descended upon the old Lincoln County Courthouse in downtown Troy on May 6 to discuss the stories of those who have fed the county – and the nation – for over a century.

The Lincoln County Historical Society hosted a discussion on Missouri Century Farms, featuring four families in the county whose farms hold the distinction.

In 1976, to coincide with America’s bicentennial, the Centennial Farm project was initiated in Missouri, awarding certificates to persons owning farms that had been in the same family for 100 years or more. Ten years later, the University of Missouri Extension and the MU College of Agriculture, Food and Natural Resources created the annual Century Farm program and recognition.

Sharon Shaw Hasekamp, with photos and memories in hand, gave those in attendance a talk on the Ernest B. Shaw Farm in Hawk Point. She said her grandparents were great people who lived on hard work and faith their entire lives, and hopes that will carry on through the generations.

The Shaw Farm was named a Missouri Century Farm in 2019. That same year, Hasekamp’s great-grandchildren shucked corn on the farm, becoming the sixth generation to work on the property.

“We take pride in being a Century Farm,” she said.

Alan Harrell shared humorous stories about his family and Lincoln County, in addition to talking about Century Farms. The Troy native and retired educator shared the story about the application process.

“I filled out the paperwork to become a Century Farm in 1998,” Harrell said. “It was a tedious process, and it was confusing.

“(Lincoln County Recorder of Deeds) Dottie Crenshaw finally told me ‘oh, let me do it.”

Erna Stiner talked about her family farm, the Ernie and Alberta Buenemann Century Farm, which was established in 1882 and recognized as a Missouri Century Farm in 1996. It is bordered by Sand Run Road on the east and Highway U on the south.

“There’s a family legend, and I’m not sure about how true it is, but when my great-grandfather bought the farm, he didn’t have many tools to work with,” Stiner said. “He went to (the local store) and asked if he could get some supplies on credit, and they told him ‘no.’

“A few years later, he went to the same store, and offered to buy the store.”

Sally Norton was also at the discussion to talk about the Norton Farm in Millwood, which her family purchased in 1914. It became a Missouri Century Farm in 2018.

In order to become a Missouri Century Farm, the same family must have owned the farm for 100 consecutive years or more as of Dec. 31, the line of ownership from the original settler or buyer may be through children, grandchildren, siblings and nephews and nieces, including through marriage or adoption – and the present farm shall consist of no less than 40 acres of the original land and shall make a financial contribution to the overall farm income.

The deadline to apply is June 1, and can be done online at https://extension.missouri.edu/store/century-farms-new-application, as well as calling the MU Extension in Troy for more information.

“If anyone you know in the county that might qualify for the program, please give us a call,” said Rhonda Shafer, County Engagement Specialist for the MU Extension in Lincoln County. “We don’t know how many Century Farms there could be, because they haven’t applied yet.”

While walking through the property of his Century Farm, Harrell found an old horseshoe that he brought to the meeting.