“Last year, Sheriff (John) Cottle built the Inmate Training Center, which is utilized by both inmates and disenfranchised citizens in Lincoln County to better their occupational skill set to land a great paying job,” said Lieutenant Andy Binder, public information officer. “Sheriff Cottle, employees and volunteer inmates started the second stage of construction on the Inmate Manufacturing Building. Inmates will take the skills they learned in the Inmate Training Center and apply to hands on construction of tiny homes.

“Look around Lincoln County. We are growing and in need of a qualified and trained workforce,” Binder said.

Binder also said the program has helped reduce the recidivism rate for inmates at the jail. 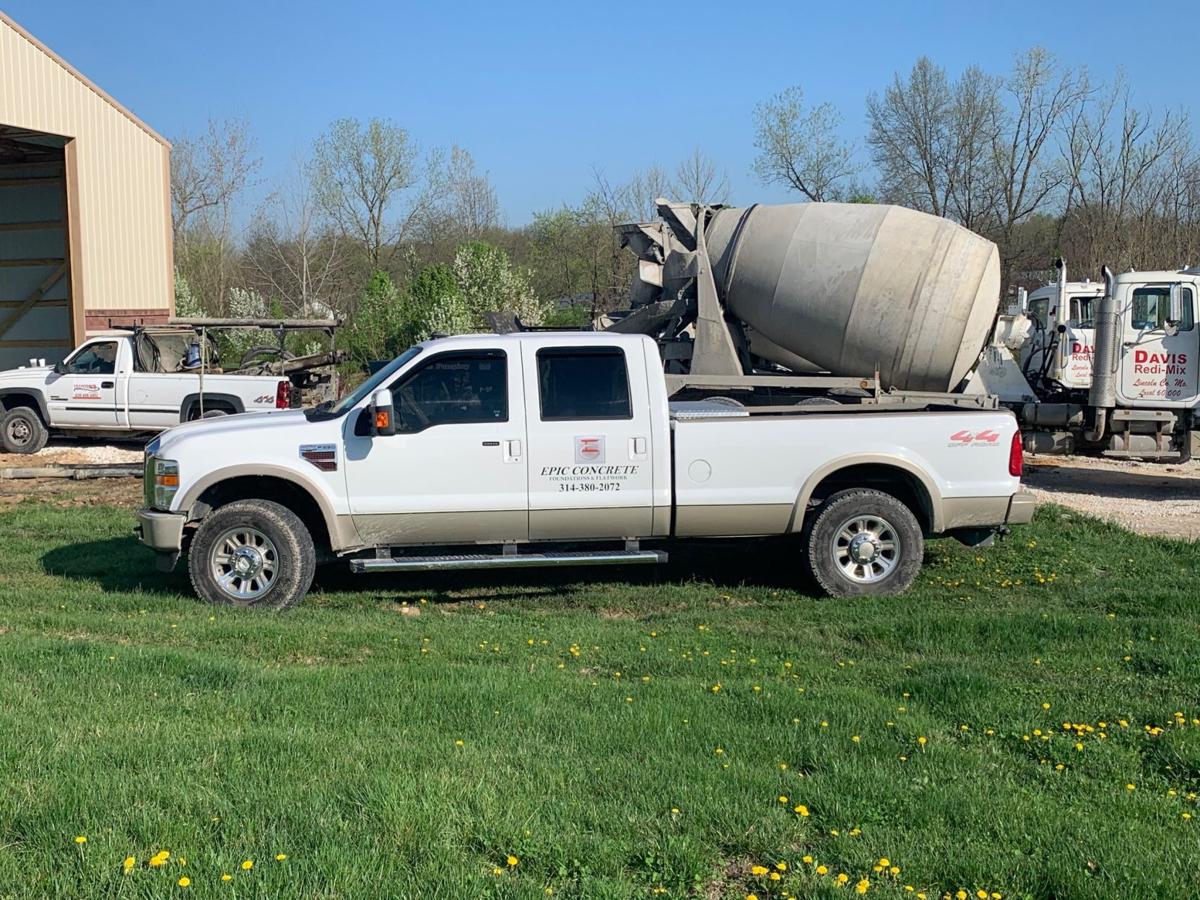 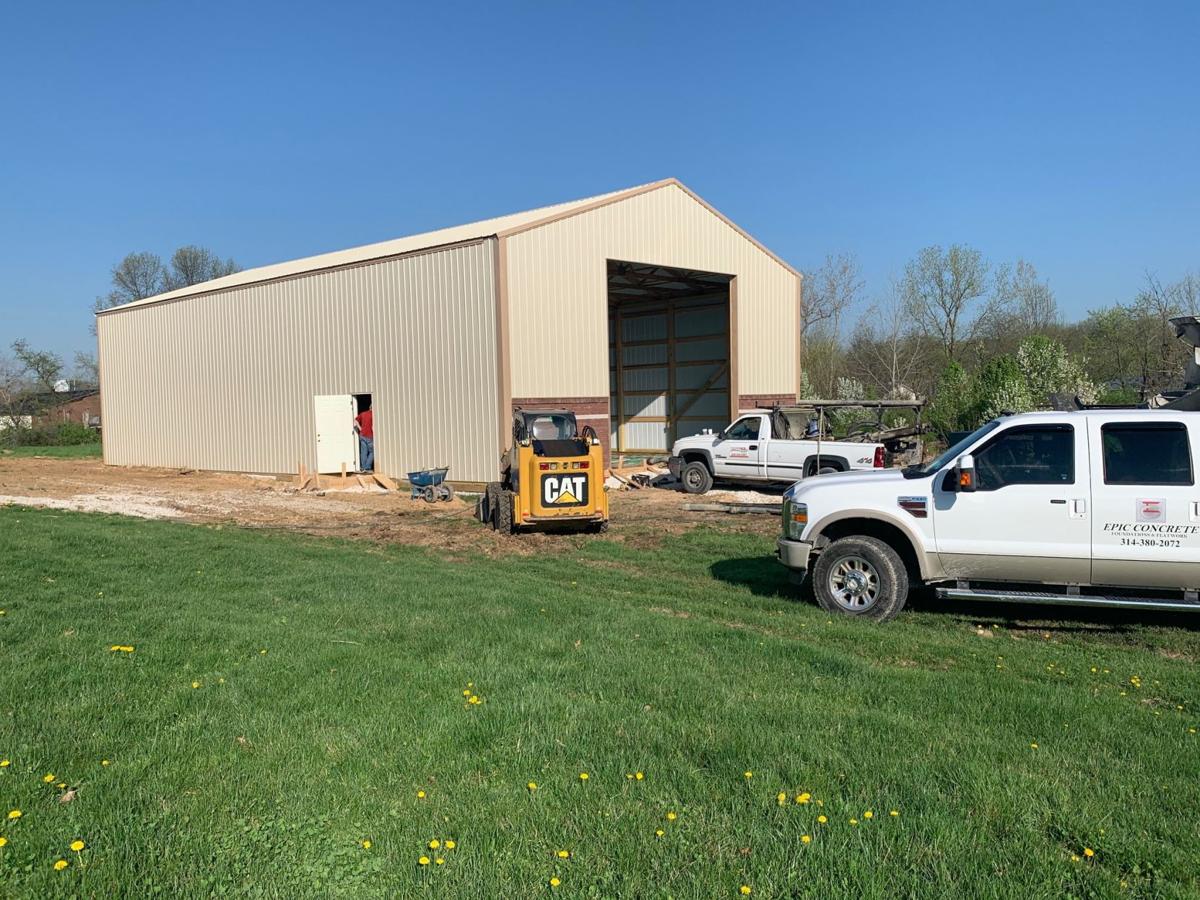 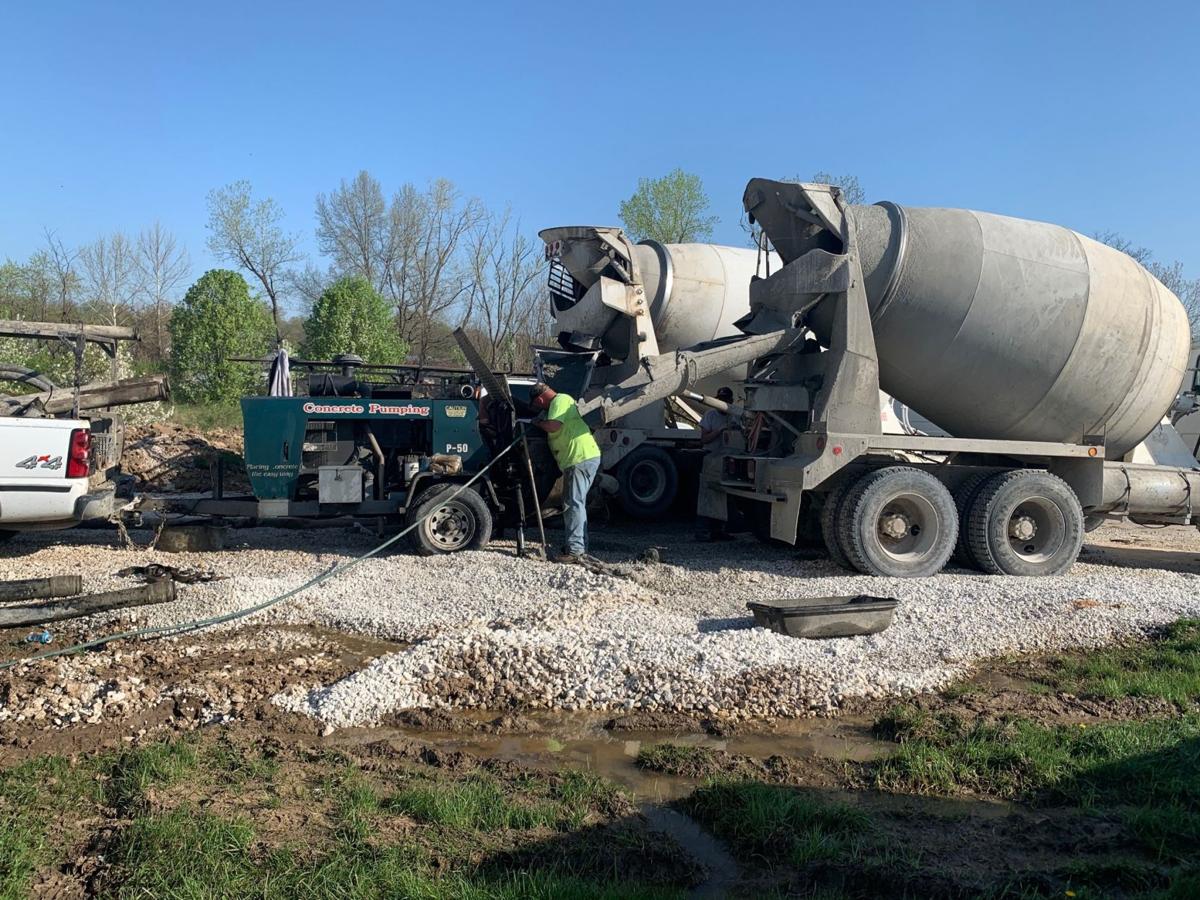 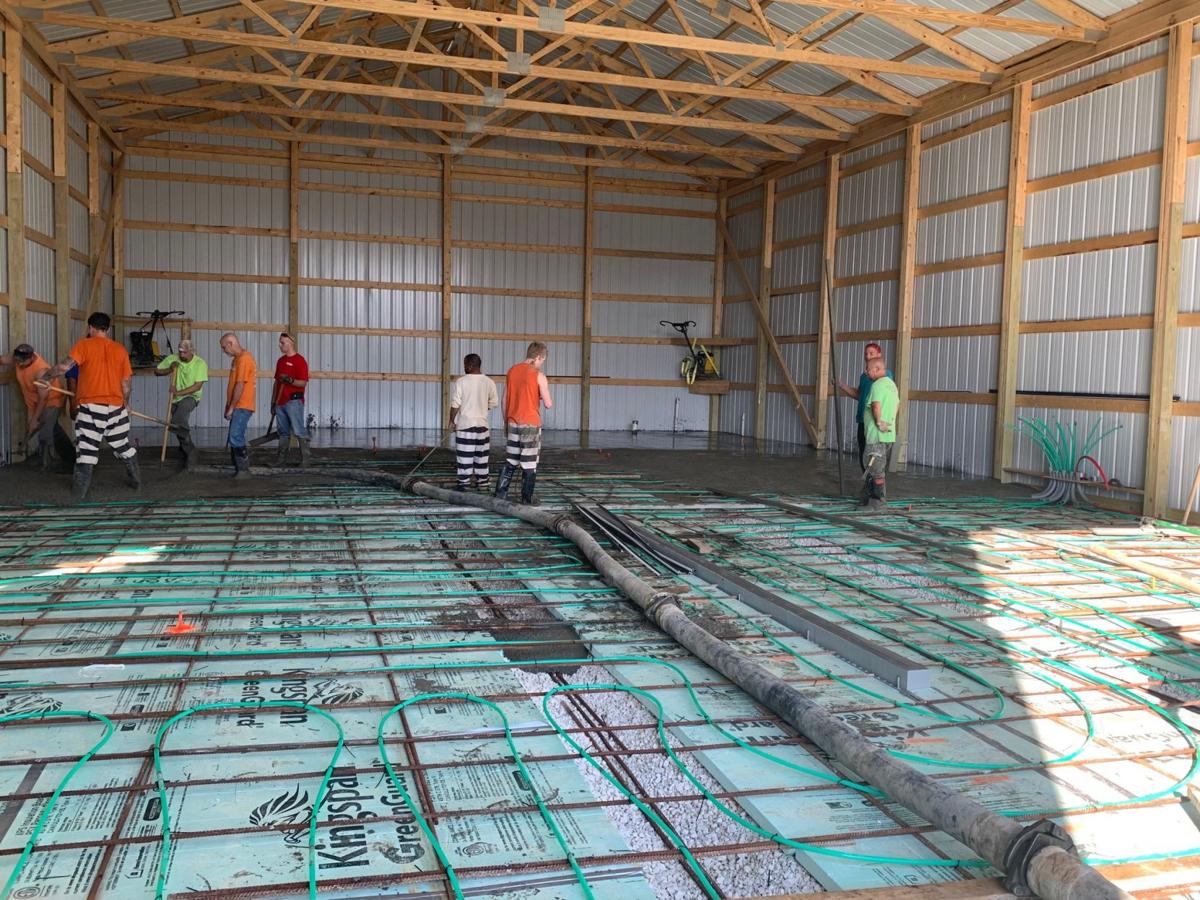 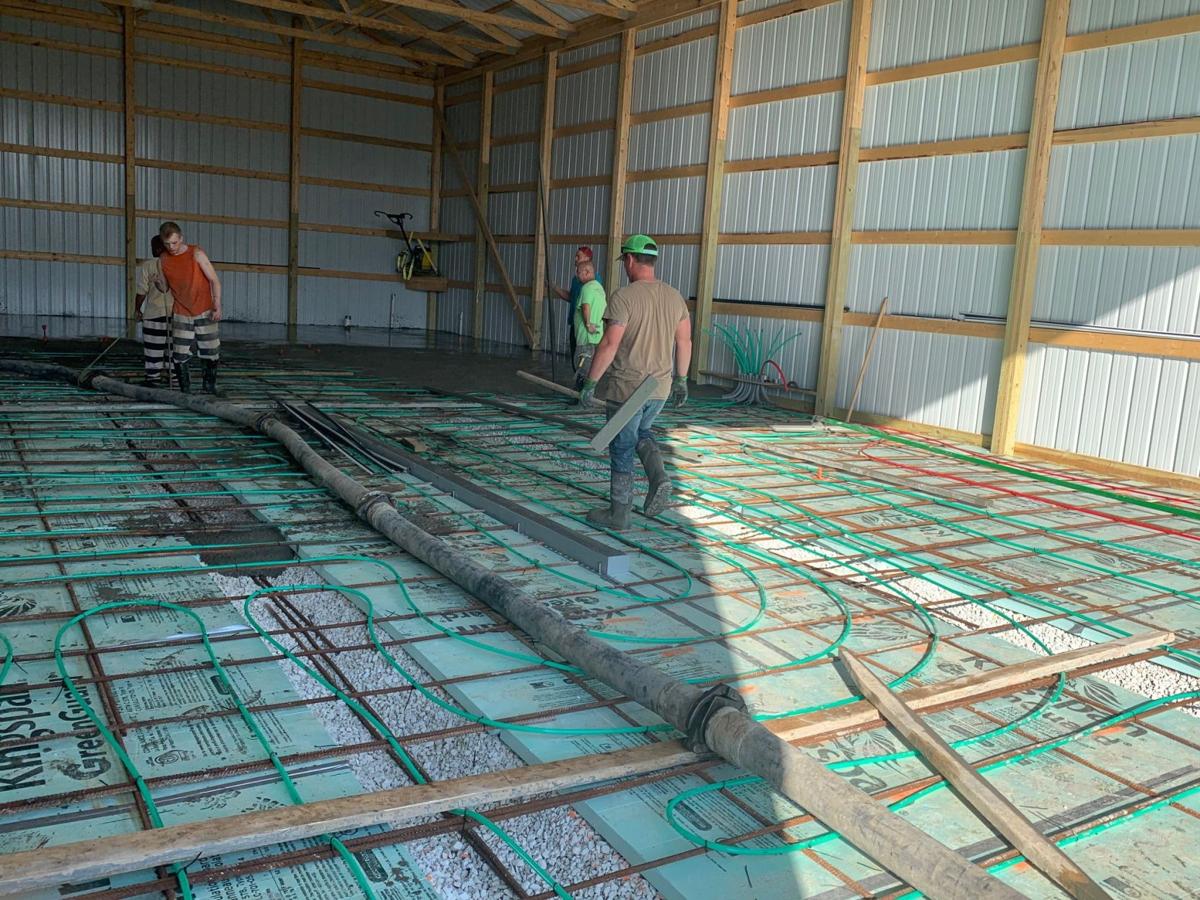 “(Cottle) has had a long standing vision of reducing recidivism in Lincoln County,” he said. “For many, recidivism is nothing more than lip service use by law enforcement to attempt to justify their policies and/or procedures and offers very little to a long-term strategy to reduce the number of inmates coming through the criminal justice system.

“Inmates with a future are far better off than inmates with none. Sheriff Cottle is showing the people of Lincoln County that (reversing) recidivism can be achieved, and is showing how a local work program can change the lives of families impacted with an incarcerated person.

Inmates have to request training, or to work, and sign a volunteer form to be accepted into the workforce program. This training is open to all local and federal inmates. Federal inmates and/or inmates who transfer to prison can finish the training at their respective location. Lincoln County’s workforce training mirrors similar federal and state prisons.

Binder said when inmates volunteer for the workforce, they are enrolled in Telify (Missouri Jobs), MoJobs.gov and Connections for Success.

Connections for Success works and trains inmates in construction skills they will use in the Inmate Manufacturing Building. The program also includes curriculum to improve life skills, including balancing a budget, writing a resume and how to tackle personal programs in a more positive and meaningful way, according to Binder.

Once an inmate completes the program,  he earns his apprenticeship through the United States Department of Labor. If an inmate is released prior to completing the program he can still complete it on the civilian side of the training building.

Despite the fact the program is voluntary, or its success, critics might still consider the workforce labor program “cheap labor” or “modern-day slavery.” Binder would say it is giving Lincoln County’s inmates a chance at a better life once they’re released.

“We say, when citizens see (the inmates) working on beautification projects, working on buildings, doing non-for-profit projects, enhancing Lincoln County parks and cemeteries, stop and ask them if they consider themselves ‘modern-day slavery,’ which is a ridiculous statement to make,” Binder said. “ Ask the inmates if they feel like ‘cheap labor.’ Ask them.

“Inmates are giving back to their community in more ways than any of the naysayers. Doing something positive for once in their lives should be championed, not put down. We ignore the noise and keep moving forward because this is not about Sheriff John Cottle, it’s about changing broken lives and impacting Lincoln County in a positive way to enhance the quality of life for all the people.”

The ultimate goal of the program is to create the type of change the citizens of Lincoln County can see and believe.

“We want citizens to say, ‘that guy was nothing but trouble, but now he has completely changed his life and moving in a positive direction.’ Who does not like a success story?” Binder said. “Our goal is to ensure all people in Lincoln County can benefit from the programs Sheriff John Cottle has implemented. “That has been the direction of the Sheriff’s Office under Sheriff John Cottle’s leadership. It’s taken a few years to get here but we are moving in the right direction for both inmates and for disenfranchised citizens in Lincoln County.”