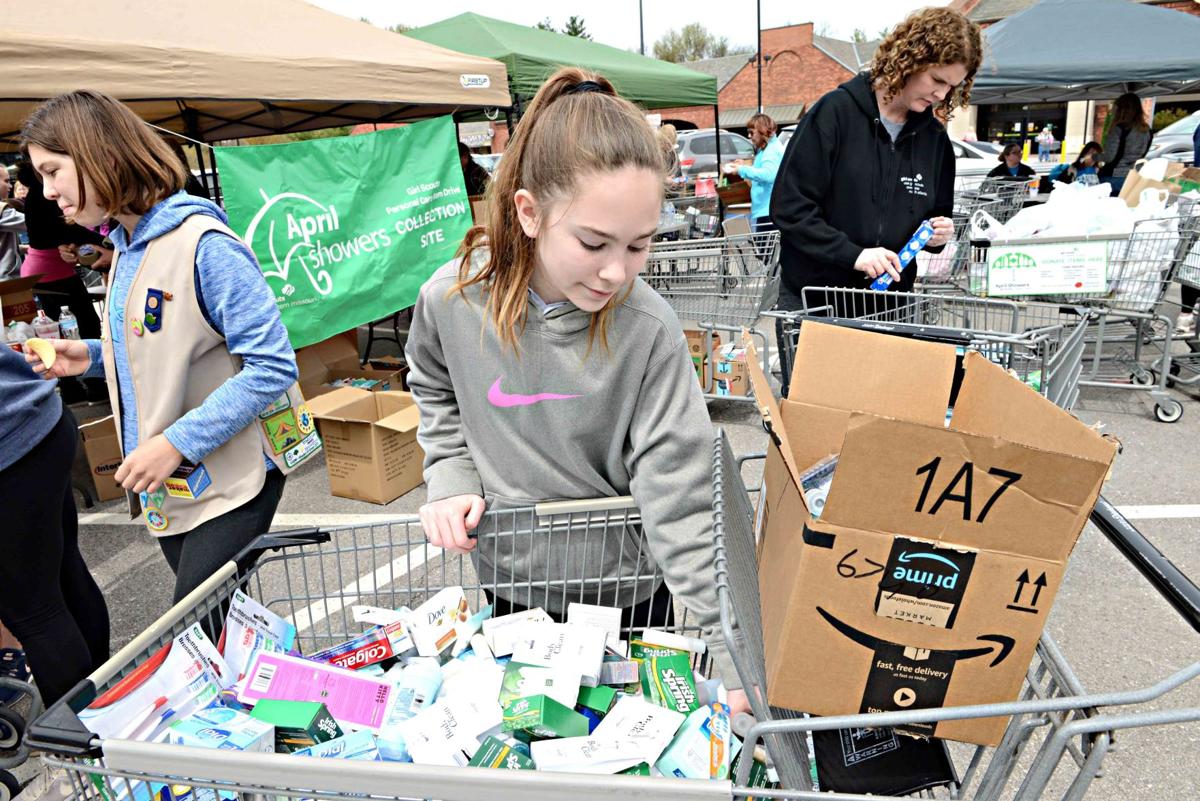 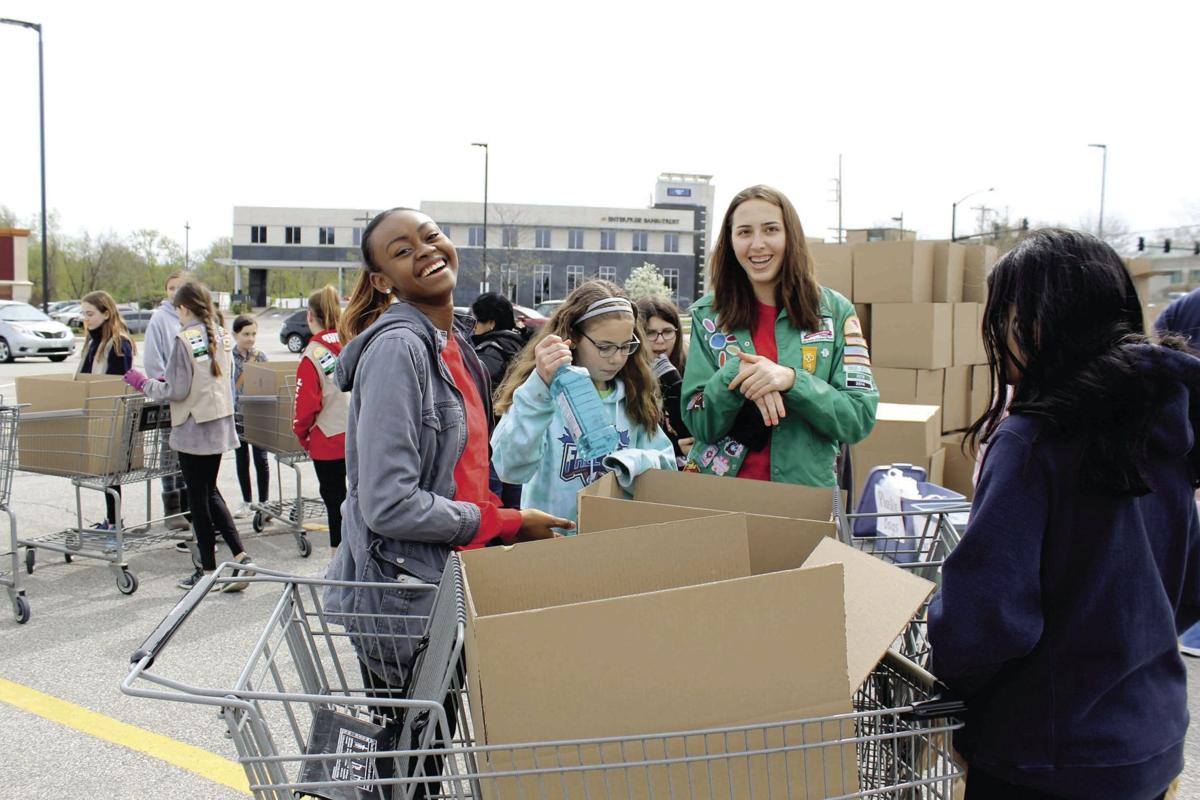 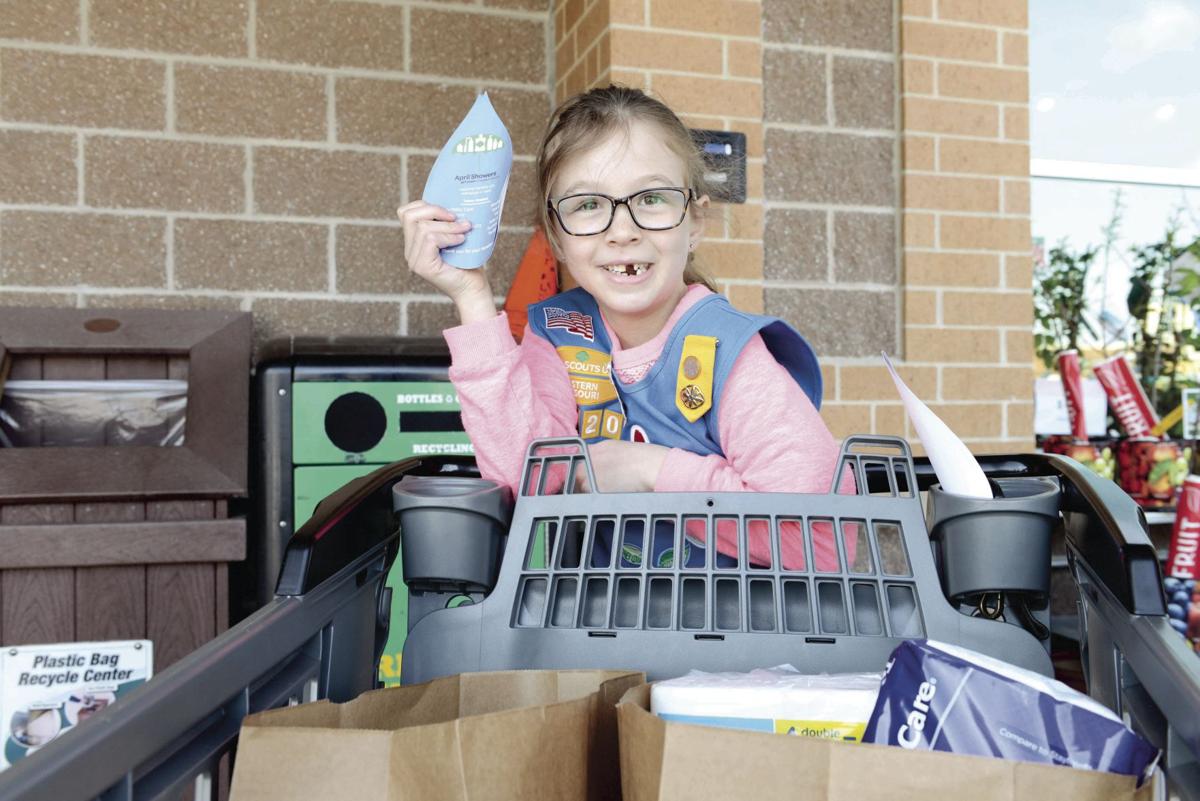 Girl Scouts of Eastern Missouri recently announced that over 1.5 million personal care items were collected this past spring by Girl Scouts, their families, friends and generous community supporters during the organization’s annual drive, April Showers.

For more than a century, Girl Scouts in eastern Missouri have been giving back in big and small ways. Whether they are taking action and earning one of the organization’s highest community service awards, the Girl Scout Bronze, Silver and Gold Award or participating in the largest Council-wide collection drive, April Showers, Girl Scouts generate permanent and positive changes in the community. First implemented in 1998, April Showers is a coordinated effort executed in partnership with Operation Food Search to collect personal care items.

After collection, which takes place during two weekends, the donated items such as soap, diapers, shampoo, toothpaste and first aid kits, are then distributed regionally to individuals and families in need. Many of the April Showers recipients are eligible for Supplemental Nutrition Assistance Program (SNAP) benefits, which do not apply to the purchase of personal care items. Consequently, hundreds of thousands of households count on April Showers donations to their local shelters and food pantries for these essentials.

“On behalf of the Girl Scout Council staff and the Board of Directors, we want to recognize the remarkable work of those community members involved in April Showers,” said Bonnie Barczykowski, CEO of Girl Scouts of Eastern Missouri. “Whether you manned one of the distribution trucks, worked alongside a Girl Scout or donated an item or two while checking out at a store, thank you. We want to also thank our eastern Missouri Girl Scouts who continuously strive to not only change the world but change it for the better.”

The annual collection drive kicked off with Showering the Community, an event where community supporters were invited to donate items at select Walmarts, Schnucks and other selection locations across eastern Missouri. During this first weekend G.I.R.L.s (Go-getters, Innovators, Risk-takers, Leaders)TM also went door-to-door distributing recyclable plastic bags returning a week later to pick up filled ones. Operation Food Search and more than 100 other local nonprofits then disseminated the collected items to individuals, families, shelters and food pantries.

“We are honored to play a role in empowering eastern Missouri Girl Scouts to do this important work, which in turn empowers families in our community” said Kristen Wild, Executive Director of Operation Food Search.

To learn more about the power of being an eastern Missouri G.I.R.L., visit girlscoutsem.org.