Attendants of the Grassroots Rally listen as Wes Shoemyer speaks. 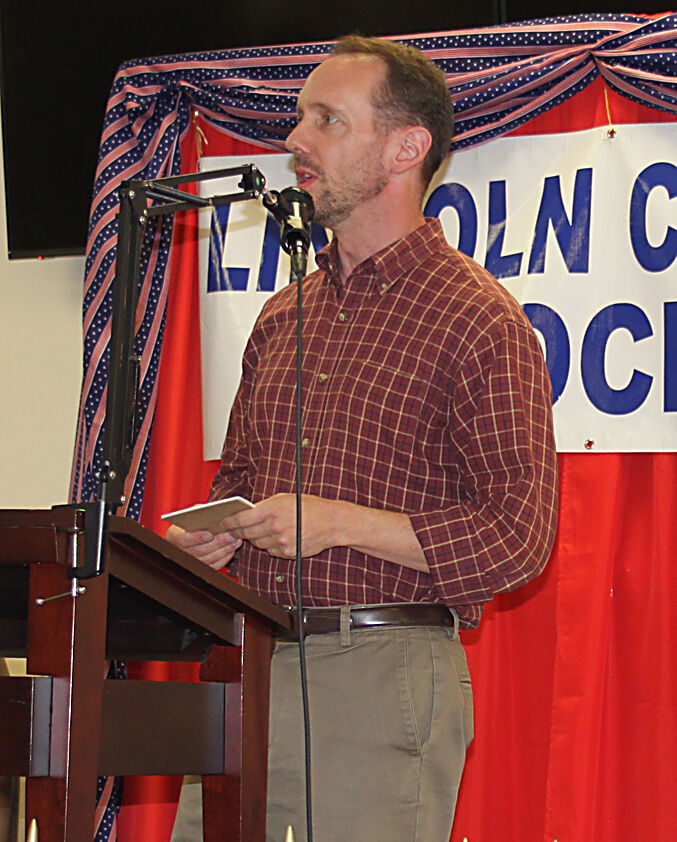 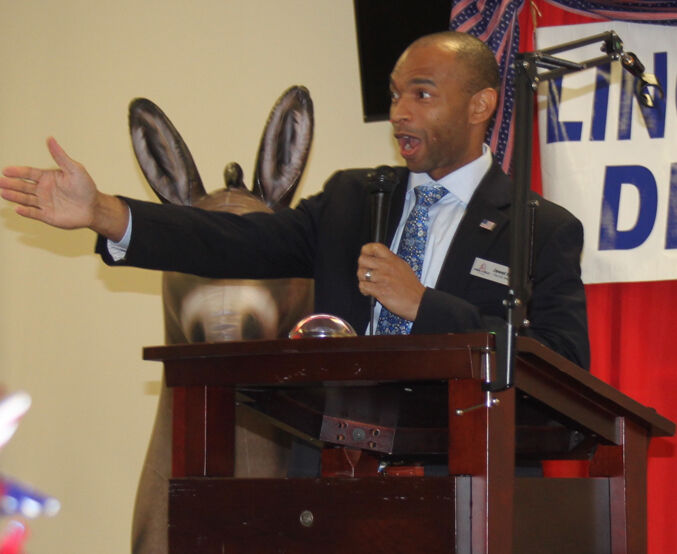 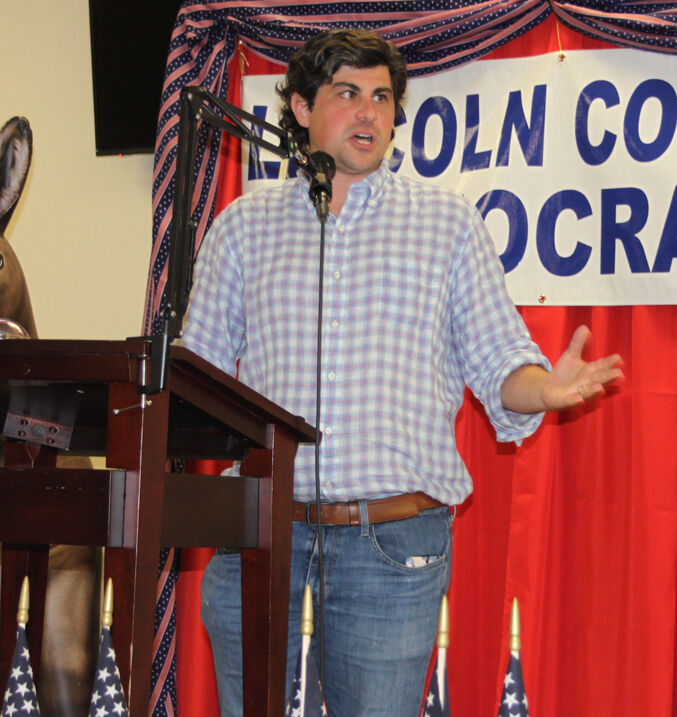 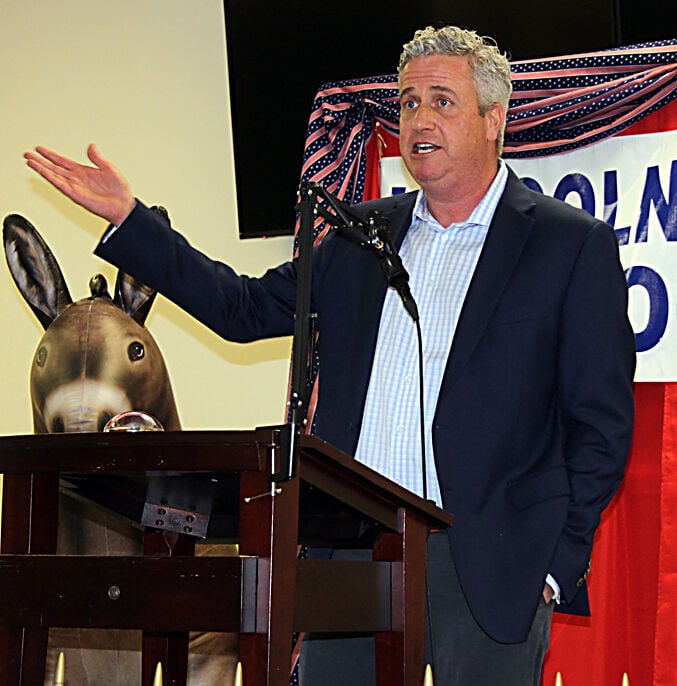 Attendants of the Grassroots Rally listen as Wes Shoemyer speaks.

Lincoln County, Mo. - The Lincoln County Democratic Club hosted its Grassroots Rally on Sept. 25. The event was led by the Grassroots Chairperson, Dottie Crenshaw, and had several speakers, including Senate candidates, a dinner catered by Monty’s BBQ, a pie auction and a grassroots award.

The evening started with an introduction and speech by Michael Butler, the Chairman of the Missouri Democrat Party. During his speech, Butler emphasized the importance of volunteers working together to bring Missouri’s democrats together.

“Door by door, call by call, that’s how we win our state back,” Butler stated.

Butler also mentioned that the Missouri Democrat Party will be shifting its focus to a more localized level in the coming years with an expansion of regional offices across the state.

Wes Shoemyer, a farmer, former Senator of Mo.’s 18th District and former Congressman of Mo’s 9th District, was also in attendance and spoke briefly to the Grassroots attendants.

“We’re going to have to work harder than ever before. We have to stick together, to make this world a better place, to make our country a better place,” Shoemyer explained.

Shoemyer’s speech was followed by an invocation and song from Ayanna Shivers, who was the first Black woman to be mayor of Mexico, Mo. Monty’s BBQ then served a BBQ dinner before the keynote speaker’s address.

Michael Kelley, the founder of the Kelley Group, spoke at the event. Kelley has a background in politics and is a host on KMOX Radio in the Midwest and on St. Louis’ Fox 2, “Hancock and Kelley”.

“The reason I came out here this evening,” Kelley explained, “is because I’m your neighbor”.

Kelley explained that while Lincoln County is a changing county, its core values have not changed.

“It’s important to go out and talk to your neighbors about these issues. It’s time we talk about our values,” Kelley stated.

Three Senate candidates were also in attendance at the rally. They were allotted 90 seconds to introduce themselves and speak about the upcoming election. Scott Sifton, Jewel Kelly and Spencer Toder took turns presenting why they were running and what issues they would be focusing on if elected.

Sifton, a former Senator from Kansas City, is looking to support the working Missouri family.

“Missouri needs a senator who promotes truth, not conspiracy theories; and equality, not hate; a senator who trusts science instead of denying it; and goes to work every day to help your future, not just his own. That’s why I’m running,” Sifton stated in his campaign video on Twitter.

Kelly is an Air Force veteran and moderate Democrat. His top priorities are reducing the costs for healthcare, stimulating the economy, lowering the cost of education, protecting the environment and ensuring equal protection under the law.

Toder, who lives in St. Louis, wants to fix the government system and rebuild the trust lost between the two parties.

“We’re not going to build trust without getting to know each other. We need to find a way to see each other,” Toder stated.

“I will be here doing this. It’s time we get together. People are tired, people are hurting,” Toder said.