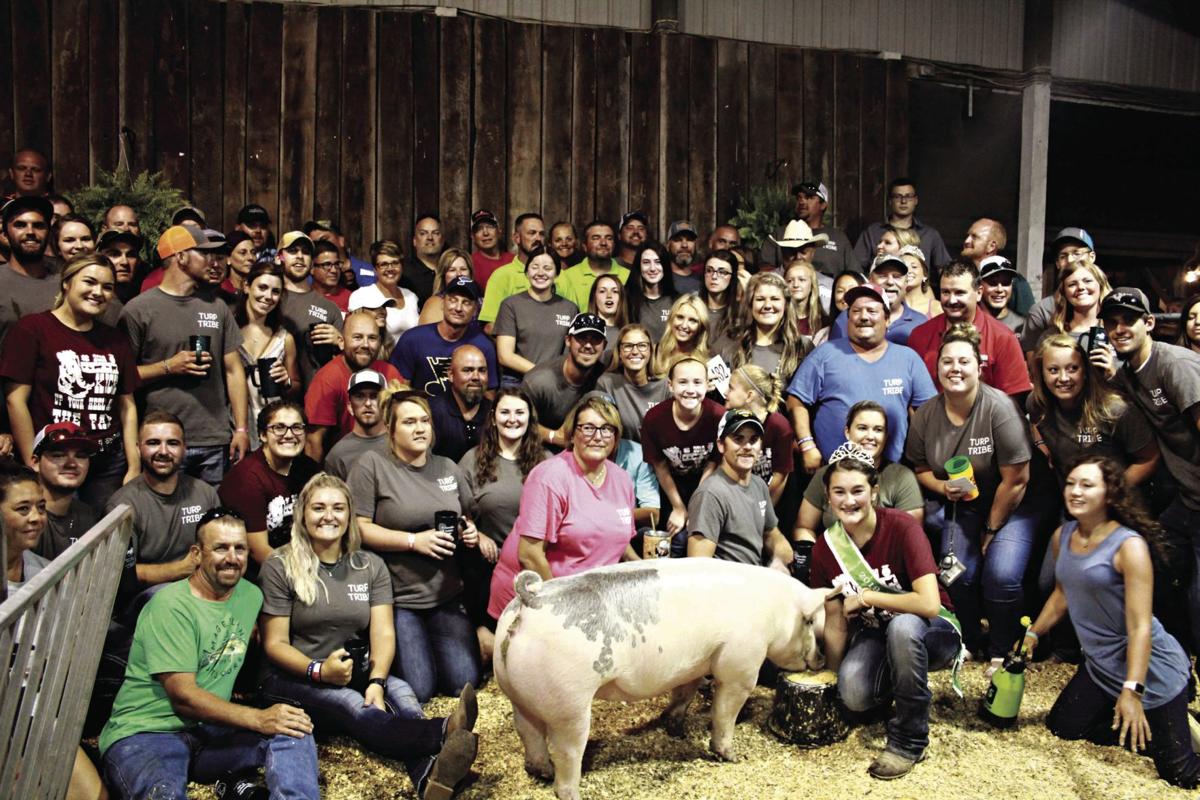 Madilynn Turpin, kneeling with hog and green sash; Tammy Turpin, pink shirt kneeling in front  and Steve Turpin, blue shirt standing behind Madilynn, surrounded by friends and families in the community that bid on Madilynn’s hog in memory of Tayler Turpin. Over $10,000 was raised, which will eventually go to Madilynn’s schooling. Photo by Nick Skoda 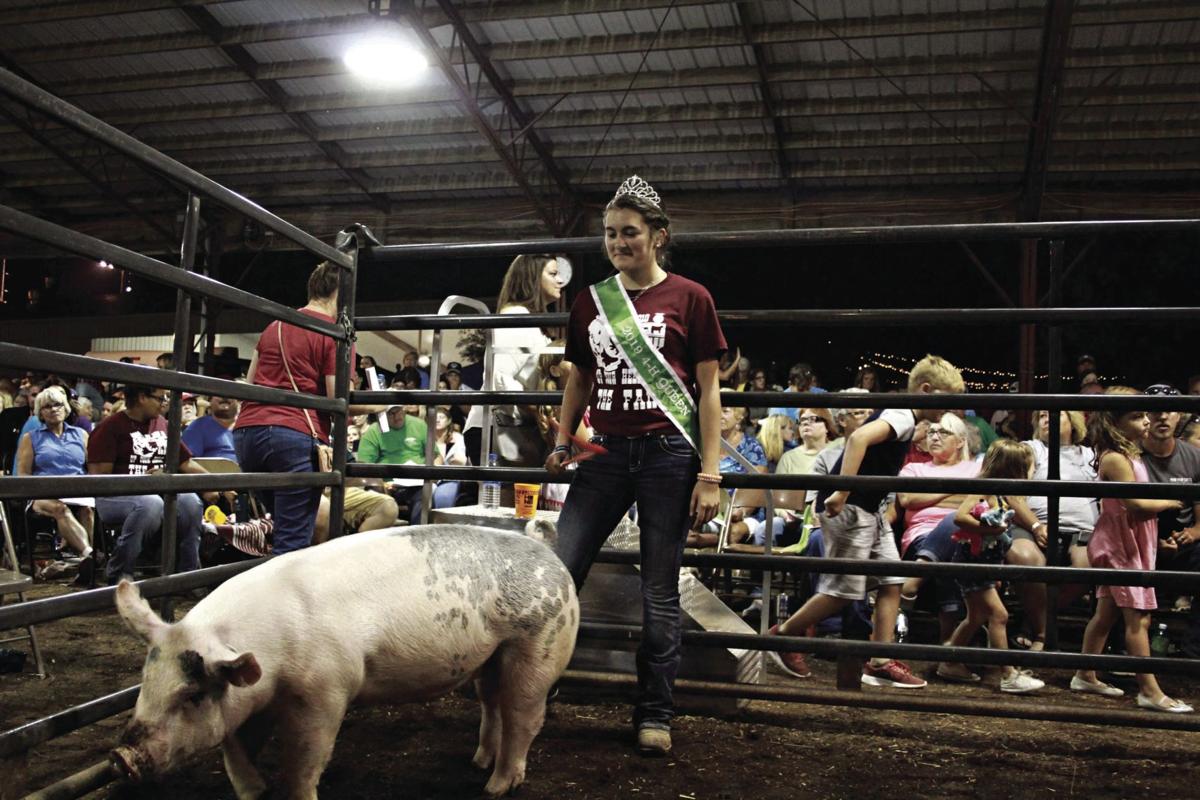 Madilynn Turpin guides her hog around the rink as people cheer and bid. Photo by Nick Skoda 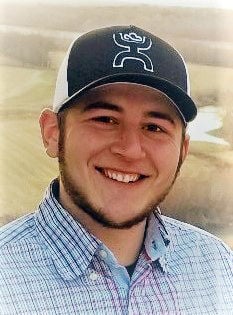 Thursday night at the Lincoln County Fair, the showing arena was packed for auction night – even overflowing – with buyers and spectators moving in and out of seats and bleachers, coming and going, bidding, talking, laughing and watching.

There were some fine animals being auctioned off, some even headed to the state fair, but the real buzz surrounding the auction was about the Turpin family.

One giveaway was how the packed arena was speckled with “Turp Tribe” t-shirts.

Tayler Turpin passed away in an accident on May 28 of this year. His family is active in the fair and Madilynn Turpin, Tayler’s sister, was set to auction off a hog on Thursday night. When it was her turn, the crowd rose to their feet and applauded. Then the announcer started rattling off prices.

He started at $5 a pound, which quickly became $6 then $7. That is about where the bidding stopped for most other hogs in the auction. But not for Madilynn Turpin’s hog.

As the bidders’ arms kept popping up out of the crowd, Madilynn guided her hog around the enclosed showing rink, wearing her 4-H Queen sash and crown and an ear-to-ear smile, and she fought to hold back tears as the crowd surged, cheering and clapping, spurring her on.

The bids kept coming as the price per pound continued to rise, where it eventually ended at a whopping $40 per pound.

There were upwards of 70 people that were in on the purchase, making it pretty difficult to even fit everyone involved in the post-purchase group photo.

Tammy Turpin, Tayler and Madilynn’s mother, said that that moment was a lot of things, but definitely emotional.

“Everyone that went in on it has been very supportive of and to our family,” Tammy said. “For them to pull together to support Madilynn has been huge to us. Not only did she lose a brother, she gained a lot of brothers.”

Tammy said that she and her family had no idea that there was going to be that level of support.

“Tayler used to do that for her. He used to get his friends together to buy her hog and for them to still continue that tradition for her was huge. It was like he was still there,” Tammy said.

Madilynn, who is 14, wants to be a veterinarian and Tammy said that the money would eventually go to her schooling.

“It’s what she’s always wanted to do, and I think that Tayler would want her to do that and for the money to go towards that,” Tammy said.

Tammy said that friends of Tayler and the community have done an amazing job of showing support to the Turpin family in the months since Tayler’s passing.

“They’ve really stepped up to the plate and not only reached out to me and Steve, but to Madilynn,” Tammy said. “They’ve asked her if she’s ok or if she needed help with her pig. They offered to take her hunting, like her and her brother did, because that was huge for them. That was her and her brother’s thing: hunting. That just meant a lot to us, all those kids pulling together to support Madilynn.”