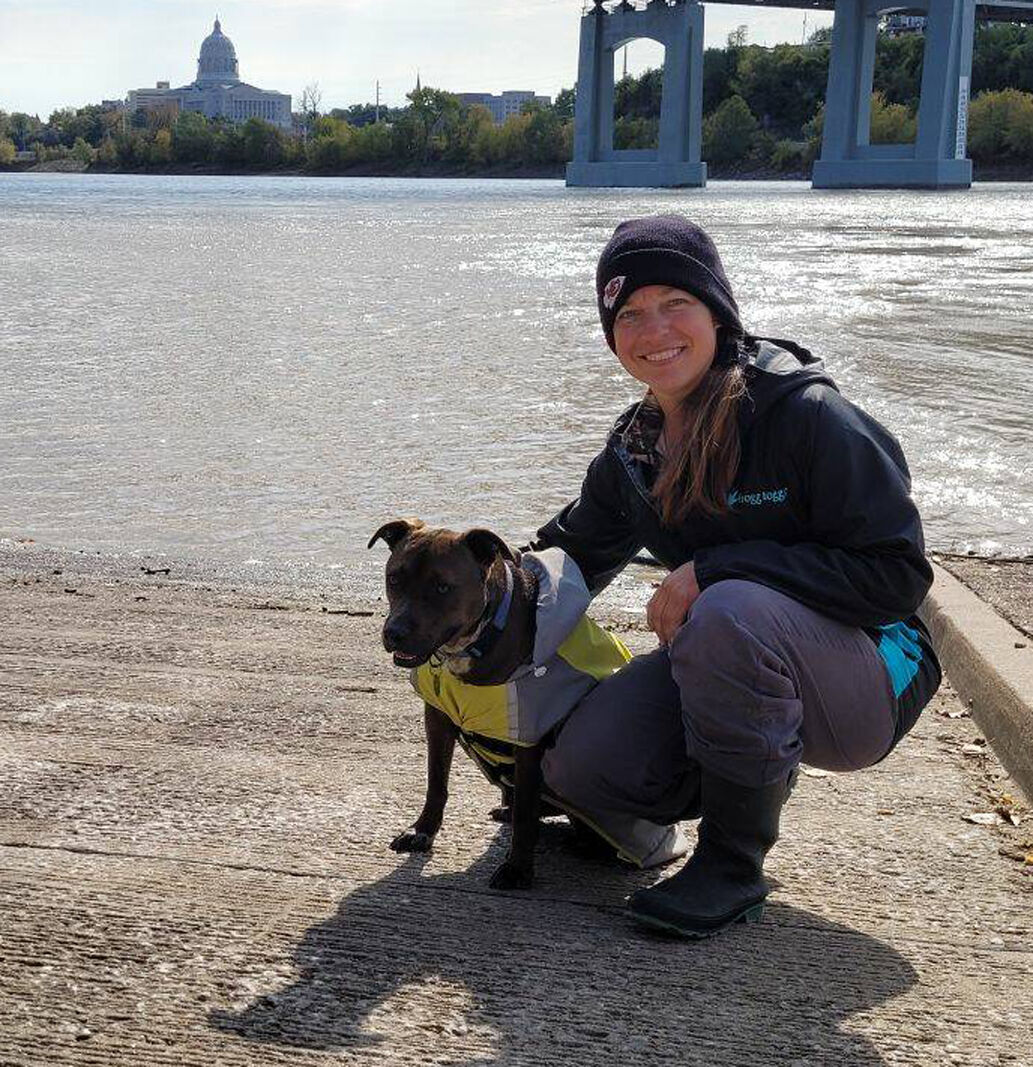 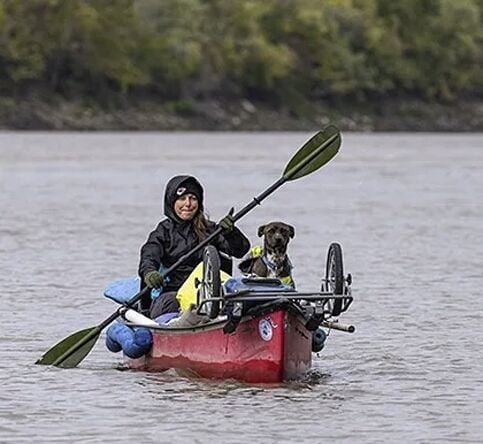 Lincoln County, Mo. - When most people think about canoeing, they probably picture them being outside, close to nature, gently paddling in a calm, serene river with fresh air surrounding them.

Amanda Hoenes had another idea about canoeing.

In fact, she decided that she wanted to inspire others to live fearlessly and authentically by transforming a seventeen-foot Coleman fiberglass canoe into a remarkable 3800 mile journey of faith and perseverance. It took eight months of meticulous planning and finally on July 12, it was launch day and it was exciting.

Starting at the Missouri Headwaters State Park, in Three Forks, MT, Hoenes is canoeing all the way to the Gulf of Mexico with her rescue dog Hank. She relies on three main ways of travel in her canoe. She paddles sitting down, paddles standing up with a longer paddle and her father built a sail which was built to catch much needed tailwinds to give her body a little bit of a break.

The canoe also holds up to 400 pounds of gear at a time.  At the end of each day, Hoenes either camps right on the river’s edge, or there are River Angels from places such as The Missouri River Paddlers who will sometimes pick her up to give her a hot shower, a meal and even a place to do her laundry.

At 19 years old, Hoenes joined the Marines and served three tours in Iraq.

After being back in the work force, she was laid off in 2020. She decided “if not now, when!?” So, she bought an RV and explored more than 70 cities.

“There are so many unique and beautiful places in America,” said Hiebes.

This journey helped her take another step forward to the decision of a more challenging journey. The one she is on now. In fact, just this past weekend, she paddled through the St. Charles area, in her home state of Missouri.

Hoenes is paddling not only to benefit herself, but to raise awareness and money for causes she cares about such as Reel Warriors  whose mission is to help veterans who are returning from deployment or transitioning to civilian life. Their goal is to provide a network of support and the opportunity for a brief break through offshore fishing trips with other veterans.

The other organization is Team Rubicon whose mission is providing relief to those affected by disaster, no matter when or where they strike. They pair the skills and experiences of military veterans with first responders, medical professionals, and technology solutions.

If you would like to follow along on Hoenes’s blog, you can visit her page by going to https://hoenesal.wixsite.com/ariveradventure.