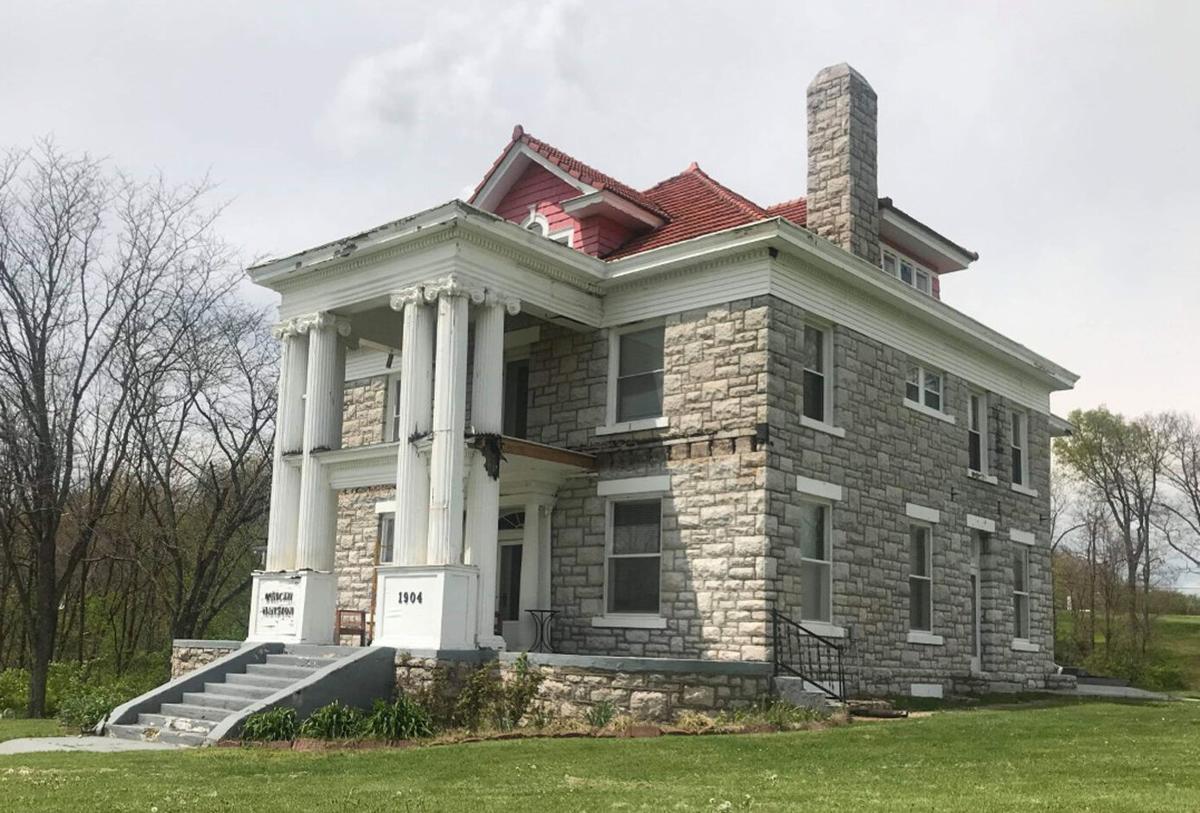 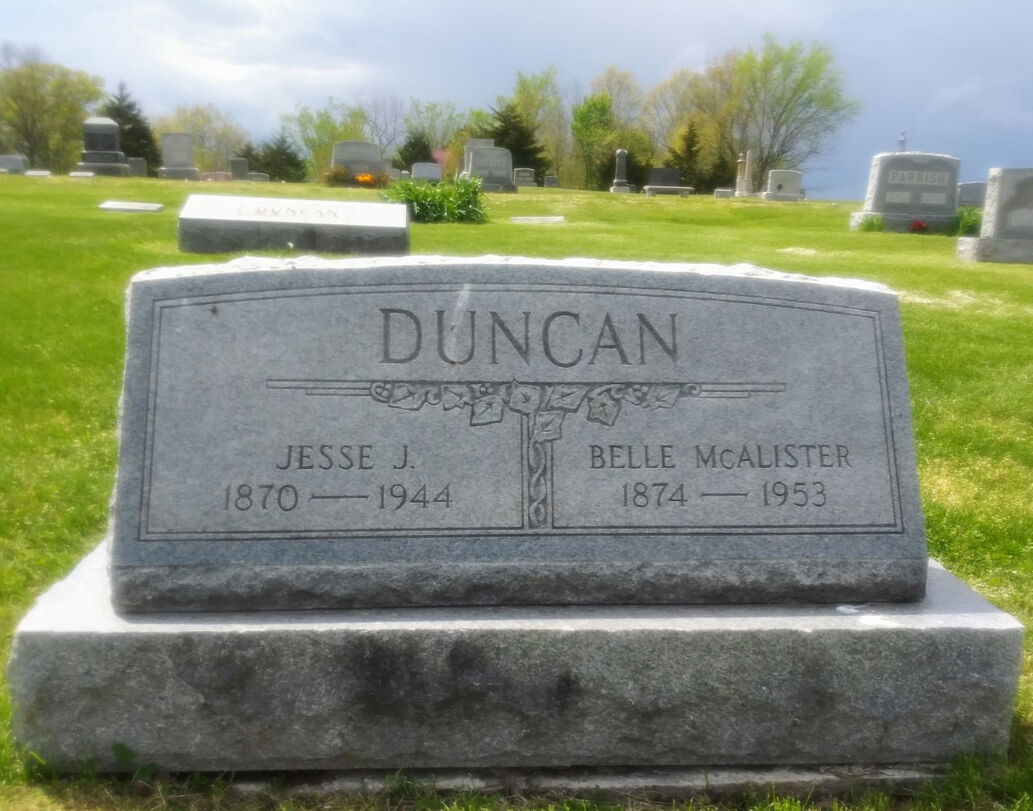 Silex, Missouri was started in the 1880’s when the North Hannibal Railway was extended to the town for the purpose of transportation. The post office in Silex has been in operation since 1882. Perched on a cliff, like a great eagle, overlooking the small town sits the Duncan Mansion. My purpose here is to untangle some of the myths and mysteries that surround the Duncan Mansion.

Let me tell you a little bit about the man who built this great house. His name was Jesse J. Duncan and he was born in another Lincoln County town to the Southwest of Silex, called Olney, in 1870. He later attended the University of Missouri in Columbia, and in his third year received and appointment to cadetship. After graduating in 1893 with a law degree from the University of Michigan. He came back to Missouri after his graduation and opened a law office in Troy, Missouri. On June 6, 1900 he married Nora Belle McAllister from Bowling Green, Missouri. They settled in Lincoln County and had two children. Jesse and Nora built what we now know as the Duncan Mansion.

I’ve had many calls and heard many rumors about the Duncan family and the Duncan Mansion, but they are mostly that, rumors. Some say that the Duncan family was mob connected, or that they sold bootleg whiskey to the Irish mob, known as the Hogan Gang, out of St. Louis. There are also tales of money laundering operations, and even of a cathouse being run out of the mansion!

The most compelling rumor, though, was the Hogan Gang connection. So I decided to look into it. The leader of the Hogan Gang was Edward ‘Jelly Roll’ Hogan. Hogan seemed to serve as a State Representative at the same time as Duncan did, Hogan served for five terms and Duncan only served for one. So I dug deeper and found where the confusion was. Jesse Duncan served as a State Representative from 1907 until 1911, but Edward Hogan wasn’t elected State Representative until 1916, five years after Duncan had already served. And then again Jesse Duncan was a State Senator from 1917 to 1921, and Hogan didn’t become a Senator until 1940. The confusion is easy to understand, but they truly were not working together.

I followed up on a few more leads and most of those were nothing more than hearsay. In all my research the one thing that I did discover was that the Duncans were a hard-working All-American family. I would have been proud to call them my neighbors or friends. Families like theirs is what has made America great.

Jesse and Nora’s son Captain Marion Joseph Duncan and their grandson William B. Duncan were both at Pearl Harbor on December 7, 1941. They died as American heroes.

“So in everything, do to others what you would have them do to you, for this sums up the Law and the Prophets.”

If you know of any interesting stories or local legends give Norm a call at (636) 233-6878. For more works by Norman McFadden visit polstonhouse.com.