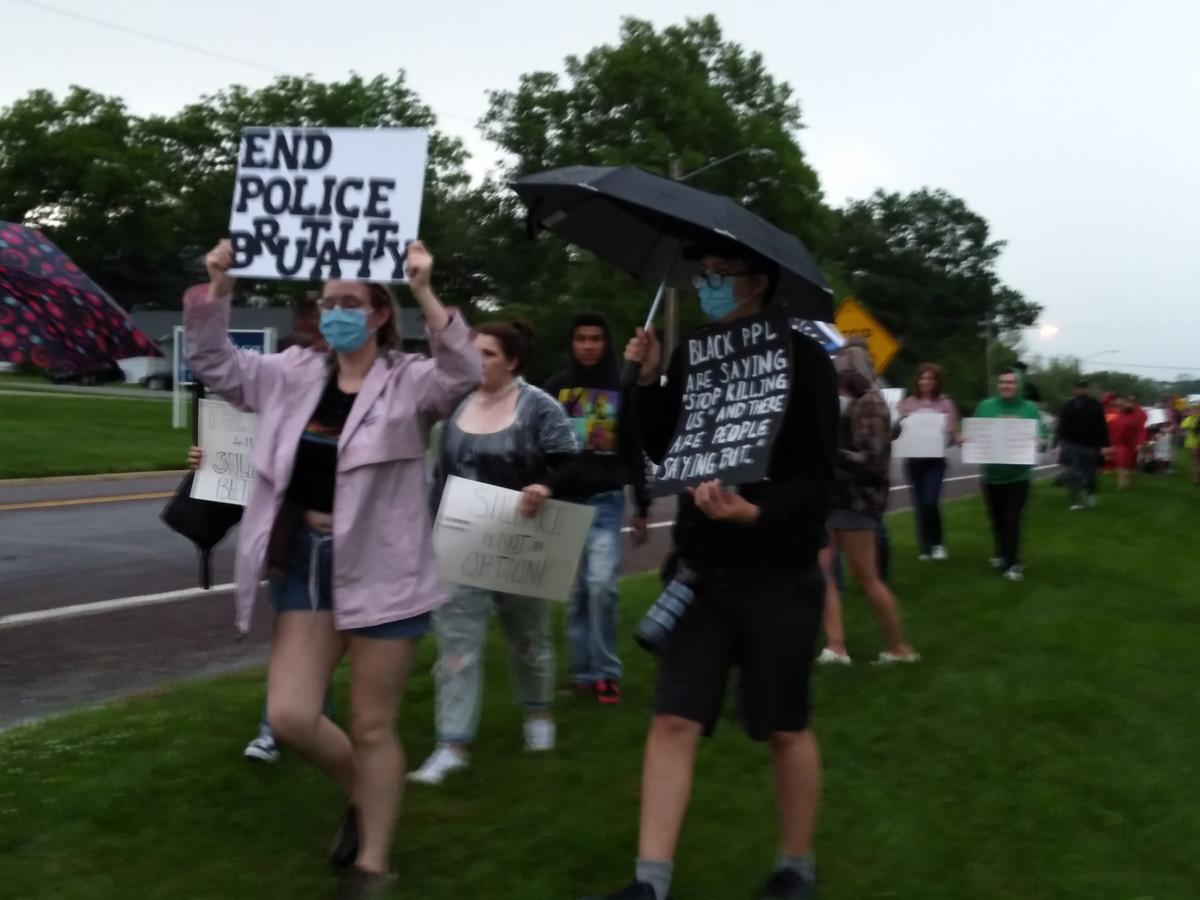 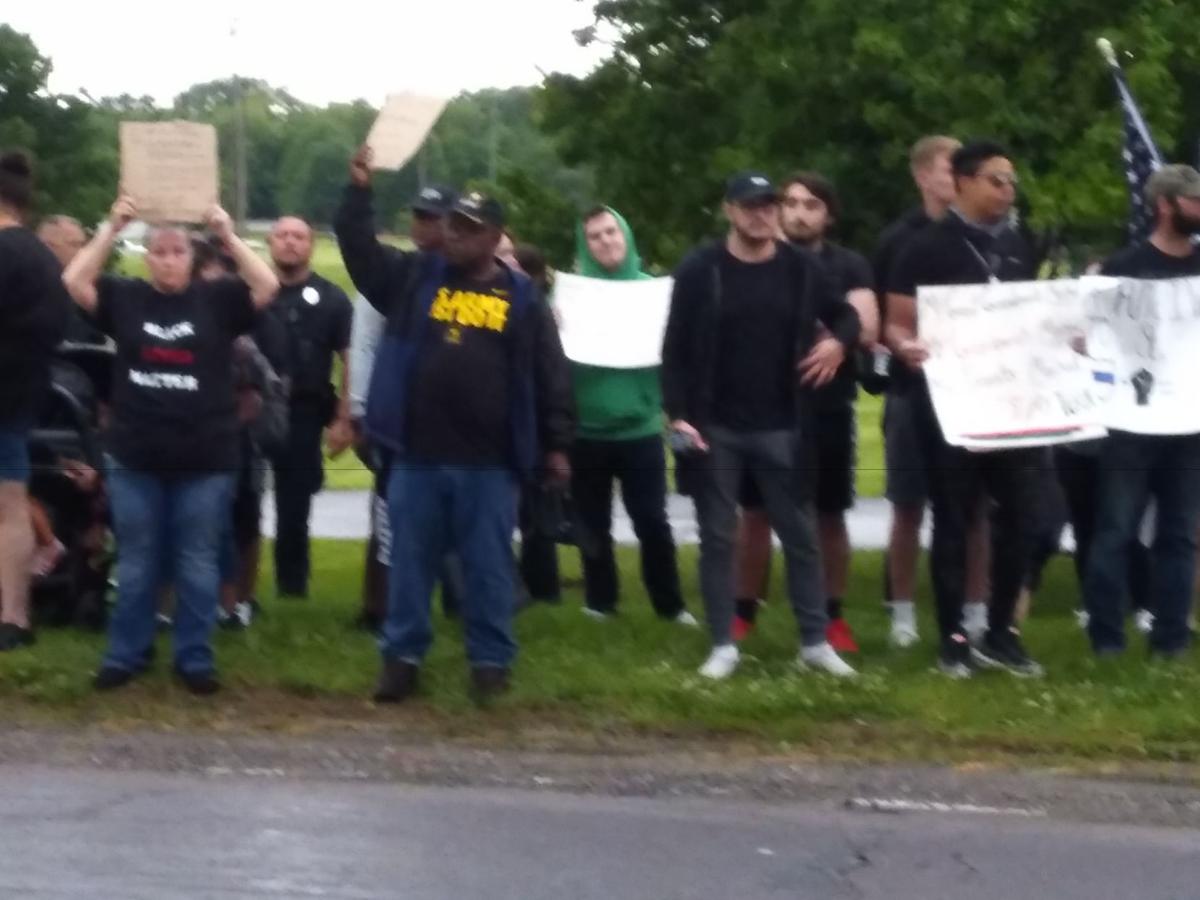 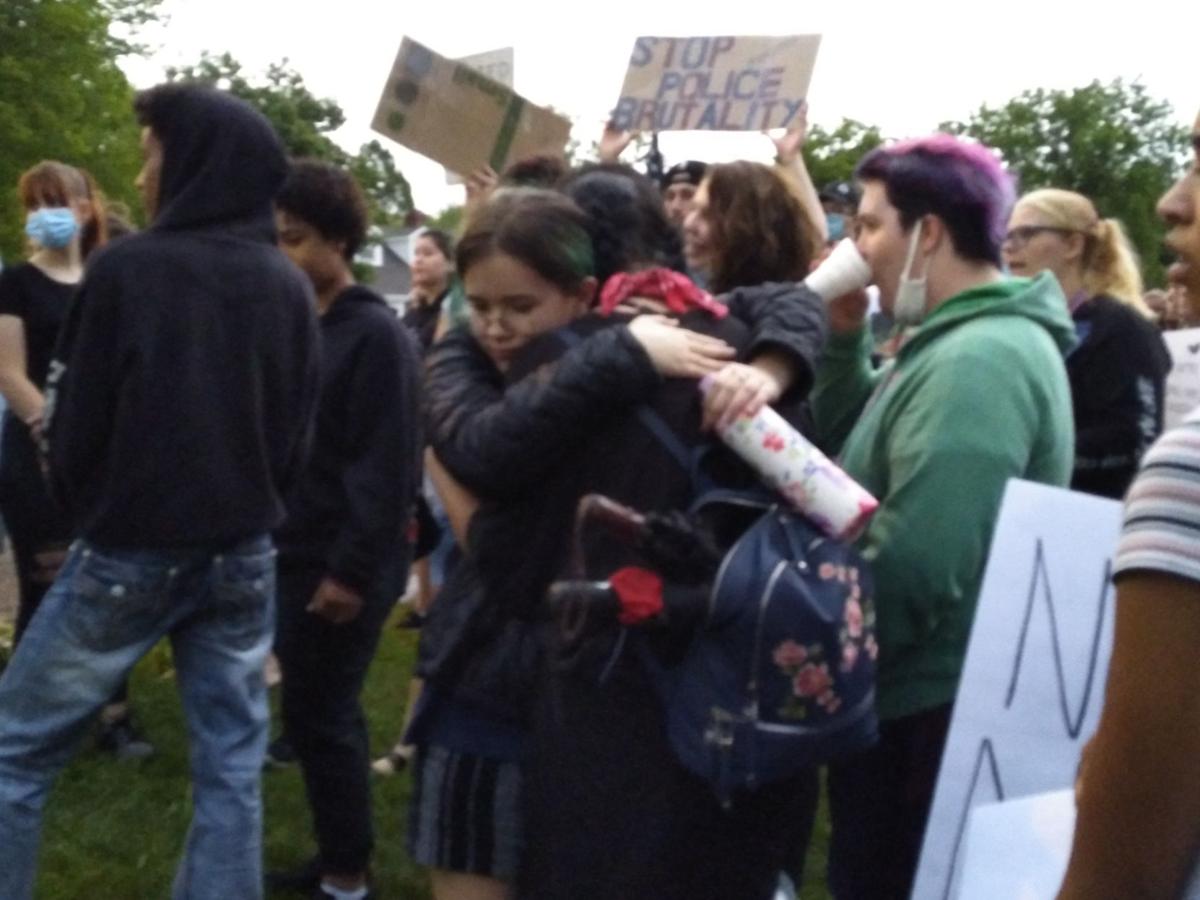 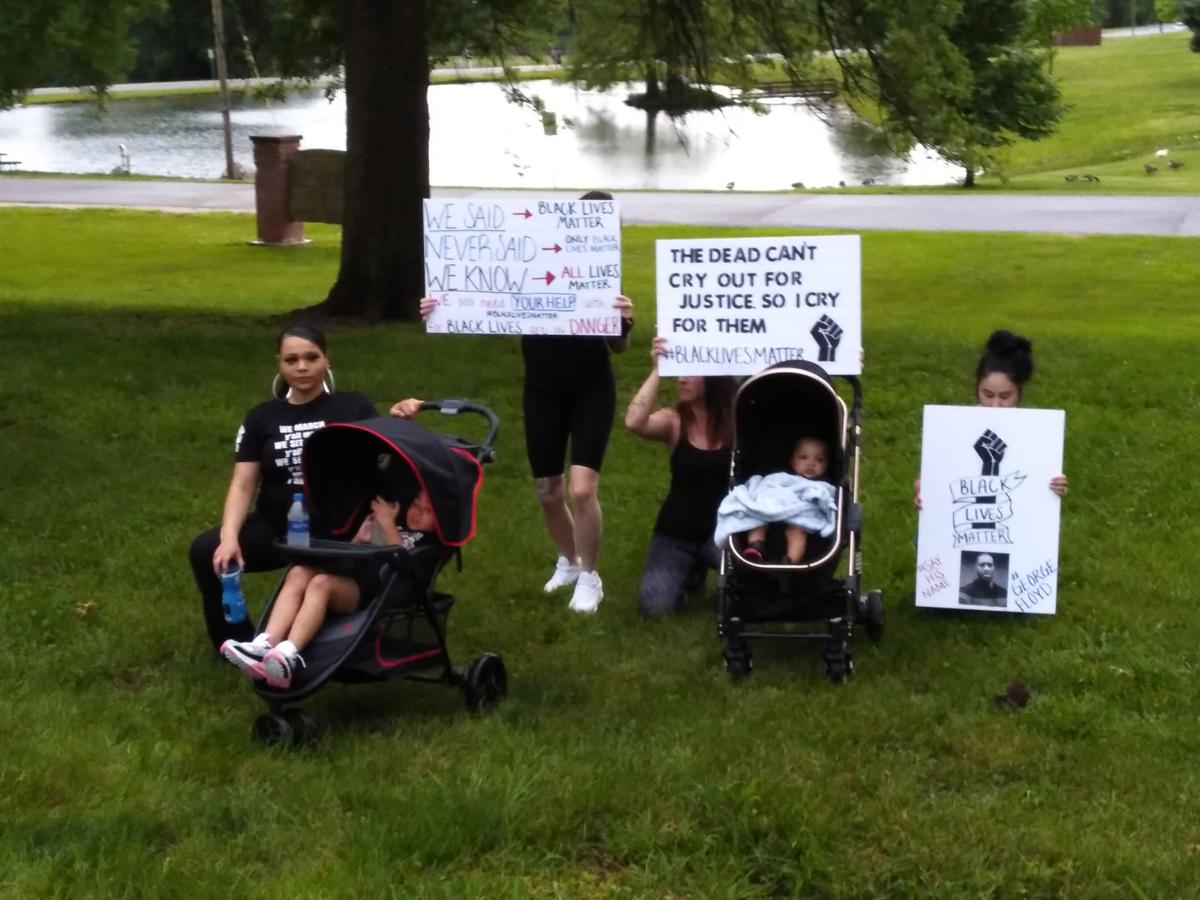 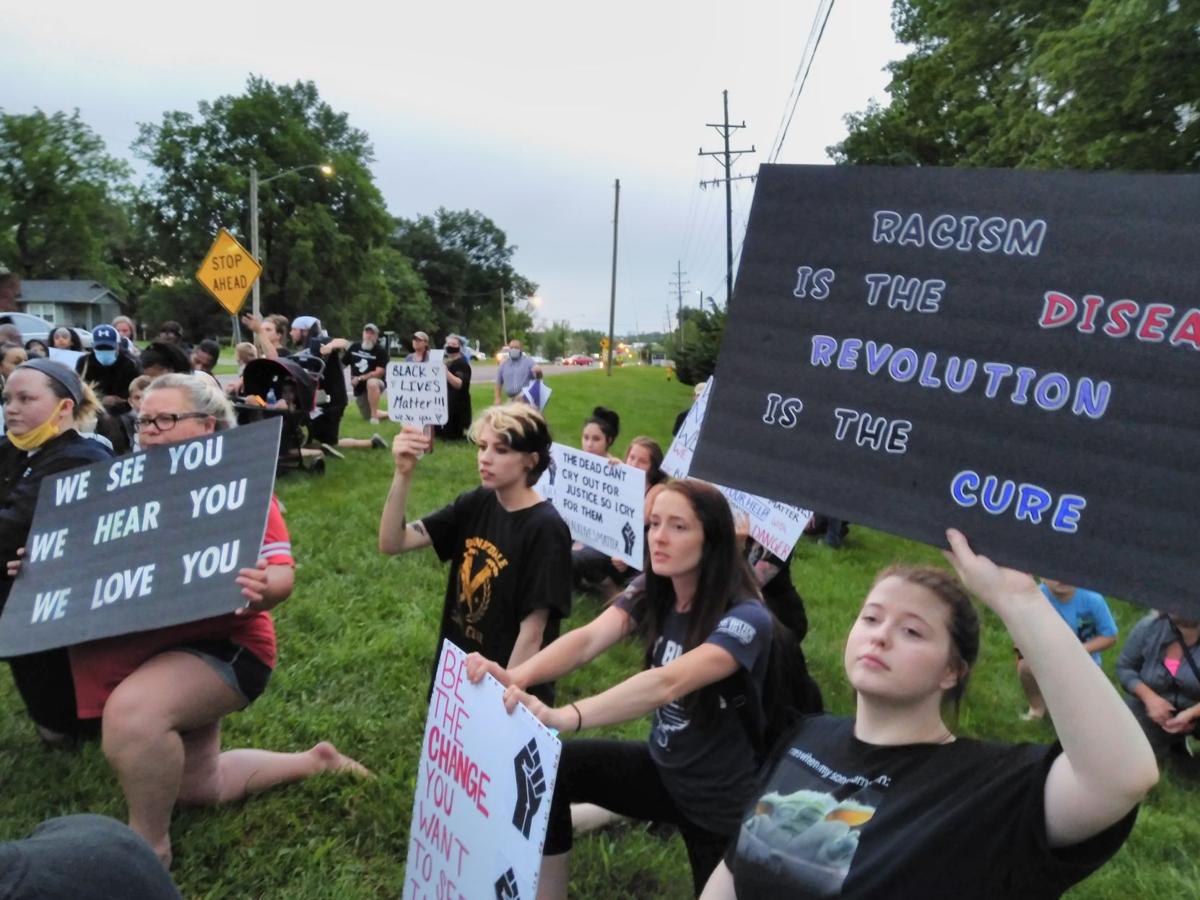 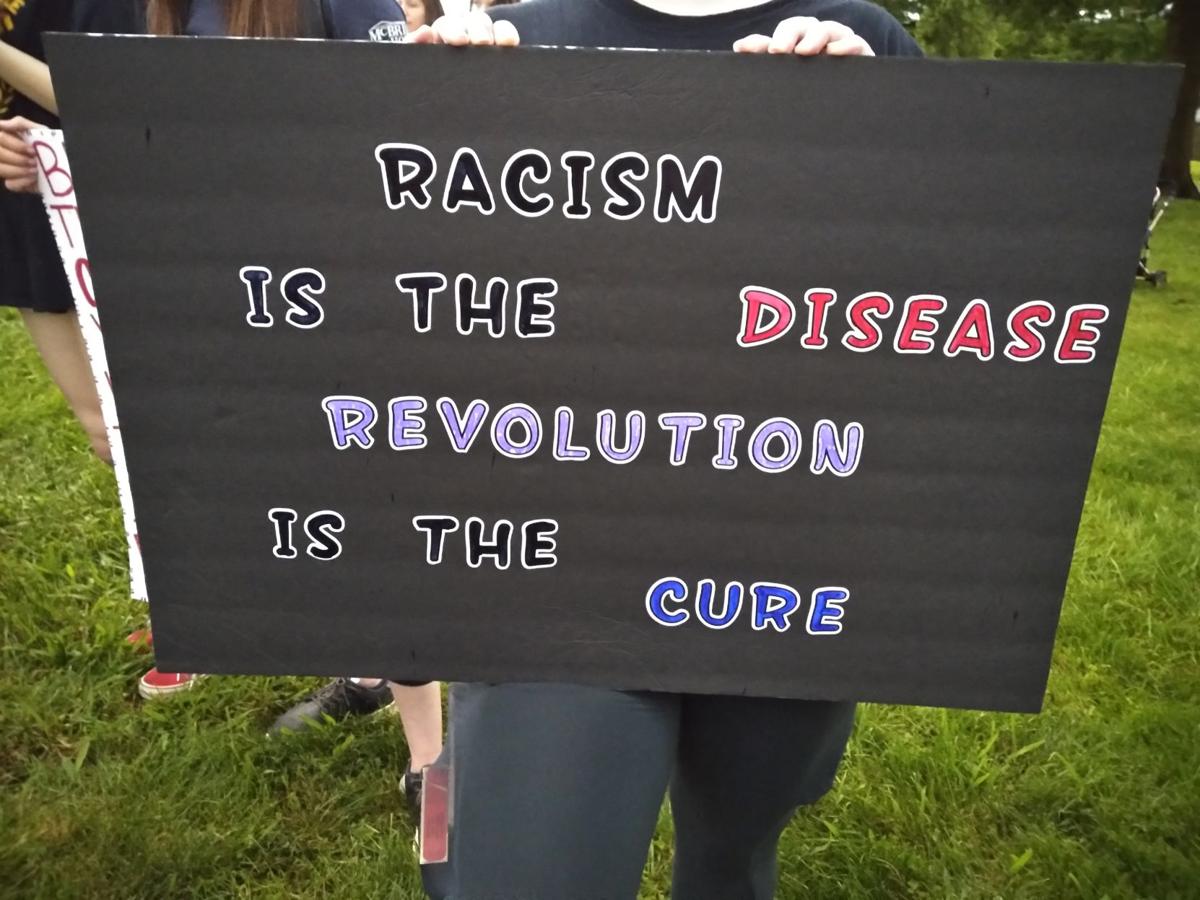 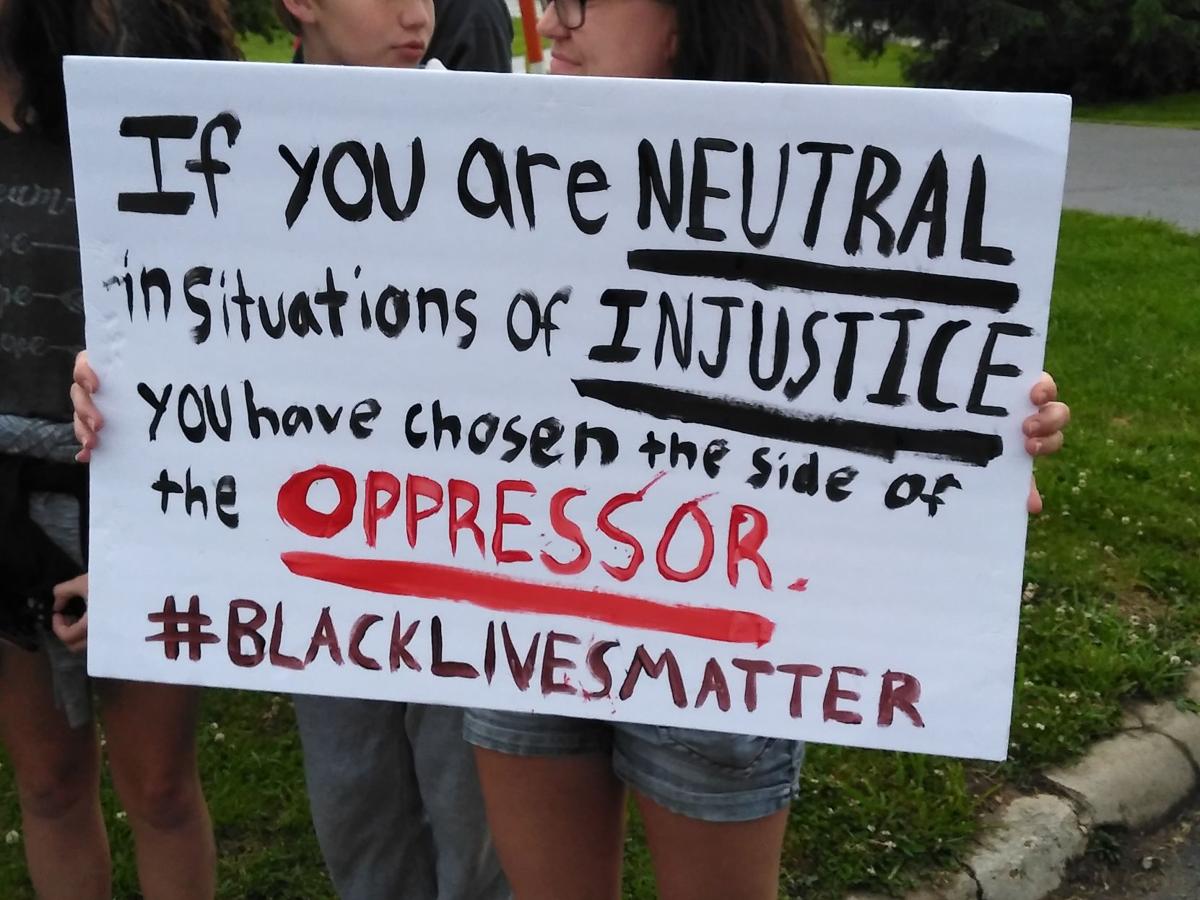 When Brian Berryman yelled those chants from his megaphone during Wednesday night's peaceful demonstration to protest racism and police brutality after the death of George Floyd in Minneapolis, the names of Floyd and other unarmed victims of violence at the hands of law enforcement bellowed from the mouths of those who braved the elements to head to Troy's Fairgrounds Park to attend.

Disregarding all social distancing guidelines, Berryman gave me a hug when I went to speak to him. Throughout the demonstration, he commanded the crowd like a seasoned organizer, but upon further investigation, it turned out the teen had never organized any public forum before.

One always finds a voice when you least expect it, especially the quietest.

Everyone has a personal story, a spark which leads them to join a movement, something which finally gets them out of their own worlds to do something they believe could change the world around them. For Berryman, it was seeing the chilling video of Floyd with the knee of Officer Derek Chauvin on his neck as he gasped for air.

For Patricia Stiles, however, the spark has been inside of her since childhood. As a biracial child adopted into a conservative white family in Warren County, she learned early on what it was like to be "different."

In contrast to Berryman, Stiles has become seasoned in the practice of peaceful and powerful demonstration, and her voice could be heard throughout the park. Tears mixed into her voice as she recounted her childhood of racist taunts by other children, and asking her parents "why don't I look like you?"

She also told tales all-too-familiar to me of being followed through convenience stores, being racially profiled by cops while driving locally - and not-so-locally. While many people in the crowd of protesters listened attentively, I hoped they truly understood how powerful her words were, because she lives in a reality only a few people in that crowd can honestly say they've lived - and I am one of those people.

I also saw a young man with a pro-police flag along with a sign hoping one day, African-Americans and law enforcement can live peacefully with one another. I share his sentiment as well, though it will take time and years of healing.

Walking among the crowd of protesters, I watched my life come full-circle. As a Marine serving in Haiti, my unit was responsible for riot control during a demonstration that turned into one. As a student at the University of South Carolina in the 1990s, I engaged in peaceful demonstrations against the flying of the Confederate flag at the top of the Statehouse.

Now, I was walking on ground left soggy by heavy thunderstorms as a reporter covering a new generation of activists protesting injustice, a generation many - including myself - see as entitled and spoiled. Truthfully, I thought this generation would be too full of themselves - and way too freaking busy on social media talking about the latest disposable Internet craze to care about social issues.

This Generation Xer is willing to admit he was dead wrong.

Now it's time for every one of us to admit black lives do matter, for our lives are part of every else's. And if all lives do indeed matter, then black lives have to matter, for if they don't, then no lives matter.

Police brutality is not an uncomfortable subject to talk about, but it has become one. Why can we not talk about police abuses without people thinking we hate law enforcement? In a previous column, I wrote about my personal experiences, good and bad, with law enforcement. I have many more stories about both, even more uplifting about the good things, and even more graphic about the bad.

During the demonstration, Berryman asked the crowd to take a knee in a moment of silence as the names of African-Americans who died at the hands of law enforcement were read, many of them you might have never heard of. Troy police officers took a knee along with the protesters in a show of solidarity that might have been lost in the moment.

And when those young men and women of all races shouted those words, the thunder clapped and streaks of lighting blazed through the sky almost in tandem, as if the souls of those lost cried out in approval.

It was as if the weather held off just long enough for a message to be sent.