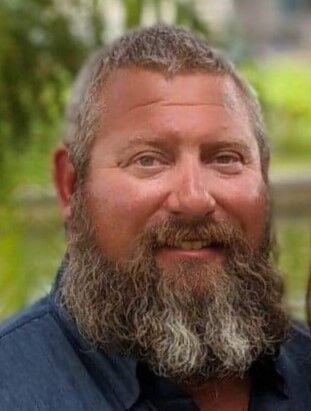 Lincoln County schools are expected to tighten their belts for the foreseeable future.

On June 1, Gov. Mike Parson announced a second round of budget cuts to education due to the novel coronavirus, or COVID-19, pandemic.

“It goes without saying that COVID-19 has had severe impacts on our anticipated economic growth. This is truly unlike anything we have ever experienced before, and we are now expecting significant revenue declines,” Parson said after announcing the cuts.

In addition to previous cuts of $220 million for fiscal year 2020 earlier in the year, $209 million will be withheld from the 2021 fiscal-year budgets. The Department of Elementary and Secondary Education will see the bulk of the cuts, totaling $131 million.

“We’re going to be required to do more with less,” said Dr. Mark Penny, superintendent for Lincoln County R-III Schools. “We lost $450,000 of our Classroom Trust Fund on May 15.

Lincoln County R-III lost $1.8 million from its 2020 fiscal-year budget, and has estimated a $1.7-million loss for 2021. Though the district has received $770,000 in stimulus funding from the $187 million Missouri received in CARES Act funds.

The Winfield R-IV School District has also felt the pain of the education cuts. Superintendent Daniel Williams said state cuts over the next two years could pose a negative impact for his small school district.

“The financial impact of the $131 million cuts to the Department of Elementary and Secondary Education have had a profound impact on the Winfield R-IV School District,” he said. “The first round of cuts equated to a withholding on our state payment in the amount of $247,748. Missouri School Districts also received notice a week ago that we would see a second round of withholdings related to COVID-19 on our July payment from the state that will be similar in amount.

“Naturally, a decrease in funding of nearly $500,000 will be impactful to all Missouri schools and has been for the Winfield School District as well.”

Williams said the situation could be worse, but credits solid financial planning for offsetting the harm done to the district and its students.

“The Winfield R-IV School District is fortunate to have had a Board of Education and Administrative Team, who have focused on being good stewards of our taxpayer dollars which left our district with solid financial integrity,” said Williams, who has served as superintendent since 2017. “Some of the proactive steps taken over the past three years which have helped to offset the recent shortfall in state payments include advanced refunding of several school bonds, which have saved a significant amount of money to our district in both the short and long term, investments of district unrestricted funds into interest earning accounts, which have had a healthy return rate for the past two years and a continued focus on needs versus wants in all departments across our district to better ensure the continued long term financial stability of our district.”

Lincoln County R-III has reduced three certified positions through attrition, and is holding up to six more kindergarten through fifth grade positions, depending on student enrollment.

Penny went on to say adjusting to the changes without having to eliminate jobs in the county’s second-largest employer was more than important.

“Not having to cut 20 positions is always a success for our community,” he said. “That’s people’s livelihoods.”

Penny also said his district’s board of education has done a good job shepherding the finances as well. Lincoln County R-III has had a balanced budget for five years.

“As a school district, we’ve always been conservative with revenues, and we’re also conservative with expenditures,” he said. “Balancing the budget is important to us and the Board of Education, but this is an unusual situation.”

Voters also approved a no-tax increase bond in April of last year, which led to a new roof on Main Street Elementary School, and the district’s new facility, which is being built at Cherry Blossom Way in Troy.

“We want to thank (the people of Troy) for their support. Being transparent, and gaining the trust of the voters is very important to us,” Penny said. “It’s important for the public to know we’re strong financially still.”

While neither district is a “hold harmless” district, school districts that would receive relief from budget shortfalls, both Lincoln County and Winfield are eligible for CARES Act funding.

Lincoln County R-III was approved for $220,000 in funding from the CARES Act, which was issued by the county’s CARES Act Advisory Committee two weeks ago.

Penny said the money was used to purchase items to prevent the spread of the novel coronavirus, such as disinfectant, facemasks, face shields and hand sanitizer. The district also ordered 30 thermo scanners for temperature checks on students and faculty for the upcoming school year from a local company out of Chesterfield.

“We like to spend money in Lincoln County,” Penny said. “If we can’t do that, we like to keep the money in Missouri.”

Williams said no program cuts have been necessary in Winfield, and his district has received CARES Act funding from the advisory committee.

“Our district is eligible for CARES Act funding for a total eligibility amount of $229,864.59 from the state level. To date, we have received $172,335.24 of this amount,” he said. “Additionally, our district was awarded $18,482.11 from Lincoln County as reimbursement for COVID-related expenses.”

Parson said last month as difficult as the cuts are for the state’s 518 school districts due to the pandemic, the decisions were made to offset more damaging withholdings later.

“It is important to make these decisions now so school districts can adjust for the school year,” Parson said. “Our intent is to withhold now - and avoid withholds once school begins.”

Both superintendents hope the cuts are short-term, but are prepared for the cuts becoming the “new normal.”

“I’m hoping this is a short-term issue, and I hope the economy bounces back and consumer confidence goes up,” Penny said. “I’m cautiously optimistic about the bounce-back, however. This is the most difficult year in my 13 years as a superintendent.”

“Though I am hopeful that this will be a short-term issue, it is difficult to predict how long the impact will be felt and to what extent,” Williams said. “Many of our district revenues are driven by both our local and state economy, so until the recovery process begins, the total impact will be unknown.

“As a district, we will continue to remain conservative in budgeting for the 2020-2021 school year.”

Penny thanked the teachers for continuing to do their jobs and checking on students during the pandemic. He also thanked the parents for having to take on alternate roles during a trying time.