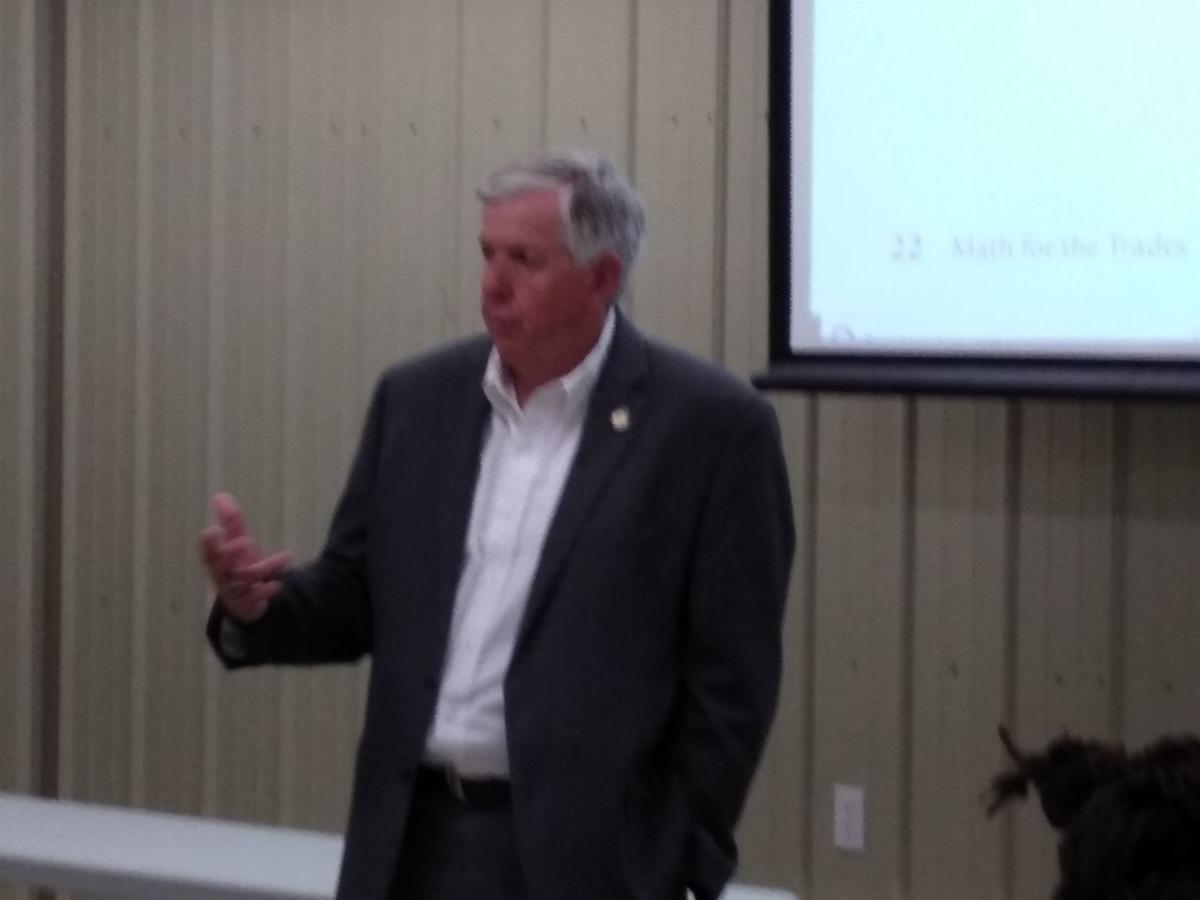 Gov. Mike Parson takes questions from inmates during his visit to the Inmate Training Center at the Jefferson County Jail on June 17. 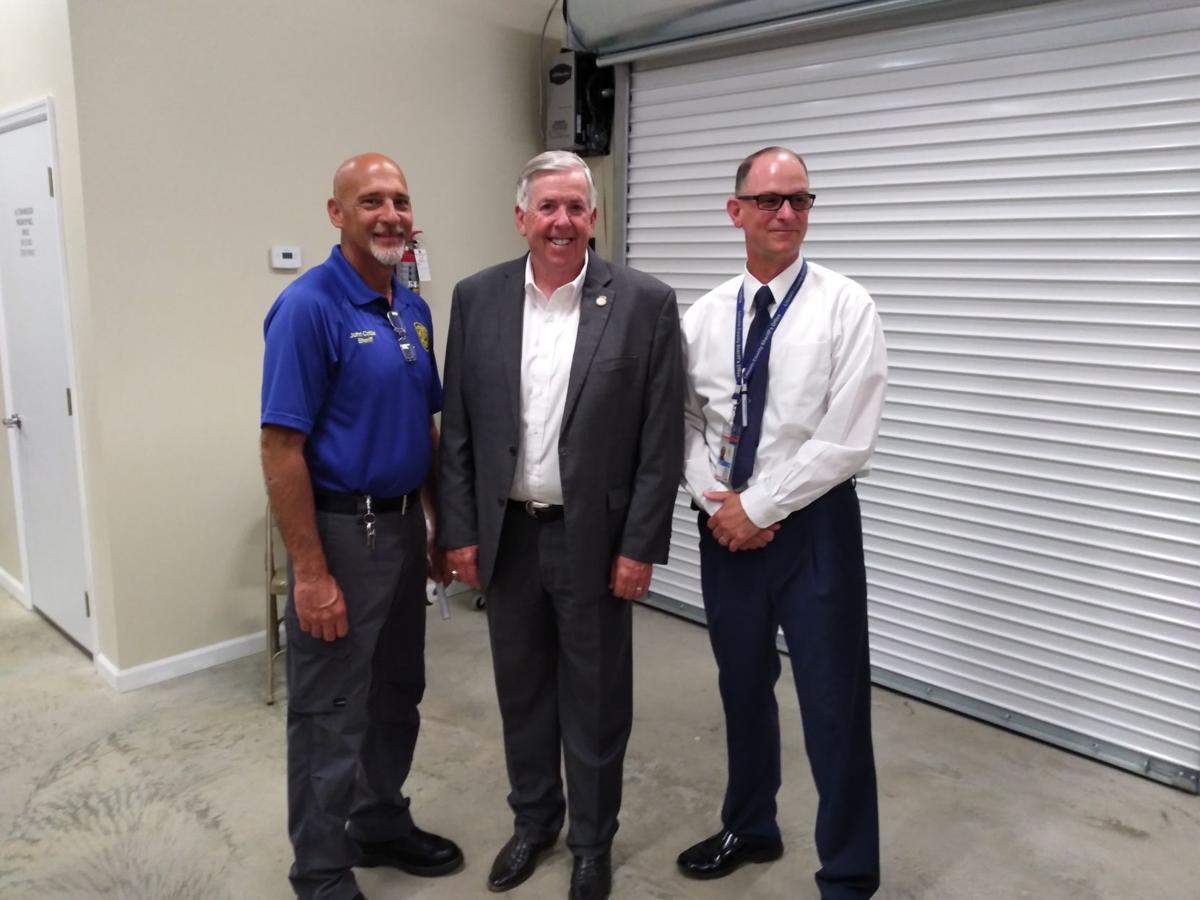 Gov. Mike Parson takes questions from inmates during his visit to the Inmate Training Center at the Jefferson County Jail on June 17.

The Inmate Training Center, located at the Lincoln County Jail, got a special visitor on Wednesday.

Gov. Mike Parson visited the facility, and along with being pleased with what he saw, he held a question and answer segment with the inmates in a classroom setting.

One of the inmates asked Parson what was the toughest thing he has had to deal with as governor.

“When I first became governor, we had the worst drought in our state’s history, then six officers got shot in St. Louis. After that, we had the flood in Branson, where 19 people died,” said Parson, who took office in 2018 after the resignation of Eric Grietens. “Now we have the COVID-19 pandemic, and I had a decision to make about shutting down the state. It was like I was damned if I did – and damned if I didn’t.

“I learned you can’t make everyone happy.”

Parson also said he learned to persevere and keep working through the trials and tribulations of each calamity during his short time as governor.

“It was a tough 60 to 90 days, but we had to persevere and go back to work,” he said. “The economy just shut down. I’ve never seen a time when the spigots were just suddenly shut down like that, but we’re doing a good job coming back.”

The inmates at the training center hope when the economy picks back up, they will be able to land jobs upon release. The program begins with inmates brushing up on their mathematics and English skills before moving on framing and construction skills.

Inmates have to request training, or to work, and sign a volunteer form to be accepted into the workforce program. This training is open to all local and federal inmates. Federal inmates and/or inmates who transfer to prison can finish the training at their respective location. Lincoln County's workforce training mirrors similar federal and state prisons.

When inmates volunteer for the workforce, they are enrolled in Telify (Missouri Jobs), MoJobs.gov and Connections for Success. Connections for Success works and trains inmates in construction skills they will use in the Inmate Manufacturing Building. The program also includes curriculum to improve life skills, including balancing a budget, writing a resume and how to tackle personal programs in a more positive and meaningful way. Once an inmate completes the program, he earns his apprenticeship through the United States Department of Labor. If an inmate is released prior to completing the program, he can still complete it on the civilian side of the training building.

Lt. Andy Binder of the Lincoln County Sheriff’s Office said the program is the first step in a life of rehabilitation, and lowering recidivism rates among inmates.

“We’ve been doing this the same way for the last 100 years,” he said. “We arrest them, put them away, then they get out, and we arrest them again and it’s an endless cycle.

“We wanted to do something different. Sheriff John Cottle wanted to give these inmates a chance to make something with their lives.”

Parson said even though the inmates aren’t living free now, they will be soon – and it’s up to them how they write that chapter in their lives.

“There is always another day,” he said. “There’s always tomorrow.

“Only you can make these changes.”