At Thursday’s event Program Director Aaron Bradshaw cuts the ribbon. He is joined by members of the Louisiana Chamber of Commerce and Air Evac flight crews. 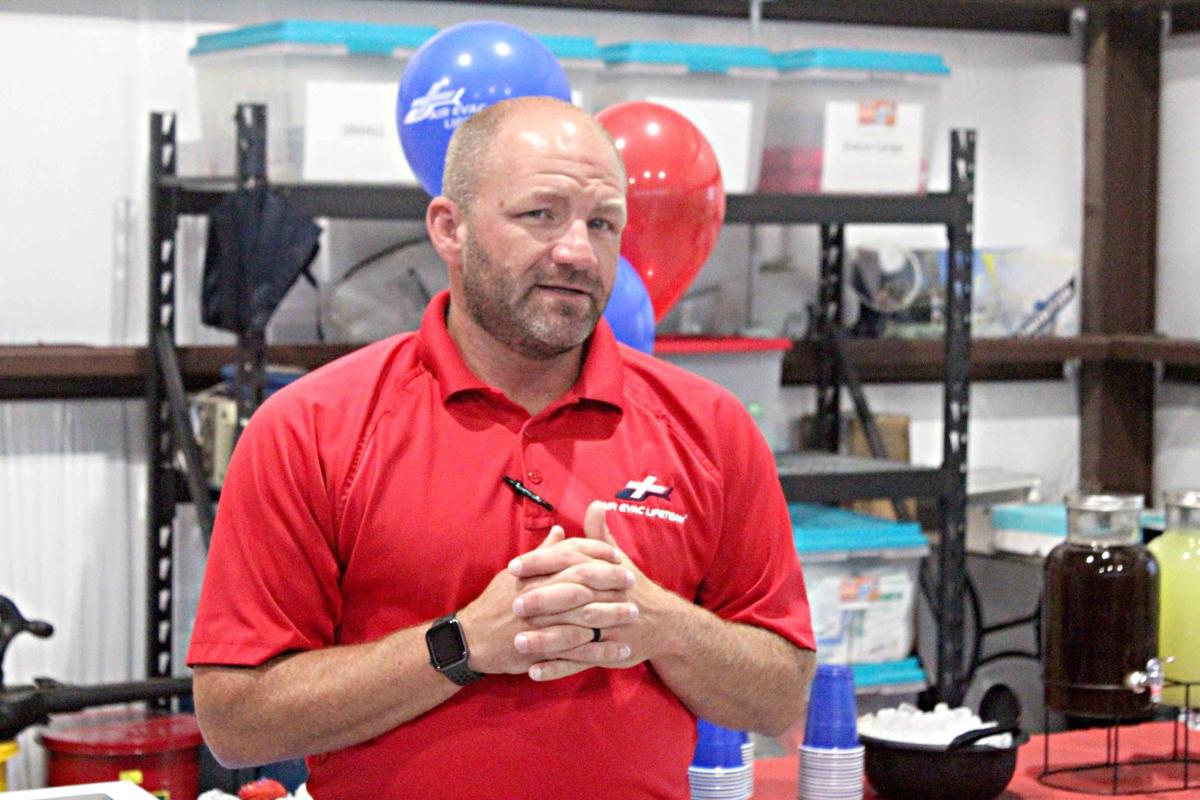 The tempo of missions being flown by Air Evac Lifeteam 146 has picked up in a major way since the medical helicopter operation moved from Carrolton, Illinois to Louisiana Missouri.

That’s according to Program Director Aaron Bradshaw, speaking before the grand opening of the facility Thursday, Oct. 10.  The facility along Route UU has been in operation for several months, and the team had operated out of Pike County Memorial Hospital before their base was completed.

The base has made 20 flights in August and 21 flights in September. It typically saw six-eight flights a month in Carrolton, with a peak of 16.

“Its all about need. The need’s here. It wasn’t in Carrolton,” Bradshaw said.

The facility, which includes office space, a landing pad, and a hanger, was built by the same template as the company’s many other facilities, according to Bradshaw.

Its the 12th Air Evac facility in Missouri.

About half of those flights are to the scene of a medical emergency — the rest involve medical transport from one facility to another.

The base serves a 70-mile radius. According to Bradshaw, it can reach anywhere in Pike County in ten minutes.

The service area overlaps with nearby bases in Troy, Missouri, and Quincy, Illinois, allowing crews to respond to more than one incident at a time.