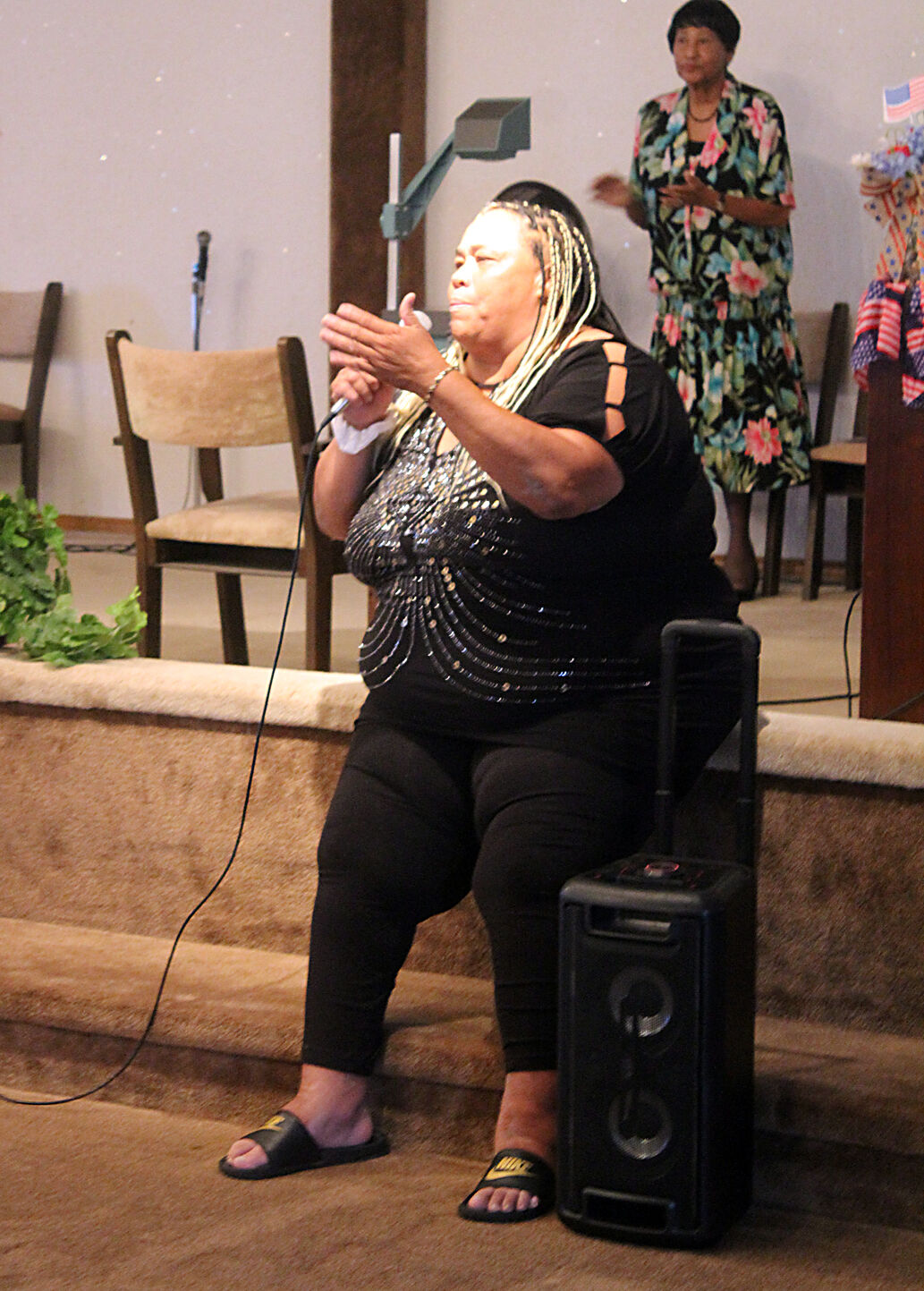 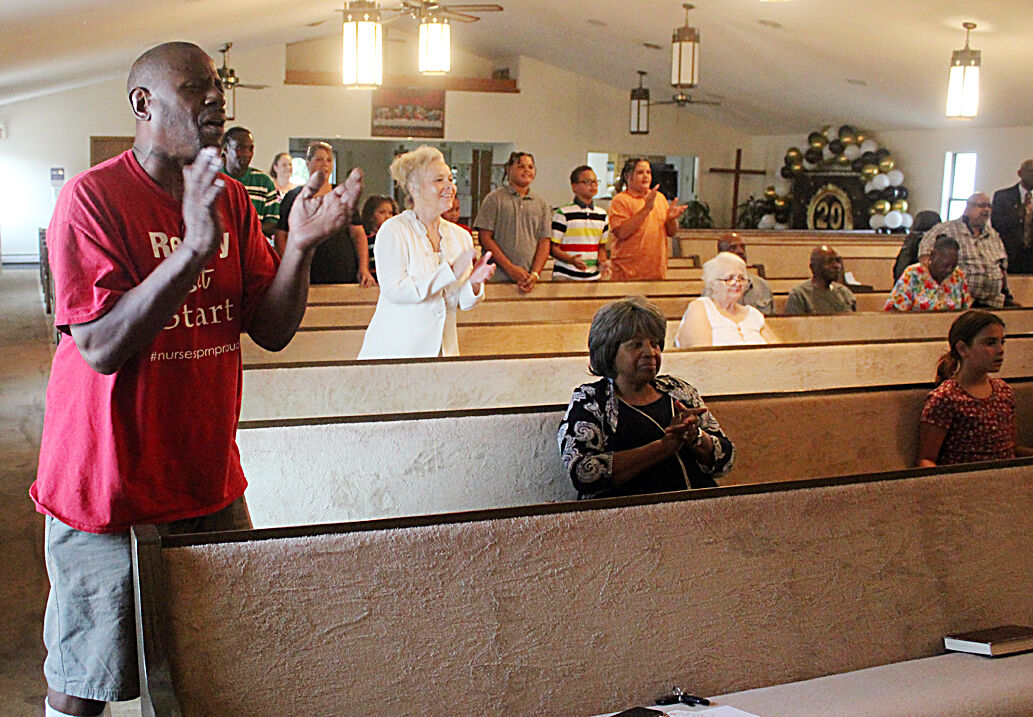 Darren Morgan, in red shirt, sings in praise along with community members during the celebration.

Darren Morgan, in red shirt, sings in praise along with community members during the celebration.

Troy, Mo. - The sounds of praise and thanks reverberated through the Christian Community Center on Aug. 20.

It is one of the mantras of the local charity, and it was the singular message during its 20th-anniversary celebration.

Community members gave testimonials about how LSG helped them through homelessness and addiction over the last two decades, and how that assistance led them to continue volunteering for the ministry afterward.

No two stories were the same, for no one’s journey is the same, according to the ministry. One volunteer spoke about how Darlene Morgan, her husband Darren and LSG saved her and her children from a dangerous, drug-filled community. Another is a recovering addict who relocated to Lincoln County, and told how the ministry was not only life changing, but also life-saving.

There was even a marriage proposal between a pair of the Morgans’ clients at the ceremony, which led to featured speaker Pastor Mary Garrett hoping their upcoming marriage is as strong as the relationship between the Morgans.

Garrett also said the Morgans have used their relationship to give to others in Lincoln, Warren and St. Charles counties.

“I just give thanks and praise to both of you for allowing your marriage to give to God and his works,” Garrett said.

During the ceremony, Darlene Morgan talked about the founding of LSG, which was a near-death experience of her own after a mold spore while cleaning a day care center landed her in a coma for seven days.

She gave her own testimony about how the experience led her to a life of service, bringing awareness to the stark realities of poverty and homelessness in the area.

LSG operates a resale store on South Lincoln Drive in Troy, which sells donated furniture. It also has a store on East Pearce Boulevard in Wentzville and another in Warren County.