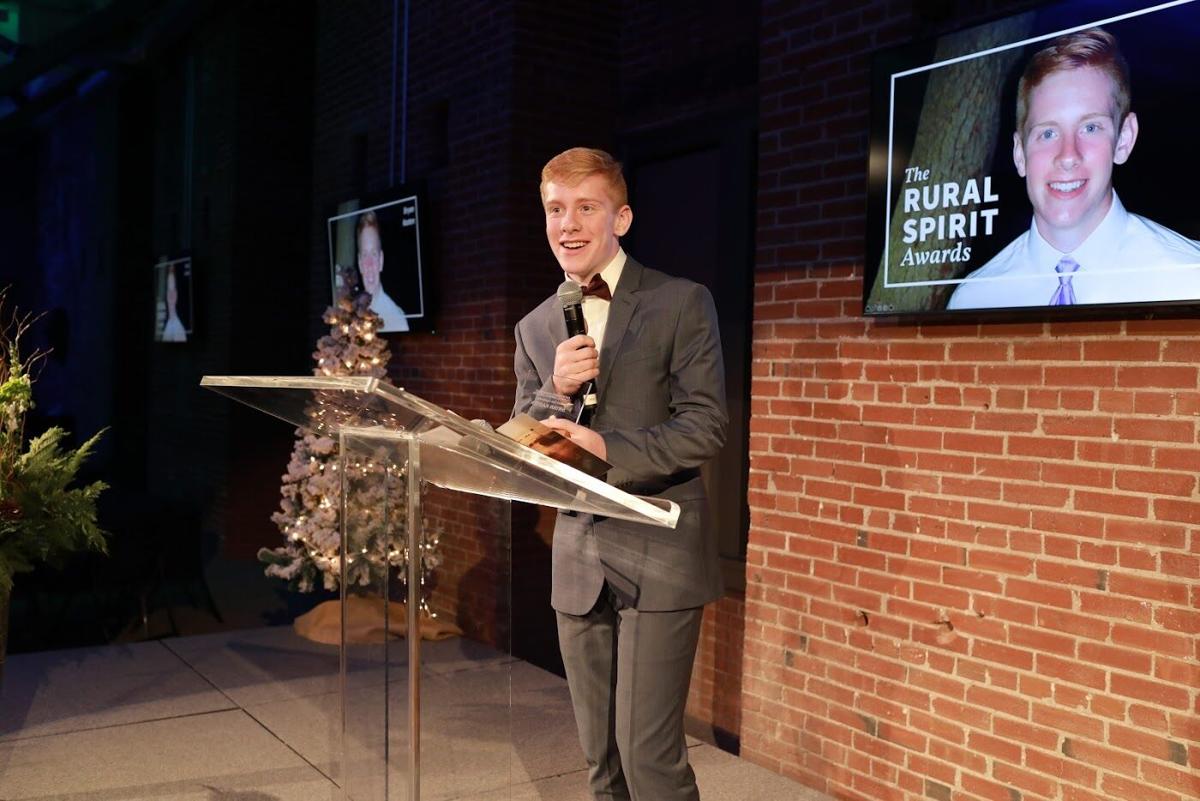 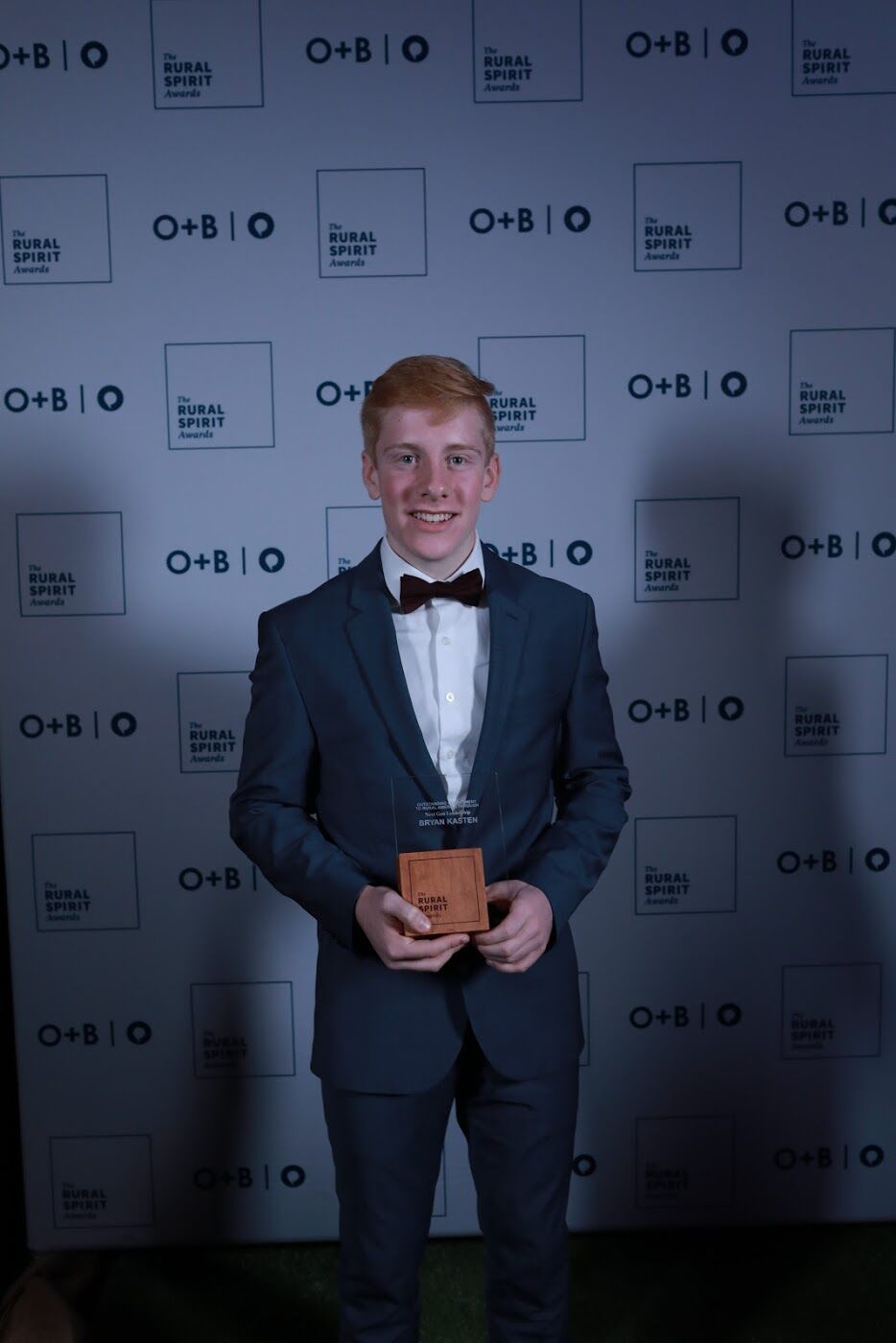 Five and a half years ago, Bryan Kasten wanted to do something that would get other kids his age involved in giving back to the local community.

“One of the biggest challenges at my age at that time was, ‘you’re too young and you can’t do a lot of stuff,’” Bryan, now 15, said. “I knew you could do stuff, but it was going to be more challenging.”

Not wanting to be deterred, Bryan went off on his own path, looking to create more opportunities for students his own age to get involved and give back to the community. He formed a group – which was called Kids that K.A.R.E. at the time, now branded as the Youth Empowered Service Team – to do just that.

“We started small, I won a kindness challenge and I won $100, and I wanted to buy flowers for the people of Troy, and just hand them out and give them a positive message,” Bryan said. “The Flower Shop decided to match my $100, so we had even more flowers, which was amazing.”

Splitting the flowers up throughout a group of his peers, Bryan and his friends went around town to various spots in town to distribute them.

Bryan’s mom, Angela Kasten, said many of the people who the kids reached out to said things like, “I’ve never gotten a flower, I’ve never gotten roses before,” and that she was taken back by how much the little gesture meant to those folks.

While Bryan always had believed in the power of small things helping folks, seeing it in action really put the concept into perspective.

From the flower initiative, Bryan met Sandy Turner with the Troy Rotary Club. She invited him to a meeting, and he spoke to the group.

The president of the club at the time had approached him afterwards, and talked to Bryan about Interact – the Youth Rotary Club.

“I was in middle school at that time, so we started an Interact Club in the middle school, and that did really well,” Bryan said. “We did the Pace for PALS run, and that was like our big thing, and then we did Kids Against Hunger, so we did different events with that.”

Working through the Interact Club really showed him how many students his age were interested in projects helping the community.

“Seeing the sixth-graders, seventh-graders, eighth-graders that were all interested in volunteering, I was like ‘wow, this is amazing,’” Bryan said. “I think it really opened my eyes – people really are inspired and want to do things.”

While the flower project was the first big one to take off, Youth Empowered Services had been doing work in local nursing homes and other small projects before – and the group continued those smaller initiatives afterwards.

These smaller projects would eventually give way to the Youth Empowered Service Team’s next big mission. The parent of a friend was diagnosed with terminal cancer, and had a wish to visit the beaches in Alabama.

She’d never been, but it was her “dream vacation,” Bryan said, and so Youth Empowered Service began a push to sell t-shirts to raise money to send her southwards. The fundraiser raised $1,300 after one week, and brought in $2,725 in total.

The Youth Empowered Service Team has continued to work on small opportunities when they arise.

“Cleaning up a highway, different things like that,” Bryan said.

To organize one of these excursions, Bryan will post on the Youth Empowered Service Team’s Facebook page, and reach out to the people he knows to see who’s available.

“I’ll make a post a couple days ahead, I’ll reach out to people, talk to people, say ‘hey do you want to do this, are you free,’” Bryan said.

Then he’ll reach out to the nursing home or whatever group they are aiming to help for the day, and figure out where the group of helpers needs to go.

The challenges of organizing such endeavors come in many forms. Figuring out the timing and the schedules of not only Bryan and his peers, but the community to properly engage them is always a top priority.

“You’ve just got to find when it works,” he said. Summer and spring are much more conducive to the work the group does, Bryan said, without school and sports taking up large blocks of the students’ schedules.

Outreach is another obstacle, but one that is made much more manageable thanks to social media. In fact, Bryan uses the Youth Empowered Service Team’s Facebook page to regularly spread positive messages. He’ll regularly use the page to do “Spotlights,” giving a special shout-out to teachers and students in the school in a small-scale effort to brighten people’s days.

“It’s highlighting a person in the community or school that are kind people just doing the right thing,” Bryan said, adding that he’s gotten “so much positive feedback” regarding that effort.

He’d like to expand that practice further into the community, to recognize a wider range of people in the Troy and Lincoln County areas.

“I think if that was a community thing, that would be absolutely amazing,” Bryan said.

Bryan said that with so much negative news presented all the time, shining a little light of positivity can cause a good chain reaction.

The main idea from all of this was and is to inspire and empower youth, and show them what they can do when they volunteer – and how impactful that can be.

“That’s kind of the reason that Kids that K.A.R.E. was started, because I believed, I truly believed, that kids wanted to do things but they didn’t know where to reach out or how to reach out,” Bryan said. “Having that opportunity for them to come work with my group and volunteer, that I think really opened their eyes.”

He hopes that it will spread, and give of a “burst of volunteerism” that will inspire others to do the same.

“Come out when you can, come out and volunteer, it’s an amazing opportunity and you will truly love it,” he said. “And I can 100 percent bet money on it, if you do it once you’ll definitely do it again, because of how amazing you’ll feel.”

Bryan wants to become a children’s occupational therapist, and is planning on attending Lindenwood when he graduates from Troy Buchanan.

“Just sports therapy with kids, because I love working with kids…and when I have my own kids, I want to take them out to volunteer, and maybe potentially start their own thing, their own group to go out and do things,” Bryan said.

As far as the Youth Empowered Service Team, he’s not sure what will become of that group once he moves on with life.

“I’m not too sure just yet,” Bryan said. “But I will definitely still want to volunteer.”