A photo from the Bohemian settlement.

The cemetery, overlooking the town that once was. 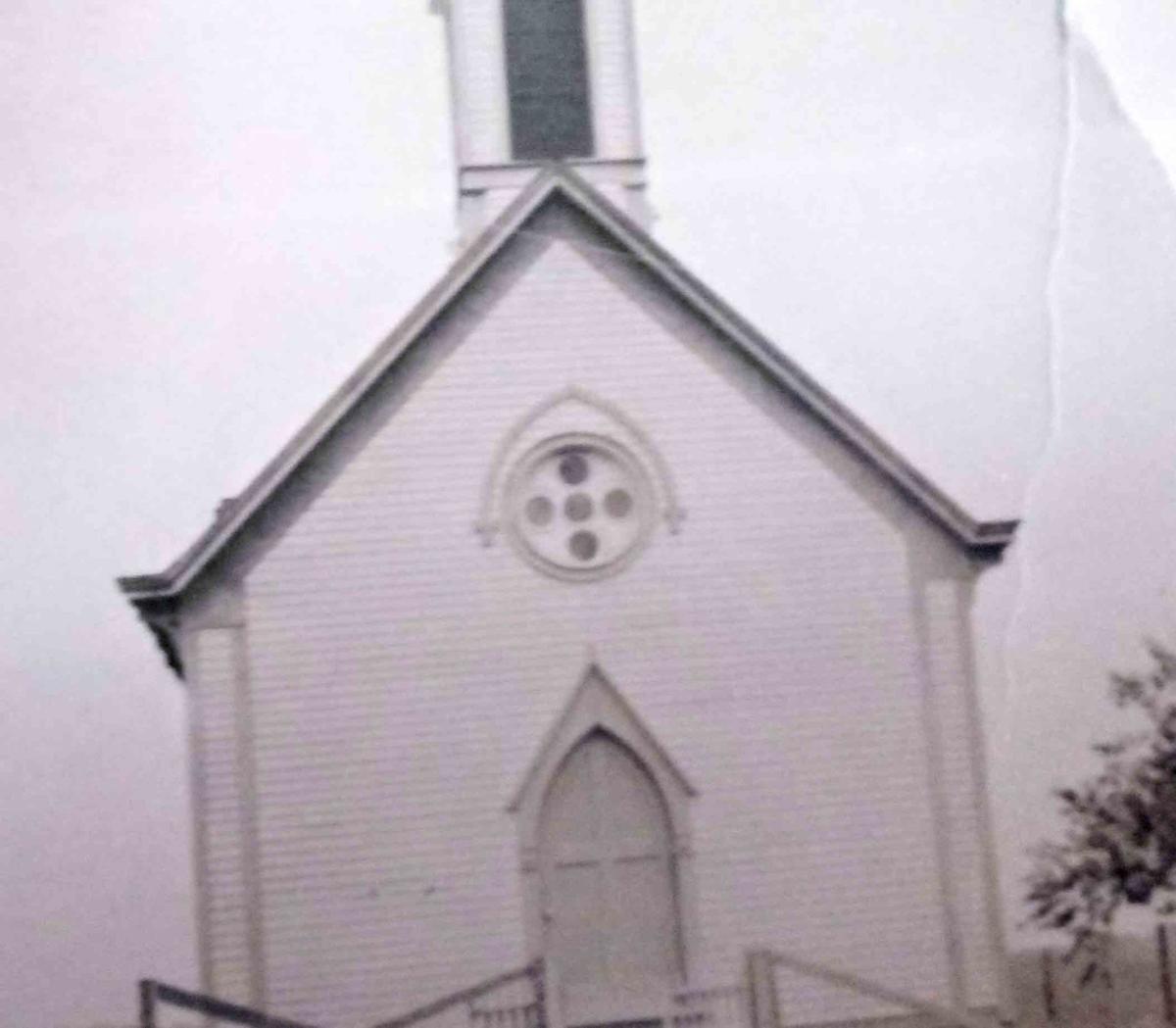 As we all come together for Thanksgiving, here’s a story that should warm your heart. It’s about a little ghost town that used to sit on a hill about halfway between Hawk Point and Troy. The little town was called Mashek, and it was nestled quietly out on what is now Highway AA. Nothing of the town remains except for the graveyard overlooking the valley where the people used to live. This is the story of one Bohemian family who carried their hopes and dreams all the way from the other side of the world to settle here in Lincoln County, Missouri.

The story was recounted to me by two of the Bohemian ladies who still live in the area. This is the way they had heard it all their life:

“This is the story of our family and their journey. The journey towards a better life and new opportunities. Farming was our life. It was our hopes and dreams, our livelihood, everything we had was tied up in farming. Our family lived in Pilsni, by Prague in Bohemia. Then one year there came a drought, but it did not stop, the drought continued on for many years afterward. There was no rain, and no rain meant no crops. And with no crops the food started to become scarce. It had become apparent to us that we would have to move to the city. We moved to Prague where we all were able to get jobs. And while we had plenty to live on and we had food and clothes, we were not happy. We were farmers and the city life was not for us.

Then came some news about a ship that was bound for America. We headed to the little church outside of town to pray about this news. It would be a life altering decision if we decided to go. Then, yes we decided to pack up and leave for America. We boarded the ship with mixed emotions with doubt and concerns about the future, and even some joy. But we were now leaving behind our relatives and friends, our country. But we were going to America! We took with us only the bare necessities, our clothes, pictures and treasured memories, and every man had his fiddle. Yes, we Bohemians love music and dancing, and of course our fiddles. It was a long trip and the conditions on board were horrible, unsanitary and disease-infested.”

“When thou passest through the waters, I will be with thee; and through the rivers, they shall not overflow thee: when thou walkest through the fire, thou shalt not be burned; neither shall the flame kindle upon thee.”

“After many weeks we finally saw land, America! When we got our feet on solid ground we took a look around in horror. It was nothing like we thought it was going to be. It was a big muddy mess and the people went around jabbering in a language that we did not understand. They were speaking English, not Bohemian. But, we were in America. First thing we set out to jobs so that we would be able to afford the necessities. After several months in New Orleans we set sail up the Mississippi River for St. Louis, Missouri. “Once there we met with a man named Mr. Block.

He was a real estate man, and he said that he would be able to find what we needed, which was tillable land, woods and a spring. We waited while Mr. Block searched. It wasn’t long before he returned to us and said that he had found the perfect place.

So, once again we set sail up the Mississippi River then onto the Cuivre River. After landing we got off the boat and climbed a small hill, we looked around and saw that the land was beautiful. There we were, our family with only the bare necessities looking at just what we had wanted, beautiful farmland, plenty of woods and even a little spring.

It was 1862 when we started out, and the first thing we did was to build a little log church. Then we planted gardens and started clearing the land for crops, in the meantime we hunted the woods for the abundant squirrels and rabbits. The waters were full of fish and the woods full of grapes. We were happy to be farmers again!

Eventually the little village grew, we even had a small store that sold the essentials like coffee, tobacco and sugar. Every once in a while a peddler would come through with their merchandise. It was 1886 when the old log church had to be tore down and a nice church was built. The old logs were used to build the new town hall where we had our meetings and dances, even the farmers used it to discuss their crops.

Next to the town hall the store was built with a small post office in it. With the addition of the post office the town of Mashek, Missouri was established. Then came a blacksmith and even the Cottonwood Distillery.

But like most things in life came change. The people began to move away to Troy, Hawk Point and even the bigger cities to try to find work and slowly the town faded into the past.

In 1963 the church was torn down. And now a new generation is moving into the area, subdivisions are springing up around the hill and the beautiful countryside disappearing. The cemetery stills sits proudly on the hilltop quietly keeping watch over the Bohemian settlement.

We are proud to be American! It was a long trip to get here, but it was worth every hardship.”

“But they that wait upon the Lord shall renew their strength; they shall mount up with wings as eagles; they shall run, and not be weary; and they shall walk, and not faint.”

If you know of any urban legends, haunted houses or haunted barns give Norm a call at (636) 233-6878. For more works by Norman McFadden visit PolstonHouse.com.

The season of giving and sharing

A whole lot of people have the wrong idea when it comes to the meaning of Christmas. Now when I think of Christmas I think about love, kindnes…