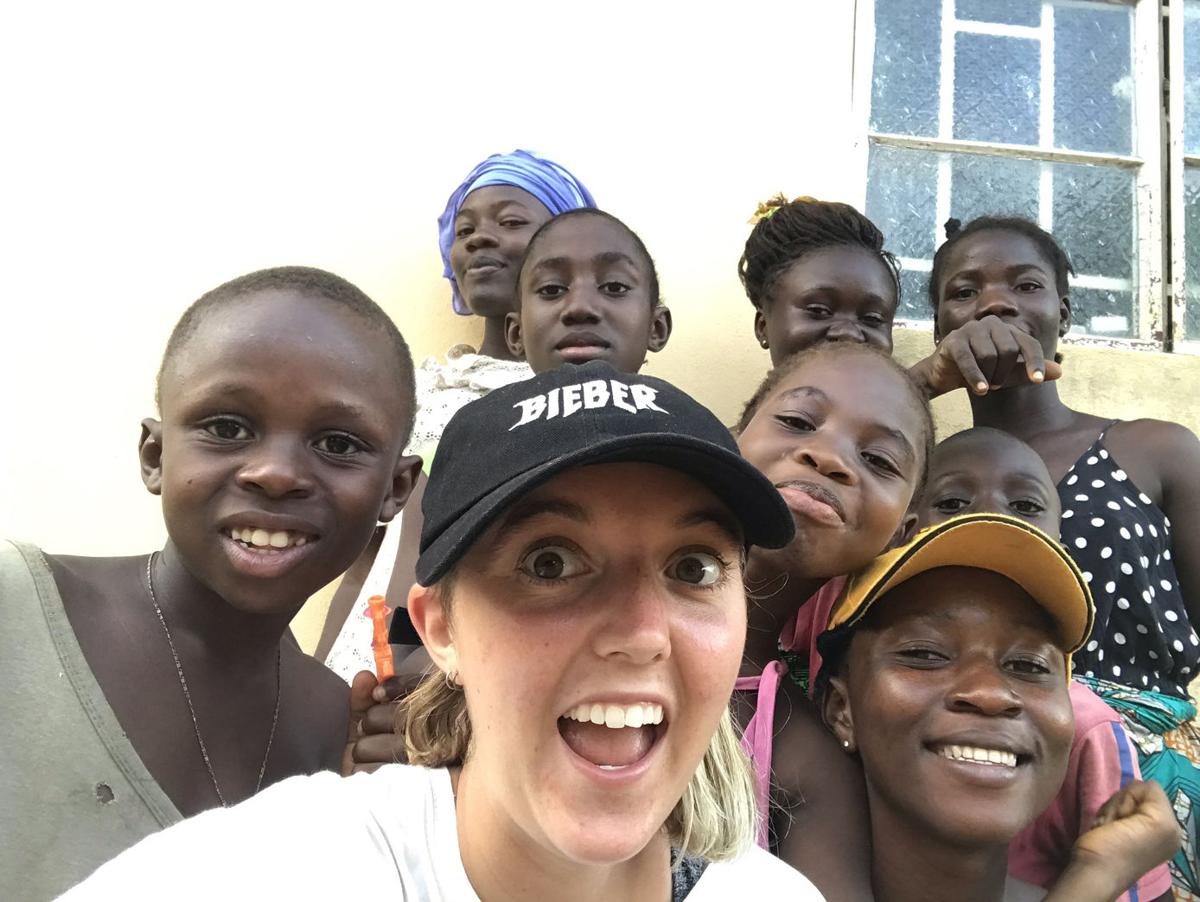 Anne Heintzelman's friends and neighbors. She stated she went to their house every day and cooked with them. The girl in the hat is her best friend Hawa. 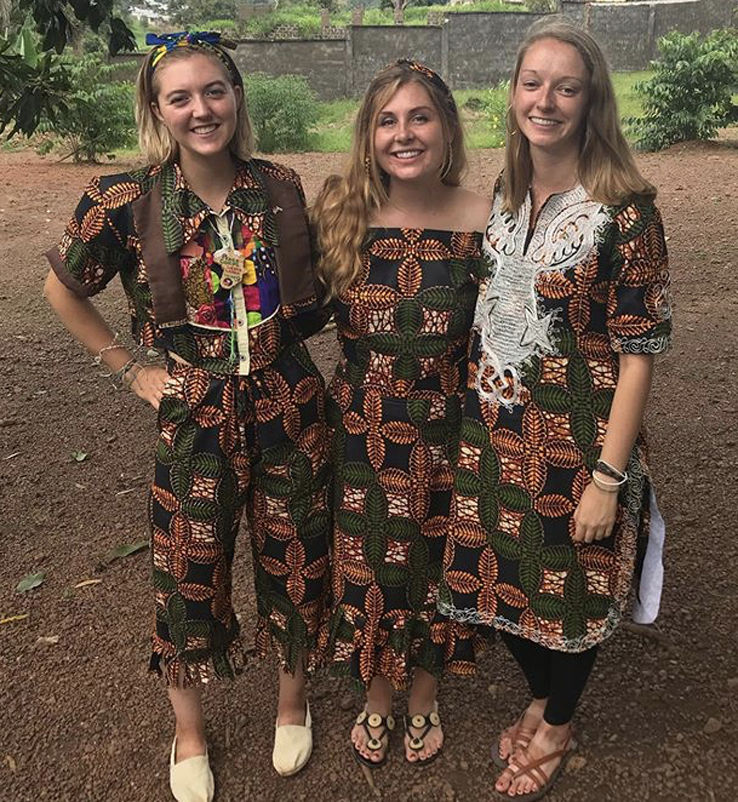 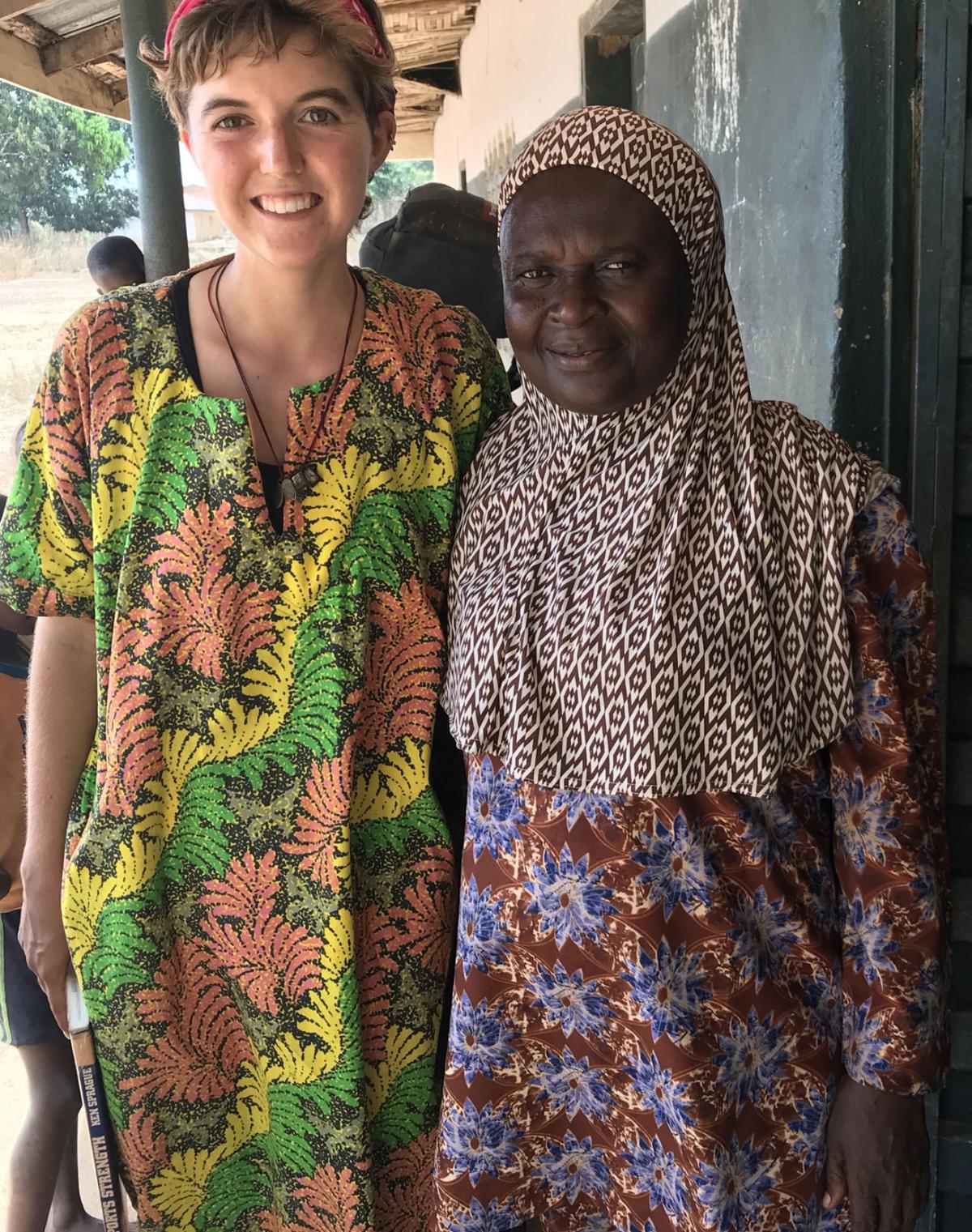 Nine months ago Elsberrian Anne Heintzelman left the United States headed to Sierra Leone, Africa for an adventure of a lifetime in the Peace Corps, but like so many other things these days her adventure that was supposed to last two years  was cut short because of the COVID-19 pandemic.

Getting the opportunity to go was no small feat.  Heintzelman spent six months getting medically and legally cleared through the Peace Corps.  She left St. Louis on June 17, 2019, but on March 16, 2020,  word was received that all Peace Corps Volunteers worldwide were being evacuated due to increasing air travel restrictions due to the pandemic.

“We had one day to tell our school/community good-bye and get packed,” said Heintzelman.

When Heintzelman arrived in the southern district of Pujehun she had no idea what life was going to be like.  She started with 10 weeks of training living with a host family in a compound with four living areas and about 20 people.

After training she moved onto her site where she was a science and mathematics teacher at an all girls’ secondary school.  At this location she was able to have her own house, but became very close to her next door neighbors who helped her everyday with something in the culture.

Learning a totally new way of life is not something many people desire to do.  Heintzelman was blessed to be welcomed into her site.

“They supported me, were patient with me, and even helped me learn the Mende Language. They taught me so much about the culture of Sierra Leone.”

One of the hardest things to adjust to was the stereotype of a white person in this area.   Heintzelman explained that in a country that has received a lot of foreign aid the perception was that white people are all rich and have money to give freely.

“It was difficult for me to get used to people asking me for money when they first interacted with me, but as time went on I was better equipped to explain who I was and people got to know me,” she said.

Heintzelman is very disappointed in her short lived adventure, but she also realizes the severity of what the world is facing.

“I am very grateful that my family and friends are healthy”, she added.

She still feels unfinished though as she was  wanting to do several projects with her students,  but that won’t happen now. While there, Heitzelman had begun reading news for the local radio station, and she is able to continue to do that from the U.S.

There is definitely uncertainty about the opportunity to go back, but Heitzelman is keeping her options open.