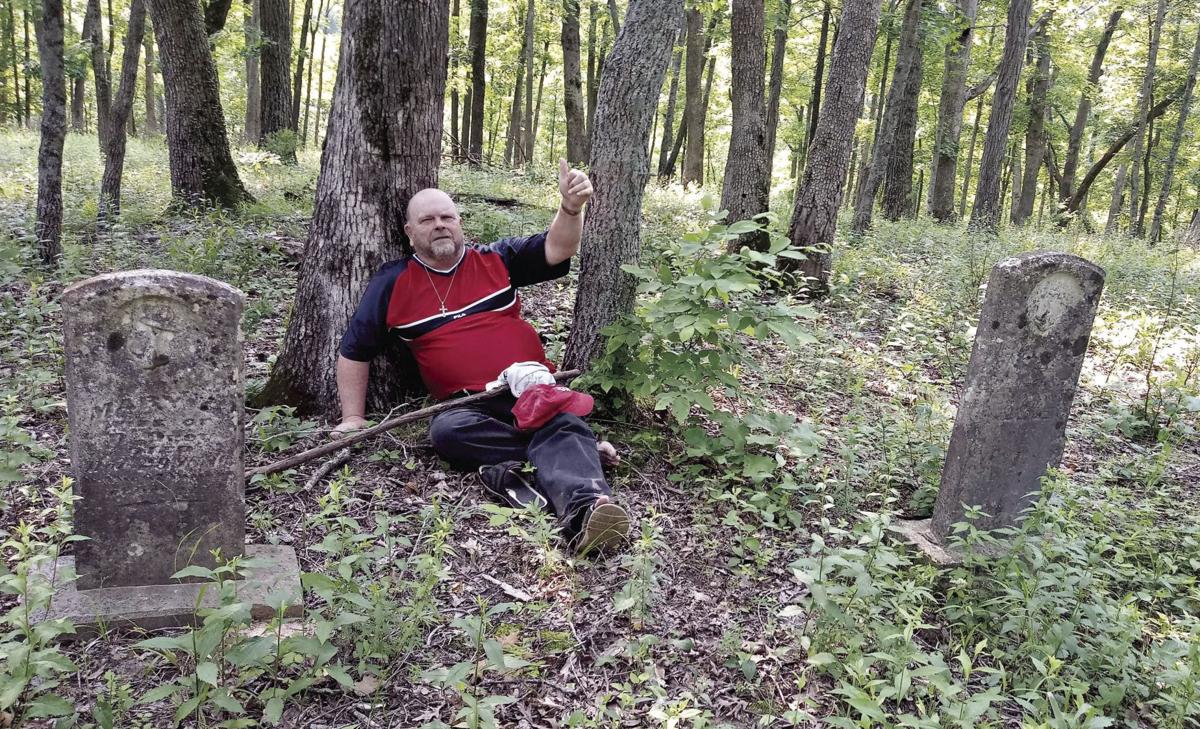 Our intrepid reporter takes a break after hiking all day, trying to find the resting place of David and Mary Duey. Photo by Norm McFadden 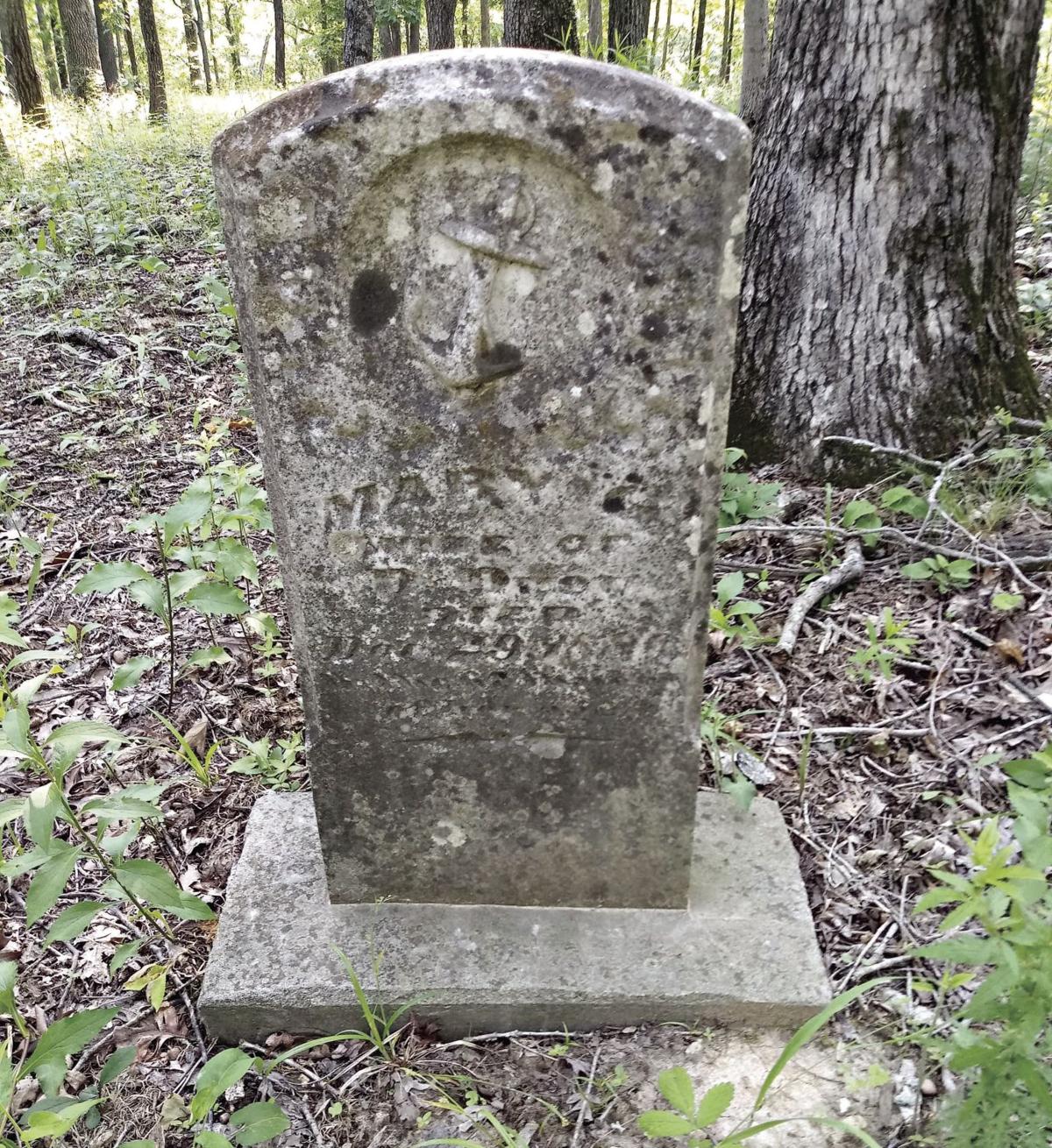 The love between a parent and child is the purest deepest form of love that one could ever imagine.

A love so strong that it could cause the dead to be restless and wander in search of their children forever. Or at least, that is how this story goes.

It is said that there are two restless spirits that wander the hilltops that overlook the Sugar Creek in Cuivre River State Park. Hand in hand, they will forever search for their ten children that were never laid to rest in the family gravesite. That is where David Duey and his wife Mary both are buried on a hilltop in the middle of what is now the state park.

David was born in 1812 in Jackson County, West Virginia. Shortly after David was born his parent split up, they then decided to give him to a couple that was childless.

At the tender age of six years old his foster parents decided to move from West Virginia to St. Louis, Missouri.

David lived in St. Louis until his foster father died, he then moved to Troy with his foster mother until she later passed away. It was soon after that he met his wife, Mary. It was love at first sight. They were quickly married and went on to have ten children, nine boys and one girl. David also helped to establish the first Christian Church in Troy. David was a good man who faithfully served God and his family. One of his children, Beverly Duey even grew up to become the Lincoln County Sheriff.

David passed away on Dec. 27 1858. There are no details as to how he died. He was then buried just about a quarter of a mile from his homestead on a hilltop nearby to Sugar Creek in Lincoln County, Missouri. Mary passed away 22 years after her husband in the year 1880. Beside their stones are set ten smaller ones for their children that never came home to be buried.

Rise of the Beasts revealed as title of new Transformers blockbuster

It had been the greatest wish of David that even in death that the family would remain together. But for some reason or another not a single one of their children was buried there. They say that as long as their children are not brought to the parents’ graveyard that David and Mary with remain eternally restless, wandering forevermore in search of their missing children.

If you too are restless and wish to seek out the grave site of the Duey family I suggest you bring your hiking boots, plenty of water and your lunch and certainly don’t forget the bug repellent. It took this reporter from 11 a.m. to almost 6:30 p.m. to find them.

“My son, keep thy father’s commandment, and forsake not the law of thy mother.”

“But if any provide not for his own and specially for those of his own house, he has denied the faith, an is worse than an unbeliever.”

If you have an urban legend or local folk tale give Norman a call at (636) 233-6878. For more works by Norman Mcfadden visit PolstonHouse.com.

The season of giving and sharing

A whole lot of people have the wrong idea when it comes to the meaning of Christmas. Now when I think of Christmas I think about love, kindnes…