World League Wrestling owner/operator Leland Race cuts the ribbon on the “Grand Re-Opening” of WLW at the Race Wrestling Area during its Open House on July 31. 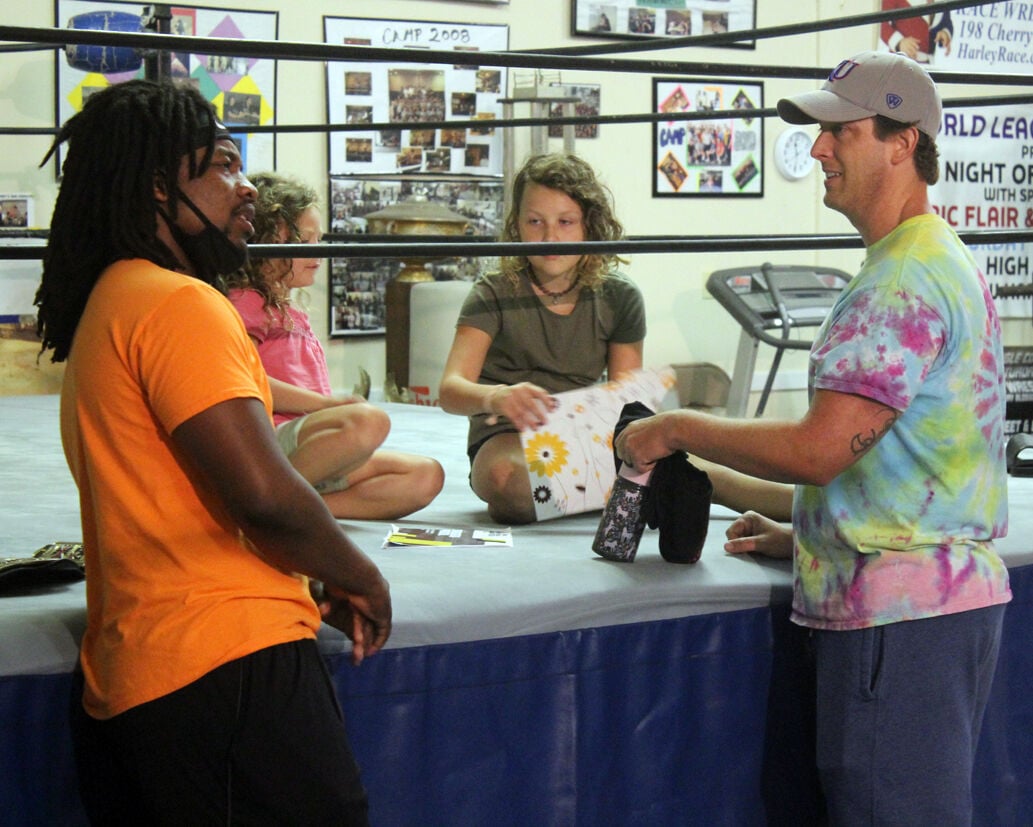 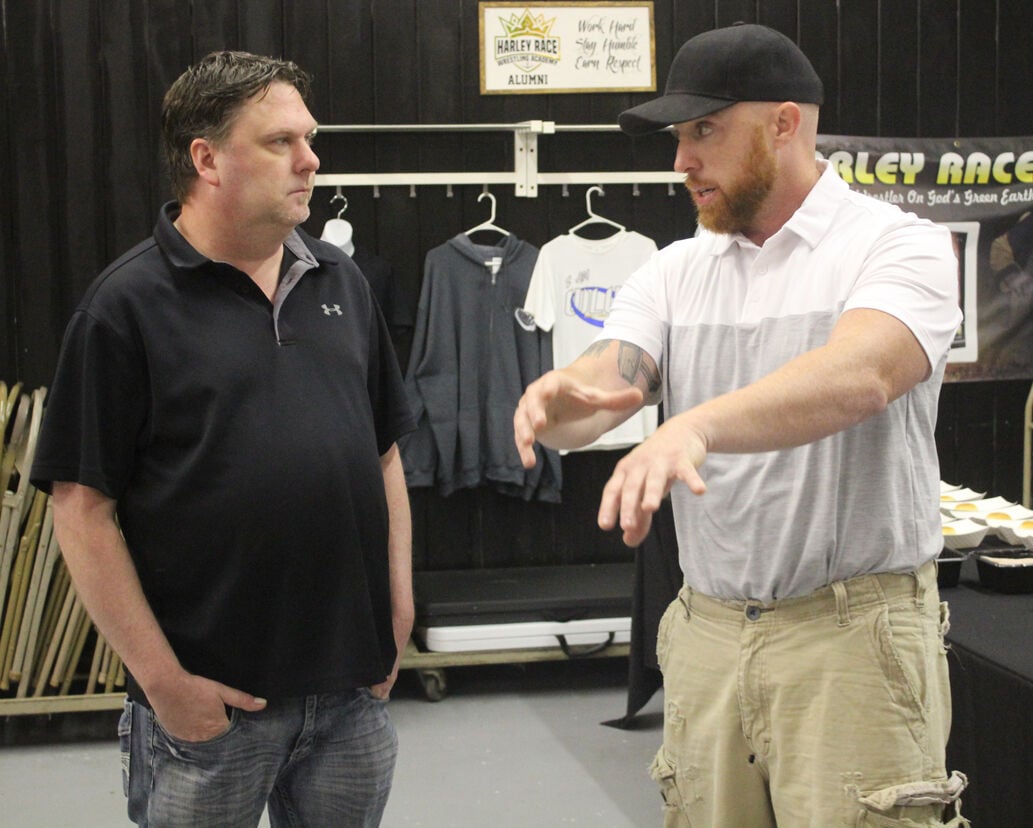 World League Wrestling owner/operator Leland Race cuts the ribbon on the “Grand Re-Opening” of WLW at the Race Wrestling Area during its Open House on July 31.

Troy, Mo. - For a lot of devotees of live entertainment, they always get to see the show in front of them.

However, they rarely get a glimpse of what’s behind the curtain.

On July 31, World League Wrestling gave its fans that opportunity, when it held its “Grand Re-Opening” at the Race Wrestling Arena in Troy.

“A lot of people get to see (the ring) from 6 p.m. during the show,” WLW owner/operator Leland Race said. “They don’t get to see what’s behind the scenes, and interact with the wrestlers.

Race said the building was a “blank canvas” when he and his father, wrestling legend Harley Race, bought the building in 2014.

Originally, the Race Wresting Arena had white walls all over and just a ring. Today, the building has multiple TV screens, with black-painted walls.

“We had no intention of holding events in this building,” Leland Race said. “Now this is our building.

“This is equally as important to me, as it is to (the wrestlers and fans).”

WLW World Heavyweight Champion Moses “The Deliver” was on hand at the event to greet the visitors – and he was more than excited with the reaction from the Lincoln County community.

“It’s amazing,” he said. “It’s always nice to see people in the building.”

Moses also said it was tough working and training during the COVID-19 pandemic, and not knowing if performing in front of fans would ever happen again.

Also at the “Grand Re-Opening” was Jim Fishback.

Known as “Jimmy Fish,” the voice personality has worked for 30 years as a broadcaster, DJ and pitchman at radio stations, clubs and networks across the United States and Canada.

He has voiced the trailers for “Masters of Horror” of Showtime, and worked for TNA Wrestling.

“About 10 years (WWE Senior Director of Content Development) Jeremy Borash was looking for a radio voice,” he said. “He came to Chaifetz Arena, they liked me – and that’s how I got in.”

While talking to fans, Fishback talked about how working for WWE might be the best of his many voice gigs.

“They send me a script,” he said. “I spend a few minutes looking at it – and I make more money in a few minutes than I make all day working other gigs.”

Moses said WLW is a rising brand, but without fans like the ones who came out to its open house, it doesn’t exist.