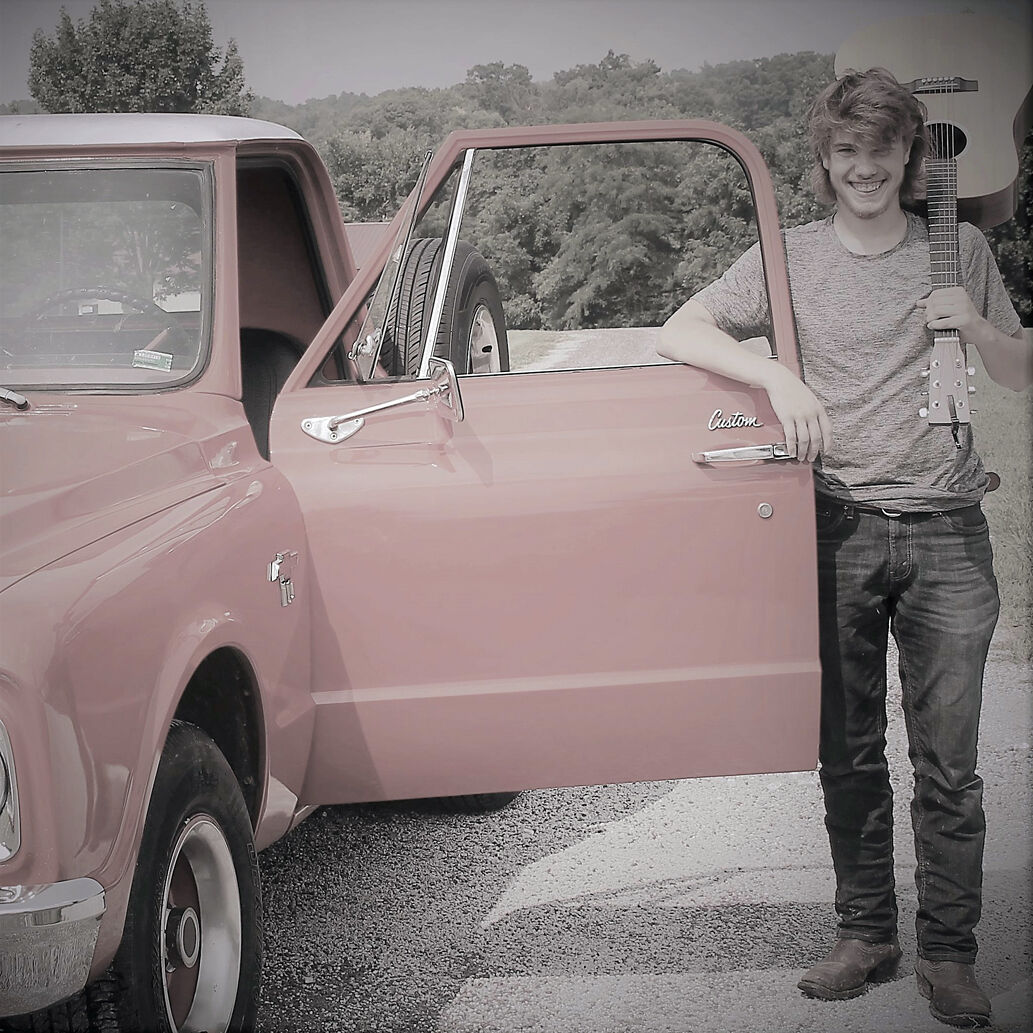 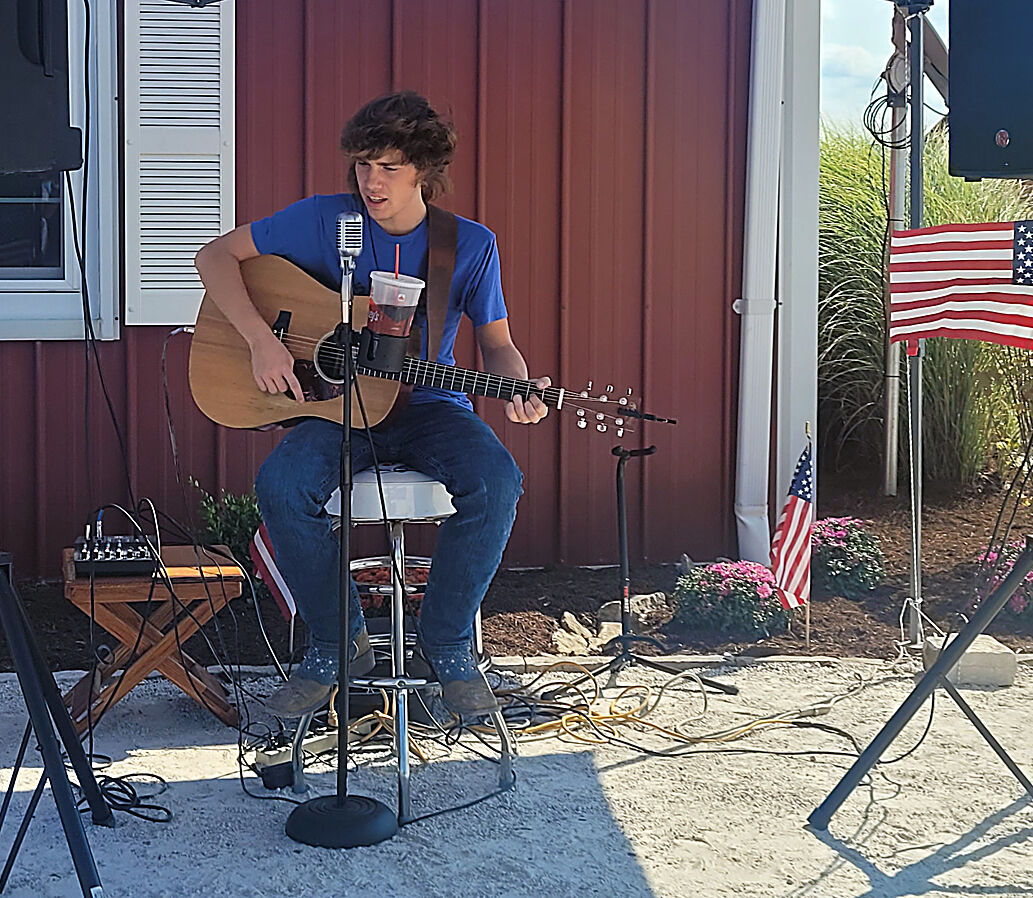 Elsberry’s Jesse Vaughn performs at the Veterans Recognition event at Double Eagle Ranch in his hometown. Vaughn has also traveled to bring his love of country music to many outlets throughout Missouri.

Elsberry’s Jesse Vaughn performs at the Veterans Recognition event at Double Eagle Ranch in his hometown. Vaughn has also traveled to bring his love of country music to many outlets throughout Missouri.

Elsberry, Mo. - Jesse Vaughn may seem like a typical 16-year-old junior in high school, but his dreams are growing fast as he gets ready for the big release of his first original country song.

Vaughn started messing around with a guitar about six years ago learning the older traditional country songs with his biggest inspirations being Johnny Cash and Hank Williams.

He has now been singing in the public for the last three years at local venues such as AJ’s Tex-Mex and the Elsberry Community Growth Association’s Summer Concert Series in Elsberry. He is also busy performing in many other local small towns through-out Missouri.

Sometimes it ‘takes a village’ and Vaughn says his whole family has been a strong support system for him. His parents have taken an active role in his bookings and managing his music equipment.

His grandmother brought him to a local jam session where he met Dean Raymer, the first female booking agent in Missouri and Dodge Raymer who was the president of the Gateway Country Music Association

Vaughn went on vacation to Nashville with his family this past June and took part in an open mic night at Tootsies which is Nashville’s go-to destination with more music history per square inch than anywhere else in Music City. He also played at Legends, a classic dive bar that provides great country music and has also been home to many up-and-coming country music artists.

While in Nashville, and because of the connection with the Raymer’s, Vaughn was able to meet with country music songwriter Bill Whyte to write a song together.

Whyte is a CMA award winner and a member of the Country Radio Broadcast Hall of Fame. He is originally from the St. Louis area and currently resides in Nashville and has been in the entertainment business for over 30 years. And it’s no wonder they hit it off because Whyte also attended Elsberry High School and had his own band at just 16 years old.

Vaughn’s song Old School Country, (co-written with Bill Whyte), will be available on all streaming platforms on Oct. 1.

Vaughn says he is so thankful for everyone in his circle. He plans to keep singing and going to school and says he just wants to make a living doing what he enjoys.